Ted Cruz's Insane Jihad On U.S. Government Totally Validated By This One Meme He Saw 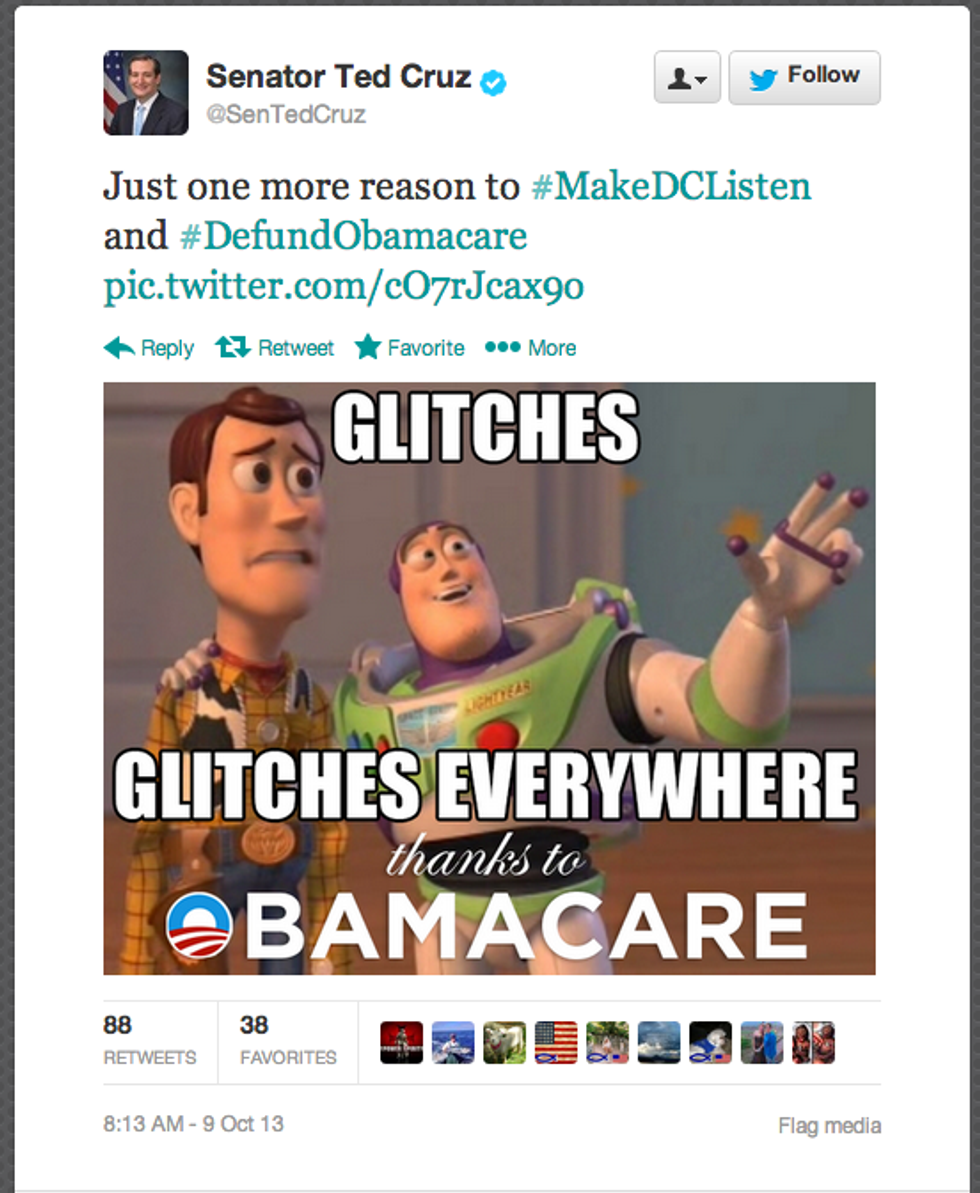 Senior Canadiano El Senator Ted Cruz has gotten a little guff. From his colleagues, from the American people, from that mean old Andrea Mitchell. But he has stood firm! He has stood firm in fighting for ... well, nobody is sure anymore. Like, at first it was against Obamacare, but then everybody was like dudes we hate you for shutting the government down over Obamacare, so then they changed it to "we don't even know what we want," which, points for self-awareness. And then there was some stuff about how it was about "spending" and "the debt," which is so self-evidently insane that they may have shut up about it by now? We are not sure. Now it is about "entitlements," maybe? But Ted Cruz is still fighting that one good fight against Obamacare, and its terrible no good very bad website. Which makes the government shutdown -- and possible worldwide depression once we breach that bad ol' debt ceiling -- totally worth it.

But here's a question, and we are not Ezra Klein, so we do not know the answer to this, maybe someone can help us out?

If the Right's entire reason that Obamacare should be defunded is because the insurance exchange marketplace website is bad -- and that is pretty much their entire argument right now, besides "Hitler" -- would turning the government back on maybe help to fix the website? Like, maybe they could hire some extra IT dudes to go in and find the errant scripts and line them up against the wall and shoot them?

We are just asking questions, because we really do not know! Can somebody ask Ezra Klein?