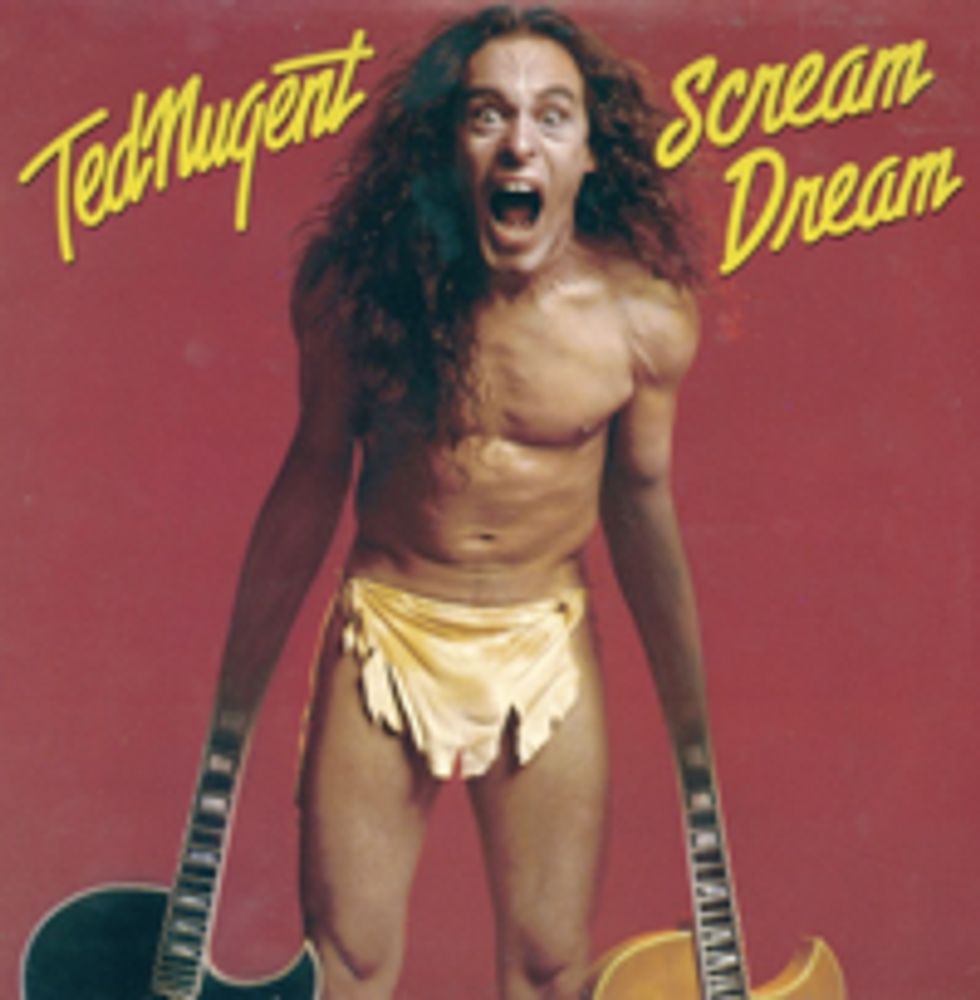 Somewhat famous rock 'n' roll wingnut Ted Nugent is a contributor to the hot new TIME 100 list, which we are too scared to check out in full. (DidMeghan McCain make it, or did Didier Drogba "kick her out" of the last spot? That is a soccer joke!) While Nugent, tragically, did not make this list (again, we don't know, maybe he did!), he was awarded the prize of writing Sarah Palin's entry, which begins like so: "If Sarah Palin played a loud, grinding instrument, she would be in my band." Jesus.

Amazing that he was able to type such overwrought gibberish with only one hand:

She embraces the critical duty of we the people by participating in this glorious experiment in self-government. The tsunami of support proves that Sarah, 46, represents what many Americans know to be common and sensible. Her rugged individualism, self-reliance and a herculean work ethic resonate now more than ever in a country spinning away from these basics that made the U.S.A. the last best place. We who are driven to be assets to our families, communities and our beloved country connect with the principles that Sarah Palin embodies. We know that bureaucrats and, even more, Fedzilla, are not the solution; they are the problem. I'd be proud to share a moose-barbecue campfire with the Palin family anytime, so long as I can shoot the moose.

You'd think that at least one copy editor at TIME, upon reaching "We who are driven to be assets...", would suggest to the higher ups, "Uh, can we just get Piper or whatever to write it instead?"