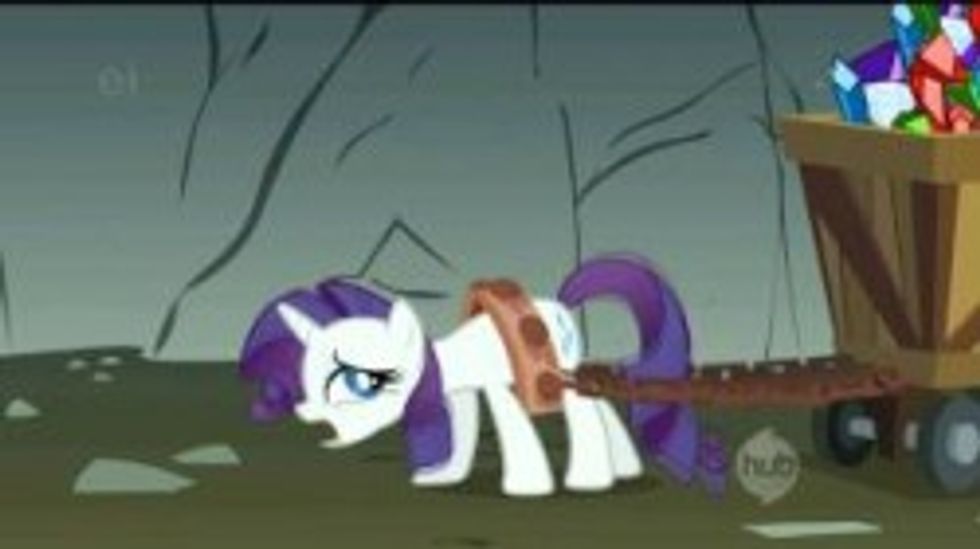 Poopypants draft dodger Ted Nugent loves America and the Constitution so much, you guys! He's evengot a plan to save our land from the flood of Messicans by sentencing all illegal immigrants to 5 years of indentured servitude, after which they can stay, maybe. In a WND column that reads like something a group of twelve-year-old boys might brainstorm while thinking up cool torture ideas, Nugent lays out the key elements of "The Nuge Immigration Plan (NIP)," which really sounds like it should be applied to yer Japaneses, if you know what we mean. HAR!

Seeing as how Yr Doktor Zoom is a newly indentured person (and thanks to everyone who helped with that), we are uniquely qualified to assess the NIP. After careful consideration, we believe it is a steaming load of dingo's kidneys.

Even Nugent seems a bit unclear on who it would apply to; First he says he says that "All legal immigrants who are willing to bust their hump... are welcome" and that "Everyone else should be forced to vamoose back to Mexico," which is sure going to suck for Irish nannies who have overstayed their student visas. Although apparently people who put in their five years of being indentured servants will be allowed to stay, Nugent also insists "The NIP is not an amnesty program. Amnesty is for left-wing mollycoddlers, losers, bureaucrats and hippies. Occupy that." Don't you just love how tuff he is?

The bestest smartest part of the plan is this:

We need a real full-length, undefeatable border fence built. All illegal men in America should be required to work on building the fence, to be completed in one year. We would pay them minimum wage, provide food and shelter, and provide them English and American history classes at night. Everyone wins.

How will this be paid for? Where will all the illegal women and children stay for the year the Superfence is being built, and every single illegal male in America has been relocated (also presumably for free?) to the border zone? Dunno, don't care. But they sure as hell aren't going to get any "state or federal crack welfare," because "When the going gets tough, the tough Wango ze Tango." This is news to us, because we thought they Bibbitty Bobbitty Boo.

Also, if any illegals have kids in gangs, the whole family will be deported to Mexico, because toughness. And no more anchor babies, because the 14th Amendment allowed a Kenyan to sneak into the Presidency.

Our massively ignorant, politically correct, terminally boondoggled juggernaut of a federal government should immediately cease printing any signs or literature in Spanish or any other language.

The most racist thing our government does is to print literature in Spanish, thereby encouraging people not to learn English and deny themselves all the American Dream has to offer.

And if anyone being rounded up doesn't unnerstand, just yell at 'em louder.

Anyway, Ted Nugent has solved the immigration problem, and anyone who doesn't want to play along is a whangdangdoodle catscratch flibberflobber hoopteedoo who is soft on crime. Love it or Leave it, and we're really looking forward to the day when all the illegals who don't comply get deported to Mexico, which is just going to have to figure out what to do with those Guatemalans, Filipinos, Brazilians, Indians, Salvadorans, Koreans, Hondurans, Russians, Chinese, Ecuadorans, and Poles.