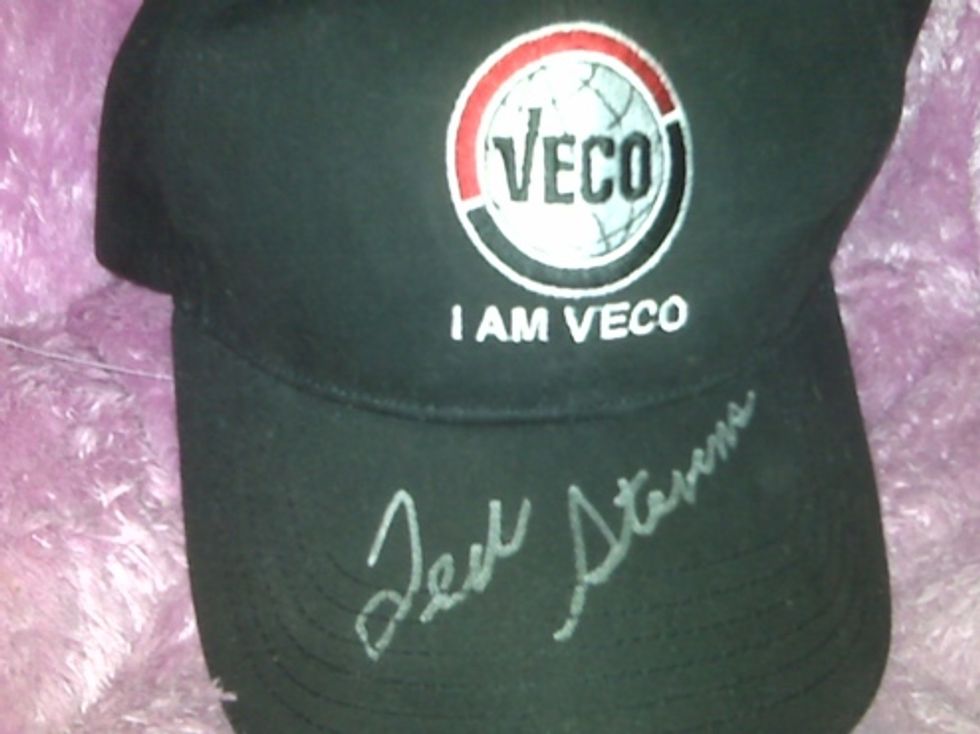 A ballsy Wonkette hero operative sends us a fantastic photo with this description: "I got convicted Senator Ted Stevens to sign this 'I am VECO' hat with a silver sharpie on election night 2008." No, it's not just funny because she fooled Stevens into believing that she was a supporter. Veco, for you hippie anti-corporates, was thecorrupt company that bribed Ted Stevens with hundreds of thousands of dollars in gifts and money, which he forgot to report! This led to his criminal conviction on seven counts, which was followed immediately by his reelection to the United States Senate.