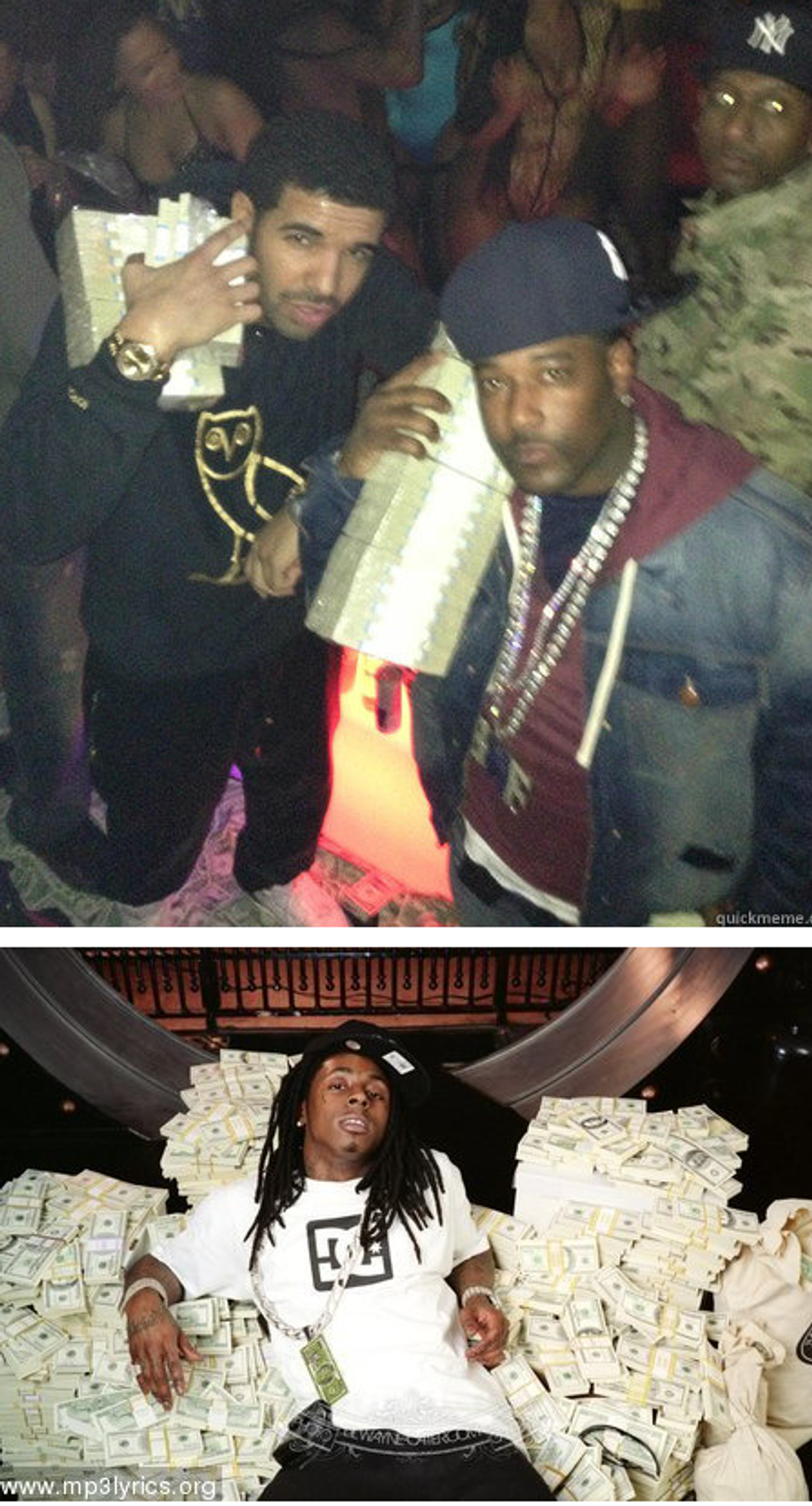 (Updated; see end of post) As Master and Commander of Her Editrix’s Ship Teen Korner, Yr. Teen Kolumnist needs to inform you of the terror of the digital gulfstream: piracy! Specifically, internetz piracy! These brigands of the information super-highway seek to wantonly rob innocent millionaire producers of their overpriced treasure! And worst of all, these dogs have no honor, nor basic respect for the tenets of capitalism as we know it! In fact, they are even corrupting our precious, precious children, as teenz are responsible for an enormous percentage -- which I won’t bother looking up, but it’s huge -- of those perpetrating this crime! It is so severe that no punctuation short of an exclamation point is adequate! Yarr!

As everyone knows from helpful and necessary warnings at the beginnings of movies, piracy is a crime equal to theft, or to murder and helmet defecation (you DID watch the video, didn’t you? It’s from a copyrighted British television programme). However, those heartless criminals seem to ignore the pain and suffering of those poor superstars, possibly because of copyrighted images like these:

However, a lot of teenz I know make an interesting point: it’s only theft in the sense that you have a product without paying. However, the original copy remains completely intact. It's like if instead of stealing a car, you could make an exact copy of a car and drive away in it and then crash the copy of the car because you've only had a week of driver's ed. So, basically, it’s just getting something that you wouldn’t have paid for anyway. More often than not, companies actually lose no money from this because more people are exposed to their products. Most teenz I know actually do end up paying for the stuff they like, eventually. Except for Game of Thrones. It’s more of a free trial than theft, in their eyes. But they only pay if 1) they like the product and want the maker to have their money and 2) they actually can get some money out of their cheap/broke parents before they can waste their kids’ college funds on alcohol and collectible pony toys. Some families may be different, I wouldn’t KNOW.

There are some exceptions to this rule: first of all, "limited transfer policies." The reason that most teenz (I mean teenz who are not me because I would never never do something so evil) download music off of the internet is iTunes’ stupid policy. They only allow you to transfer your songs to five computers, and for people who might need to use their devices to, say, share a song with a teacher, this is extremely inconvenient. Therefore, the simple solution is to download the exact same file for free off YouTube, and be able to transfer it anywhere else. EA’s gaming policy is shitty, too -- “sucks” doesn’t begin to describe it. Gamers often update their computers, as is necessary for all these new-fangled graphicky sin-ulators. However, EA’s “Origin” system will only allow you to transfer them to five computers, and this is the entire reason that Steam has what could be generously called a monopoly on mainstream (and indie) PC games.

The second is pure overpricing. Seriously, when you tell someone that they have two options: buy an entire album for $20 to get a single goddam song, or download it, chances are that, unless they REALLY love the band, most people will go with downloading. The third motive is pure hatred of an artist/developer, except when they've made one or two good things. It’s no secret in the gaming world that EA is hated. However, they make some good games, Mass Effect 3 and Syndicate being on top of the list. Therefore I know a lot of people who, not wanting EA to get ANY of their money, pirate each game, even when they COULD pay. The same could be said of Nickelback’s “Rockstar,” the only tolerable song the band has ever done.

So what would stop piracy? Well, the apocalypse has the best shot. Tougher file encryption lasts about long enough for hackers to pop open a Red Bull and tear themselves away from 4chan. Making stuff cheaper and easier to get helps, but it won't stop all binary banditry. I do have some ideas about what definitely doesn't work, and why, and I'll tell you all about that next week, assuming I catch up on Game of Thrones.

UPDATE/CLARIFICATION/APOLOGY by Doktor Zoom & Kid Zoom: After reading the comments, Kid Zoom wanted to clarify some matters that really belonged in the original post, and which as an editor (and a dad) Yr Doktor Zoom should also have pounced on before it went up. The big one is this: Kid Zoom really should have made a much clearer distinction between his own views and habits re. digital piracy and the reported views/habits of his peers, which aren't necessarily the same thing. Or as he put it in an email for this update,

What I was trying to do was write an article about why your average teen pirates things, be it music, TV shows, or videogames. I guess it came across as an excuse, or even an endorsement of piracy. I was trying to explain the most common rationalizations for piracy, not rationalize it myself. I didn't state that clearly, and I apologize for this.

The other thing he wants to add is that, by his count, he has downloaded exactly 13 songs from YouTube, and that 10 of those files are songs he had already purchased on CD or iTunes. He'll be purchasing those other three songs today.

He also wants to say that while he was on iTunes, he found a copy of John Cage's "4:33" for 99 cents, but decided against getting it because so many comments had noted that classical music sounds crappy on MP3.

Kid Zoom is a high school sophomore in the wilds of Idaho. He is the spawn of Doktor Zoom. He has no pirated video games because he is really sure that Gameboy emulators don't count.