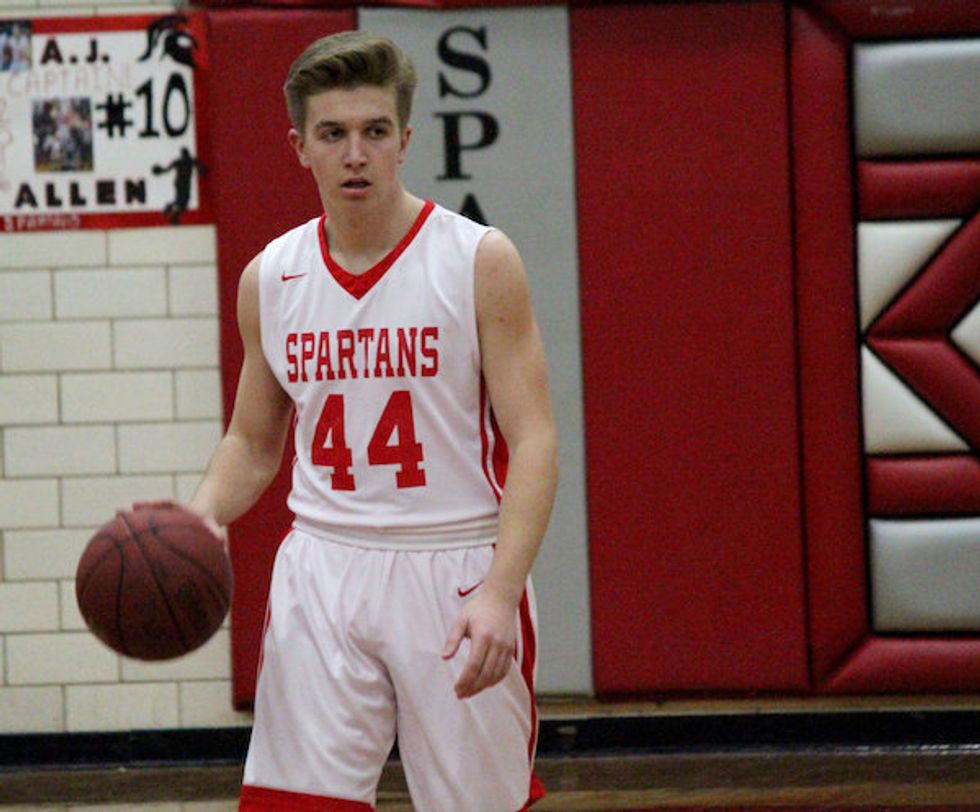 In the 1920s, it was the Charleston, in the 1950s it was the hula hoop, in the '70s, the pet rock, and in the 1990s, for god knows what reason, it was Beanie Babies. The hot trend in the 'Teens? Letting well-off, white, high school athlete-types do whatever the hell they want without fear of consequences! From that darling fella who was tragically born too rich to have any idea it was wrong to get super drunk and drive into some people, to the spate of precious darlings who have gotten away with sexually assaulting women with barely a slap on the wrist! AH, who are we kidding. This isn't a trend, it's as much of an American Classic as those Brooks Brothers pants with the tiny lobsters on them. The real hot new trend is the fact that these things are actually being reported on now.

Anyway! It seems another one of these precious angels found himself in quite a pickle after innocently sticking his hands into the vaginas of some unconscious girls at a party he attended this past April. But luckily, a sympathetic judge was on hand to make sure things went his way.

If anyone had earned the right to stick his hands in to the vaginas of some unconscious teenage girls, it was David Becker of East Longmeadow, Massachusetts. He played three whole sports and "clocked the second-most hours of community service in his class"! But for some reason, those vindictive Jezebels didn't see things his way and pressed charges against him anyway. Two counts of rape and one count of indecent assault? How is that even fair?

After they finished, one of the victims said, both girls went into an upstairs bedroom — one requiring assistance walking up the stairs — and Becker later came in to talk, before they all fell asleep in the same bed. Each reported waking up to Becker sexually assaulting them.

In a text message to one of the victims the next day, Becker apologized for the assault, court records show. The victim responded with a text telling Becker “don’t even worry about it,” but later told police that she said this because “she did not know what else to say,” Ingalls’ police report states.

See? He APOLOGIZED. How was he to know that teenage girl did not want his hand in her vagina if she was too asleep to tell him so? Surely, David Becker, mensch that he is, would be far more understanding if he woke up to find those two girls had stuck a broom handle up his ass or stolen his wallet!

Thankfully, the judge saw things his way, and instead of giving him jail time or putting him on the sex offenders registry, only requires that he go on probation and not drink or do drugs or have any contact with the victims. And he can do this in Ohio, where he plans to go to college!

His attorney is very satisfied with the sentence, as he realizes what a horrible tragedy this would be if David Becker's life were ruined by being labeled a rapist the rest of his life, or if he were not allowed to have a super rad time in college!

"He can now look forward to a productive life without being burdened with the stigma of having to register as a sex offender," said attorney Thomas Rooke, who defended David Becker, 18, in court. "The goal of this sentence was not to impede this individual from graduating high school and to go onto the next step of his life, which is a college experience." [...]

"We all made mistakes when we were 17, 18, 19 years old, and we shouldn't be branded for life with a felony offense and branded a sex offender," Rooke said. "Putting this kid in jail for two years would have destroyed this kid's life."

Ah yes, mistakes! Probably he just slipped and fell into an unconscious teenage girl's vagina. Happens to the best of us.

You know, the thing about these cases, about all of them, is the fact that the judges and the lawyers and everyone involved in them don't actually think the "kids" did anything wrong. The underlying theme here is "Well jeez, what kind of red-blooded American boy wouldn't want to stick his fingers into an unconscious teenage girl's vagina?" They identify with the David Beckers and the Brock Turners, and not the girls waking up to find some douchebag's hand in their vagina. It's unlikely that they would impose sentences this light if the girls were under the age of 12, or if the victim was a heterosexual teenage boy and the assailant a gay teenage boy, or a teenage boy and an 80-year-old woman. Or even if it were a different crime. If David Becker stole the girls' credit cards and ran up a $1000 bill, he'd probably be in more trouble than he is right now. Oh! Or hey! If he were a black kid just walking down the street, all suspicious-like.

Essentially, they're saying "A crime wasn't really committed, because we can totally understand where that kid was coming from." Essentially, they're saying that once women hit puberty, they don't quite have the same right to say who touches their bodies as everyone else does. That they have less of a right to say what goes on with their vaginas than they do with their wallets. And that is really weird! And I just can't stop wondering, you know, if we asked these judges and lawyers, which they would prefer -- to get robbed of $1000 or to have David Becker stick a finger in their ass while they were asleep without their consent, which thing they would pick. Because I've got a pretty good guess.

But hey! Whatever! The important thing here is that this fella has a good time in college, and gets to play lots of sports and go to lots of toga parties without anyone being all "EW, he's a rapist!" about stuff! However, I encourage all women planning on attending college in Ohio this year to take a long hard look at this precious angel's face, memorize it, and stay the hell away. Because apparently, that is the only recourse we have!