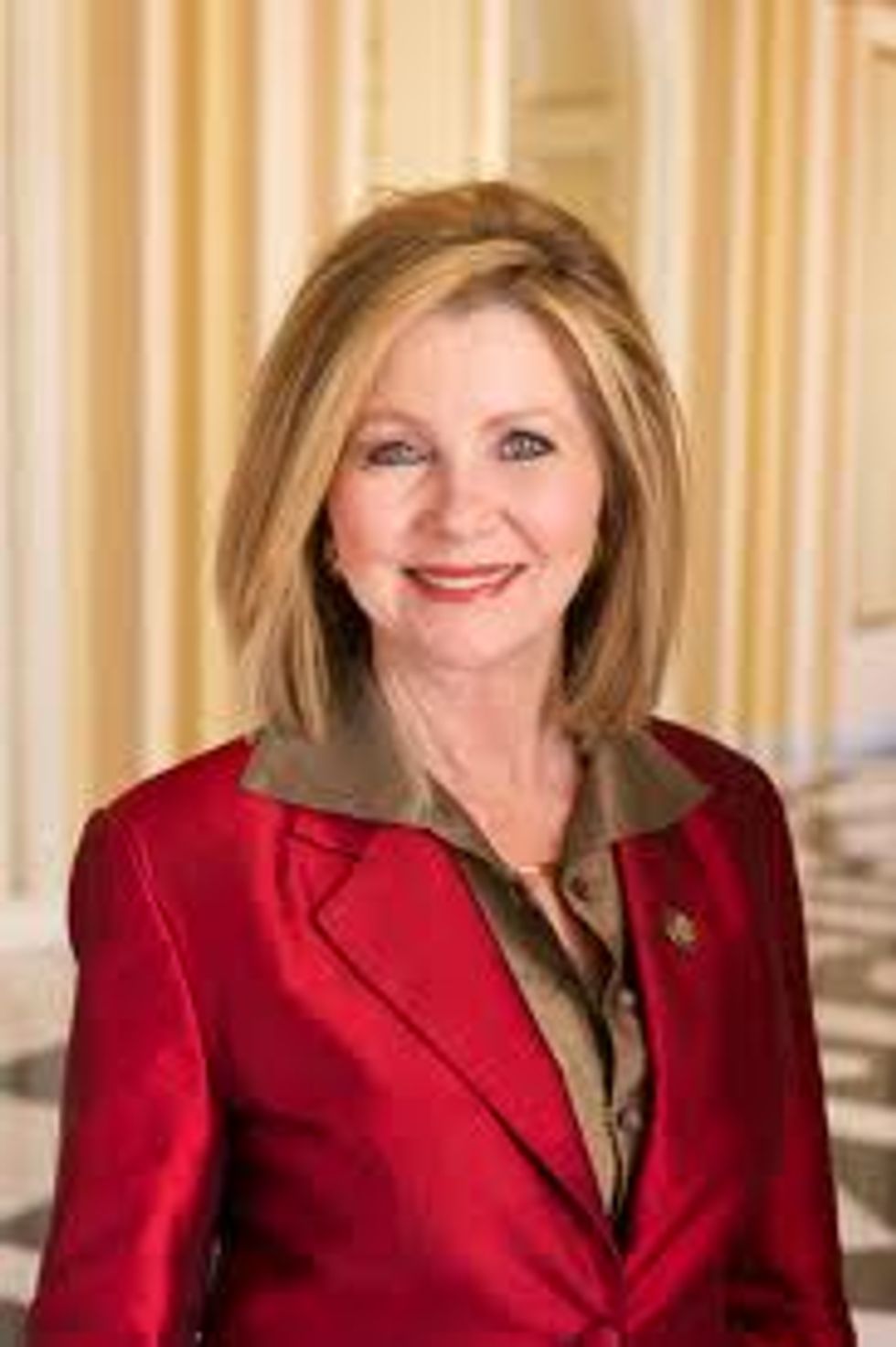 Hey ladies. How you doin? Do you like things like equal pay for equal work, being treated fairly in the workplace, and not having a partner physically abuse you? Do you think it might be nice if there were laws to enforce these types of things? If so, you are one of those goddam lesbofemanazis out to destroy the all vagina-Americans everywhere! Don’t you know that women, REAL WOMEN, don’t want those kind of radical decisions to be handed down by bureaucrats Washington D.C.! Or so says your fellowvagina-American, Rep. Marsha Blackburn (R-TN), because she hates all womyn everywhere.

Rep. Blackburn was on Meet the Press this weekend spewing forth filth from her frothing face-orifice for reasons that absolutely no one can fathom. One can only assume that NBC was desperate to get a Republican woman to appear on the teevee, and the other one was scurrying back to Minnesota to begin planning the first Quitters Party presidential ticket (Yr Wonkette fully supports Bachmann-Palin 2016 with our prayers, our presence, our tithes, and our service).

While on the teevee, the panel was discussing the recent news that working womens sometimes make more monies than menfolk, which gives all men everywhere whiskey dick and will cause society to utterly collapse, because SCIENCE.

Rep. Blackburn had this Freedom-based insight regarding laws on pay equality and women's place in the workforce:

BLACKBURN: I think that more important than that is making certain that women are recognized by those companies. You know, I’ve always said that I didn’t want to be given a job because I was a female, I wanted it because I was the most well-qualified person for the job. And making certain that companies are going to move forward in that vein -- that is what women want. They don’t want the decisions made in Washington. They want to be able to have the power and the control and the ability to make those decisions for themselves.

Hear that, ladies? Quit relying on the strong arm of Washington and fend for your damn selves. Clearly, you want the power to be paid less if that is what corporate overlords want -- why would you let Washington rip that power from your underpaid hands? And what about being treated fairly? Surely you don’t want laws to help -- you want that power in your own hands, unless of course your employer indiscriminately decides otherwise, because what if they don't think your delicate ladylike hands can handle it, you silly thing, you.

Rep. Blackburn has a long track record of dicking over fellow vagina-americans. In addition to voting against the Lily Ledbetter Fair Pay Act of 2009, she also voted against the Paycheck Fairness Act of 2009, and against reauthorizing the Violence Against Women Act, “citing concerns that the law would protect 'different groups' such as Native American women and LGBT Americans from domestic violence alongside straight, white women.”

Since science has taught us that men are dominant, Yr Wonkette is confident that, on behalf of all women everywhere, we can patriarchally declare to Rep. Blackburn: Vagina Revoked. You are no longer allowed to speak out as a woman, because you are officially ousted from the sisterhood. As your parting gift, we give you an extra-large bag of salted rat dicks to munch on.