Tennessee Governor Candidate: Everybody's Got Someone To Bathe 'Cept For Me And My Raccoon 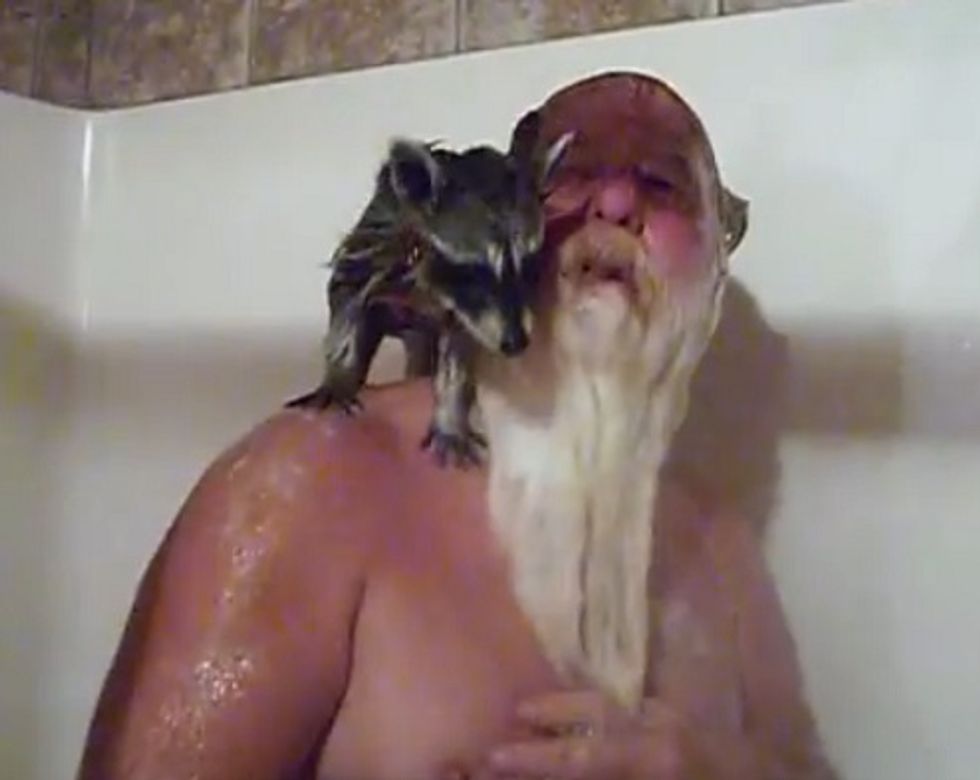 The damp gentleman above is Tennessee'snewest candidate for governor, one Mark “Coonrippy” Brown, 55, of Gallatin, who is running on a platform of getting his pet raccoon back from the Tennessee Wildlife Resources Agency. If he wins, it will mark a new triumph for single-issue politics.

Mr. Brown is displeased with the TWRA following the seizure of his pet raccoon, Rebekah, last summer; the animal had allegedly attacked chickens at a local high school. Tennessee law forbids keeping wild animals as pets, which is surely a disappointment to anyone who watched mediocre Disney live-action movies like Rascal as a kid. Brown decided to run against Gov. Bill Haslam in the Republican primary after Haslam failed to respond to an internet petition requesting a permit to keep Rebekah.

“Gov. Haslam ignored the cries from the entire United States,” he explained. “He can free prisoners, he can pardon people, but he refused the online petition and refused to accept the letter… All eyes were on Tennessee and it made us look bad. It made it look like we were under Caesar’s law.”

Yr Wonkette commends Mr. Brown on his quick mastery of campaign arglebargle and the use of a historical reference that, while not necessarily accurate, is at least not to Hitler. When you think about it, he is running for the most noble of traditional reasons: so that he can change the law to suit his own purposes. And here is a video of him showering with his raccoon before she was taken away, because damned if you'd want to miss THAT.

We wish Mr. Brown well in his coming career in reality television.