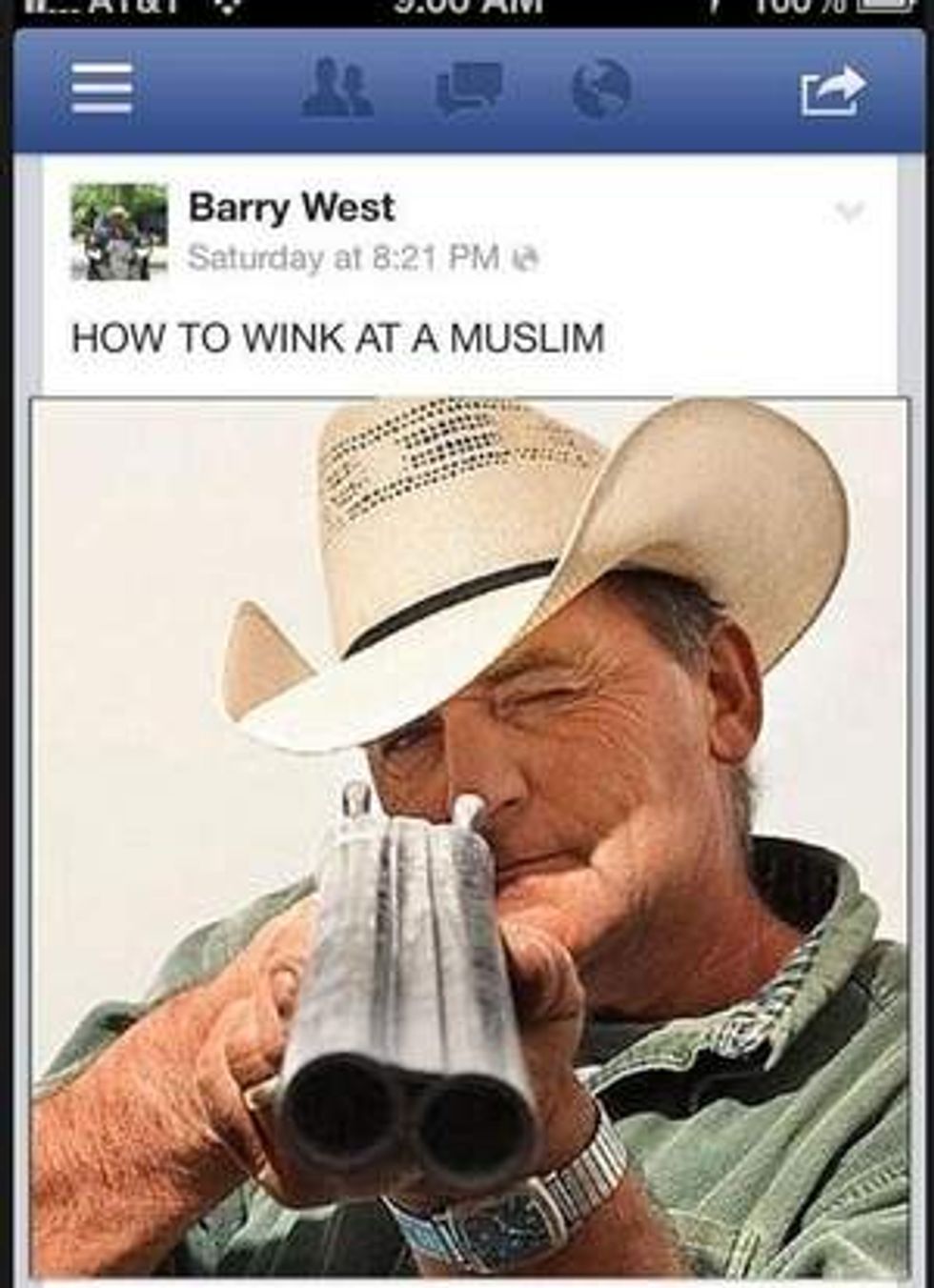 Barry West, a county commissioner for Coffee County, Tennessee,would like to know why he's being "singled out" for having posted this witty little image on his Facebook page last Saturday. After all, it's not him in the picture, and he didn't make up the image. All he did was share it, and then a bunch of oversensitive Muslim types sent screenshots of it all over the place, stirring up trouble and suggesting that the picture somehow advocated violence against Muslims. Where would they get that crazy idea?

And it's not like there are any actual threats against Muslims in the area, unless you count what The Tennessean describes as " a string of anti-Muslim acts throughout Middle Tennessee in recent years, including at least four incidents of mosque vandalism." Or the mosque in Murfreesboro that faced so much opposition that the Justice Department had to intervene so it could open? Well, that was in next door Rutherford county, so that doesn't count, either. Or Tennessee legislator's reflexive freakouts over the fear of sharia foot-baths invading state Capital building restrooms.

But, gosh-dagnabbit, says West, he never did any of that stuff, and besides, as the Tullahoma News reports, he only hates Muslims when they're ruining America. He's fine with 'em the rest of the time:

West was asked by The News if he is prejudiced toward Muslims.

“I’m prejudiced against anyone who’s trying to tear down this country, Muslims, Mexicans, anybody,” he said. “If you come into this country illegally or harm us or take away benefits, I’m against it.”

Of course, since it's pretty much their job to ruin America 24/7, then yeah, maybe he's a little prejudiced, but only because he loves this great country and its freedom to worship Jesus in any way a person might choose.