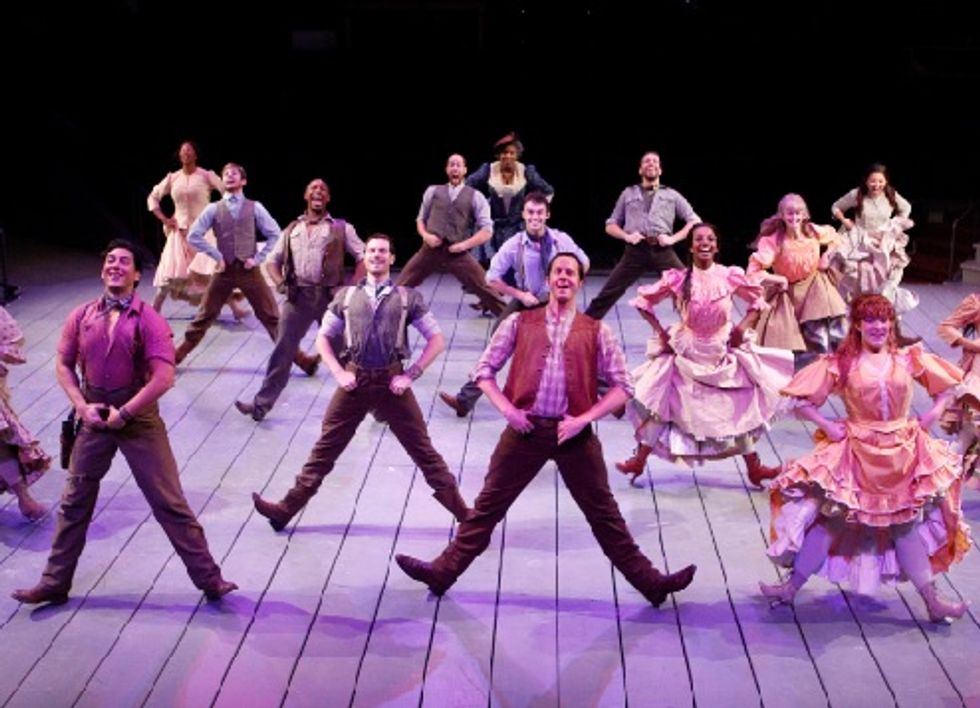 So you already knew about the kerfuffle over the Defense Department'sfascist oppressive decree that, Yes, the National Guard actually is part of the military, so married partners of gay service members actually do get to sign up for spousal benefits. And you knew that Texas is saying "Chain of command? What chain of command? We ain't signing up no homeaux for no benefits." Well, rather than defying the DoD directive by continuing to refuse spousal benefits for gay sojers, Oklahoma Governor Mary Fallin has found a really clever way to treat every military family equally: She's eliminated ALL spousal benefits for married couples in the Oklahoma National Guard, gay and normal-type. How do you like THAT, eh, sweetie? Hmm? You people want equality? Well, you're equal NOW, aren't you?

Apparently she got the idea from this awesome Vonnegut short story she heard about.

Fallin pretended that her decision was the fairest, most pragmatic way to deal with Secretary of Defense Hagel's order to bring National Guard policies into compliance with Department Of Defense policy on spousal benefits:

Oklahoma law is clear. The state of Oklahoma does not recognize same-sex marriages, nor does it confer marriage benefits to same-sex couples. The decision reached today allows the National Guard to obey Oklahoma law without violating federal rules or policies. It protects the integrity of our state constitution and sends a message to the federal government that they cannot simply ignore our laws or the will of the people.

Way to support The Troops! America loves The Troops! Unless, of course, they're fag troops.

Fallin's approach to equality seems vaguely familiar somehow. Oh, yeah. Like how several Southern cities responded to Brown V. Board of Education by closing all their schools, rather than integrating them. Or more recently, how a number of schools have banned all extracurricular clubs so they wouldn't have to allow gay-straight alliance clubs.

In related news, Gov. Fallin announced that to avoid having to comply with Obamacare, Oklahoma will now burn down all its hospitals.