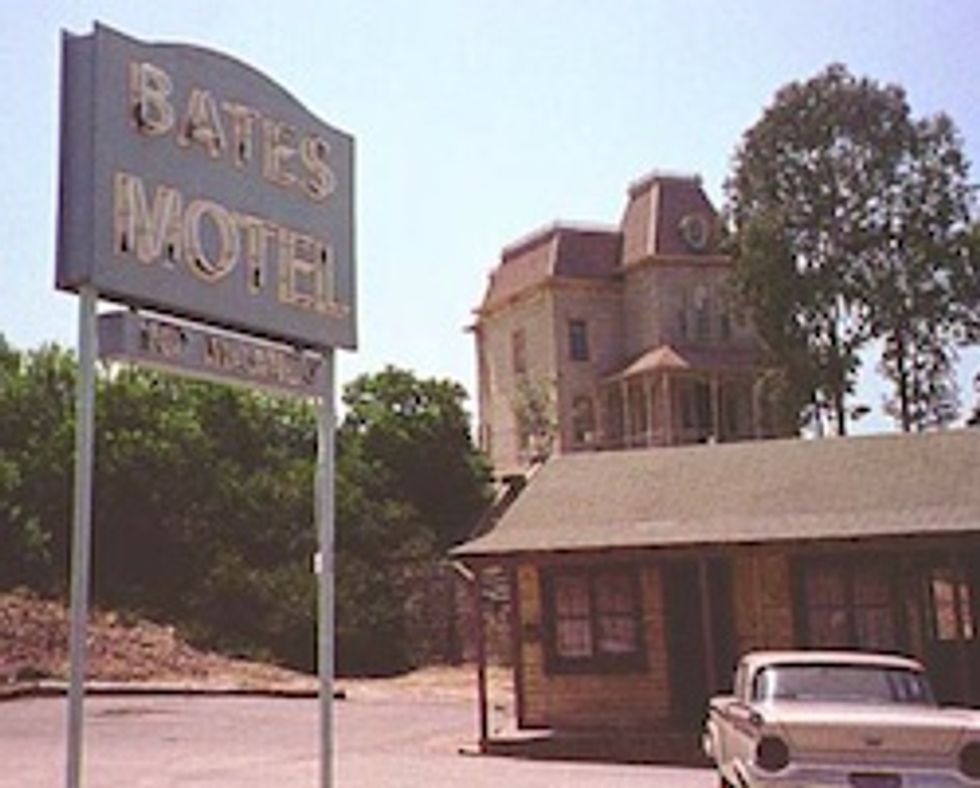 There is a crisis, in Charlotte, that outweighs all other crises in America -- including "the gaffes" -- right now: the DNC assignedreporters to a bunch of shitty motels and they're unhappy. And how does the Democratic platform address this? What about the Republican platform? Not a mention, proving once and for all that this is the most unserious presidential race we've ever witnessed. Now your Wonkette, which is first and foremost a Rich Person's Blog, made accommodations at a palatial, 17th century French-style estate with a stable of 400 dancing horses. Maybe if these others reporters ever got off the welfare and got jobs for once in their pathetic lives, they could live the Wonkette 1% life, too. For now, let's read tragic descriptions from the National Review of the squalor that we, as a nation, have allowed our proud national political reporter class to all die in.

Conservative man of letters John Fund has long been a champion reporter of the common man's struggle for acceptable living standards. Say there's a tyrannical slumlord keeping your building well below code. Well, John Fund would head out on the first flight, just to shake that man's hand.

But nothing could have ever prepared him for the stories he's hearing now from colleagues at the National Review, who were assigned to a Charlotte dump and immediately fled for the warmer waters of South Carolina.

National Review was assigned to two Knights Inn properties Everyone who saw them fled immediately across state lines to an available Marriott in South Carolina rather than stay there. As one of our political correspondents reported:

The Knights Inn was the worst hotel I have ever seen, and I’ve stayed in many bad motels in my life. Two guys were dealing drugs in the room next to me, and a prostitute was working out of the parking lot. And this was in the early afternoon. The room itself was dirty, full of other people’s stuff, etc.

So drugs next door, prostitutes a whisper away, free stuff in the room -- why let a little dirt get in the way of what's otherwise a fucking jackpot?

This, however, is unforgivable:

Tucker Carlson, editor of The Daily Caller, told me that the Quality Inn his staff was assigned to was “the worst hotel you can imagine.”

Some of the scarcity of good hotels is due to Charlotte’s relatively small size. It is the least populous city to host a national convention since the GOP held theirs in New Orleans in 1988, and the Big Easy had lots of hotels because of its popularity with tourists.

But there really is no excuse for anyone, especially women, to be assigned to hotels that are beyond dingy and in some cases clearly unsafe.

The hotels are dirty because Charlotte... is... small? A couple of quick googles tells us that Charlotte, one of the fastest growing cities in the country with a population of 750,000, has more people than both Denver and Minneapolis/St. Paul, where the 2008 conventions were held, and neither of those cities seemed to have this comprehensive STD-upon-check-in local hotel culture. Also, all chain hotels being dirty because they are in a "relatively" lowly populated area sounds like a theory one might pull out of one's ass, for a blog post.

Here's one we'll pull out of our ass, for our own blog post: There are no union hotels in Charlotte. You may remember this caused a bit of tension within the Democratic coalition! Well, you get the hotel workers you pay for.