Terrorists Identified as Terrorist 'Historians' In Replica of 1776 American Submarine 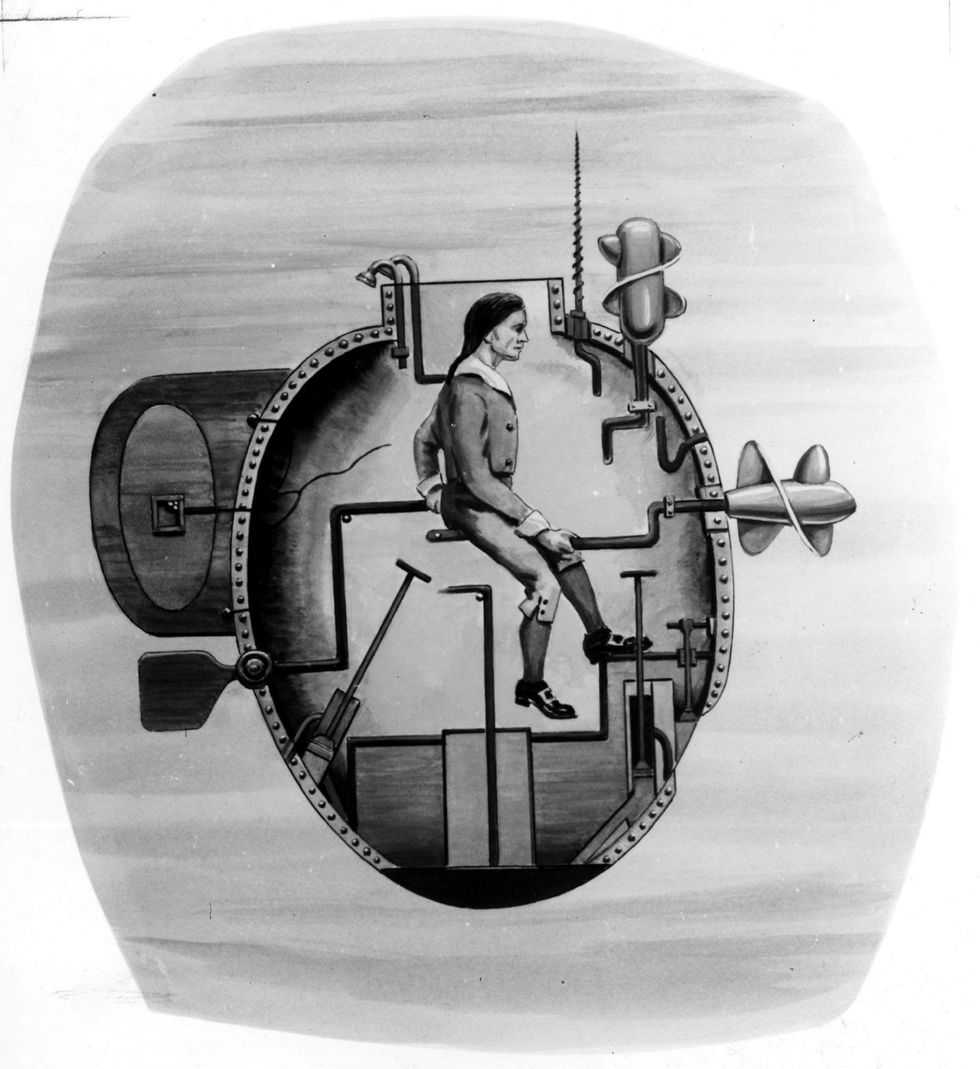 The frightful appearance of an ominous submersible in the dark waters off Red Hook have been ascribed to a mysterious visit by sinister historians and their Revolutionary War replica of the 1776 "American Turtle" one-man, hand-propelled submarine.

Discombobulated harbor policemen arrested the pilot and his two companions, who were accompanying the Turtle in a rubber boat. All will be charged with attempting to blow up the Queen Mary II and shall be promptly executed by Her Majesty's forces in occupied New York.

The craft is a working replica -- possibly this one, constructed for the Bicentennial -- of the bold invention launched against the HMS Eagle on the night of September 6, 1776. But the pilot was inept and didn't manage to attach his cargo (a terrible bomb) to the hull of the Eagle, so he scurried away. And then the bomb blew up harmlessly on the water, which stunned and terrified the Redcoats, who then moved their fleet until they captured the American Turtle. Never Forget!