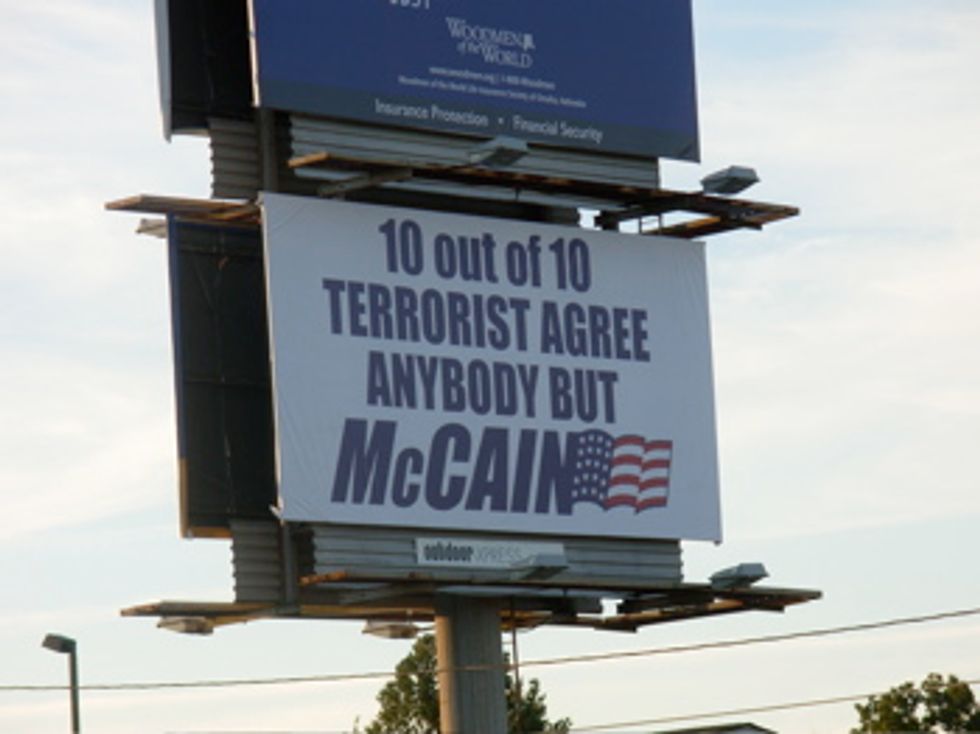 Reason captured this billboard in Marion, Illinois, which is, heh heh, "innocently" in the same neighborhood as Bill Ayers (by several hundred miles). Right, like THAT'S A COINCIDENCE. Those terrorist are just so scared of John McCain, who knows that they exist somewhere, in one of the world's eighty or ninety Mexicos, wherever, it doesn't matter, they will be bombed at all times. The terrorist would literally prefer anyone else. Norm Podhoretz, Bill Kristol, any Kagan, name your favorite neocon, it doesn't matter. Just not John "Bombs" McSlavepants. [Reason]