Texas County Wanted To Hire Only Bible-Believing Baptists, Is That Wrong? 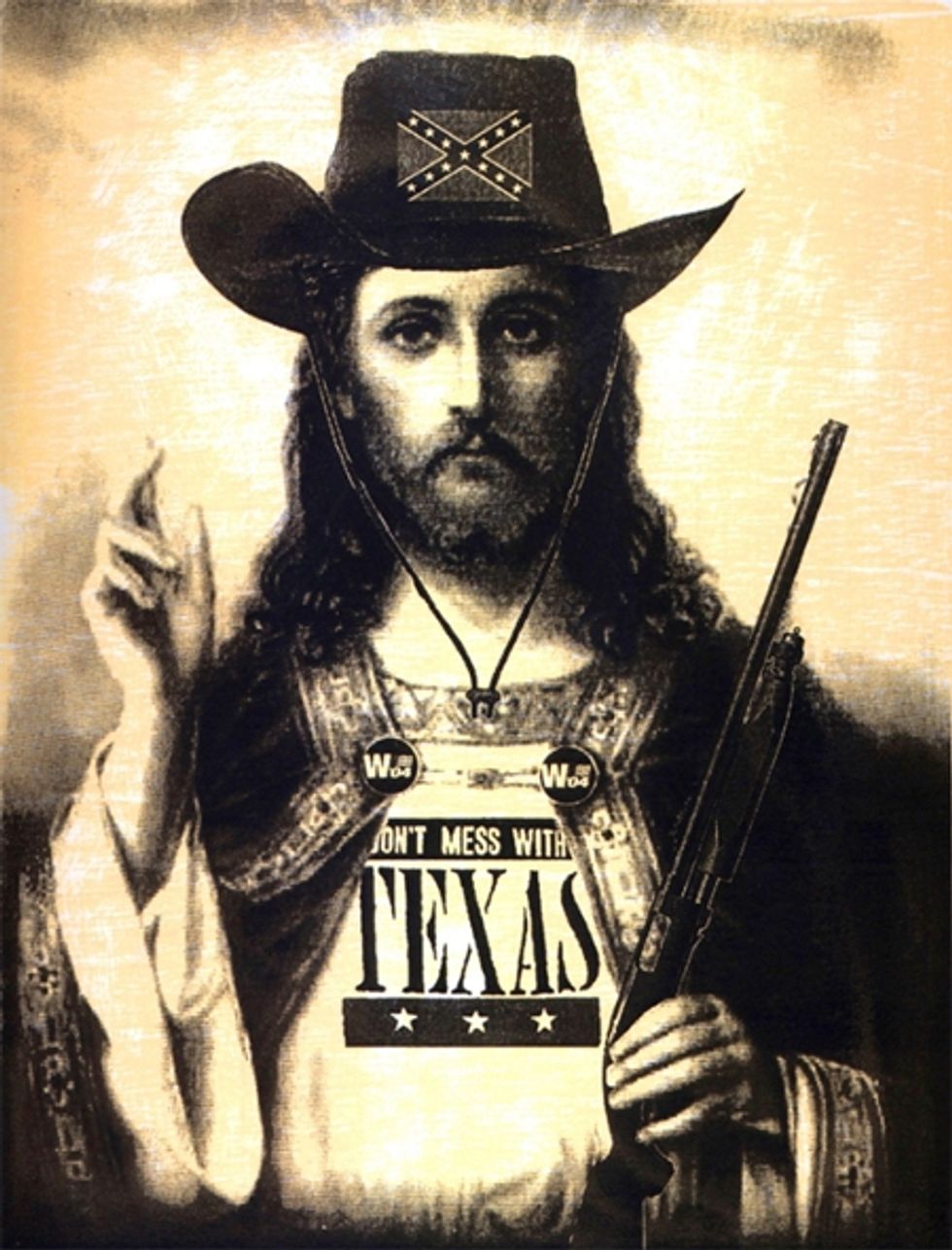 To Protect, Serve, and Fully Immerse

Some good Bible-loving county commissioners in Williamson County, Texas, wanted to make sure local constable officers shared the values of the community -- or at least of the commissioners -- on issues of gay marriage, abortion, and other important law enforcement matters. According to a lawyer for one of the rejected applicants, the commissioners made it clear, with their questions during the job interview, that they only wanted a Baptist for the job. It's about what you'd expect in a state whose school textbooks teach that Moses wrote the Constitution, except in Williamson County's version, that troublesome bit about "no religious test" for public office has been crossed out.

Robert Lloyd had 25 years experience in law enforcement when he applied to be a constable in Williamson County in 2013, but at his interview, some of the questions seemed to be just a teensy bit outside the usual stuff about whether he knows how to target drivers without-of-state license plates and how to say "this particular individual" to TV reporters. He told local TV station KVUE that he also got some detailed questions about his opinions on gay marriage, religion, and abortion.

"I was shocked," said Lloyd. "I was sick to my stomach when I left because I had never believed that things like this in government would go on."

Lloyd filed an employment discrimination lawsuit; his attorney, Wayne Krause Yang, says, "Everybody knows those are illegal employment questions and they never should have been asked," but obviously Mr. Krause Yang has too broad a view of what "everybody" knows. After Lloyd sued the county, two other prospective county workers came forward to say that they also had been asked questions about faith and politics during their interviews:

April Nowling, another applicant for a county job, said that Long had asked her who her favorite president was, and when Nowling said she thought it was an odd question, Long told her, "You'd be surprised what you can learn about someone with that question."

Hurst is now running against Long for a seat on the commission, and Long claims that he made up the incident to try to win office.

As for the constable job, Krause Yang released video of a deposition by another commissioner, Lisa Birkman, who said that she had asked all the candidates questions about their views on gay marriage, and that she had asked all but one candidate, Kevin Stofle, about their views on abortion. She said that the commissioners already knew Stofle's views on the issue. You'll be astonished to learn that Kevin Stofle got the constable job.

Mr. Krause Yang contends that the purpose of the questioning was to ensure that the county hired only Baptists"

"If you don't go to the church that they go to, you can't have a job as a public employee in Williamson County," said Krause Yang.

So far, Williamson County has spent upward of $200,000 defending the case; while the county's lawyer declined to say so on video, he told KVUE that the commissioners look forward to proving in court that they did nothing wrong. Maybe they can show off their special Baptists-only copy of the Constitution.