Texas Declares Living Voters Dead; Will Maybe Not Declare Them Zombies And Shoot Them 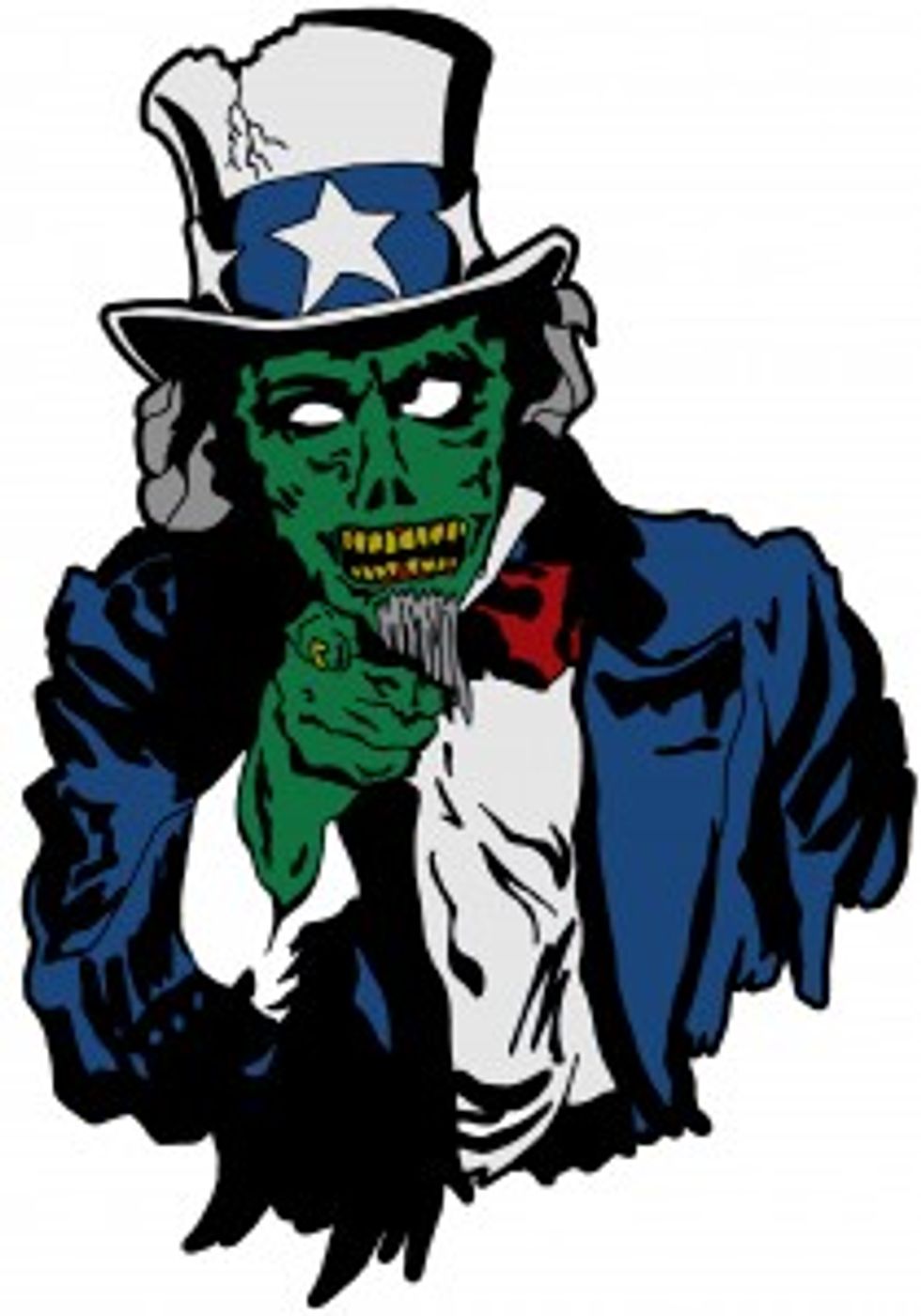 Perhaps the single greatest threat to the sanctity of the vote is dead people voting.  We say "perhaps," because there is an even greater threat: the dead coming back to life and showing up at the polls just because they never actually died to begin with. Thankfully,Texas is on the case!

Like all states, Texas regularly purges its rolls of voters who've died. Normally, this is a low-key process where the state passes along to the counties a small list of dead voters as they become available. But this massive mailing two months before the election is new.

Rich Parsons, a spokesman for the Texas secretary of state, says the state is not targeting anyone but dead voters. [...]

Parsons says none of this is a problem; voters who've been wrongly purged from the rolls can simply show up and vote anyway.

Totally fine, right? And what happens to the diligent allegedly living who try to contact the state of Texas to say, "Oh, hey, my heart has not stopped beating yet except for that one time I did a MASSIVE eightball, but that was only for a few seconds and I mainly just lost the ability to do higher-level math"?

In Houston, high school nurse Terry Collins got a letter informing her that after 34 years of voting she was off the Harris County rolls. Sorry.

"Friday of last week, I got a letter saying that my voting registration would be revoked because I'm deceased, I'm dead. I was like, 'Oh, no I'm not!' " Collins says.

In order to stay on the rolls, the 52-year-old nurse had to call and inform the registrar of her status among the living. She tried, but it didn't go so well.

Collins, who is black, says she noticed that in Houston, quite a few of those who got the letters seemed to be older and black.

"There's one lady here. She's 52. She's African-American. Her dad is 80. They both got a letter saying they're dead," she says.

Look, lady. It's well known that black people have shorter life expectancies than white people, and are therefore drastically more likely to be dead when voting. Why must you play the race card, shambling undead monstrosity? WHY?

How did this happen? Surely Texas is getting the names of dead voters from a reliable place that wouldn't possibly mess up the very simple question of whether a person is still using oxygen to continue their slow trudge toward eventual decay?

Texas got the names off the Social Security Administration's death list. Social Security warned Texas that the list shouldn't be relied on, but to no avail. The state Legislature and Texas Gov. Rick Perry passed legislation last session mandating the change.

...Of course he did. Oh, well. If there's any place large groups of black people should feel safe appearing en masse and claiming they're now alive when they're supposed to be dead, it's Texas.