Texas Defends Voter Redistricting Plan With 'Hey, We Could Be A Lot More Racist About This' 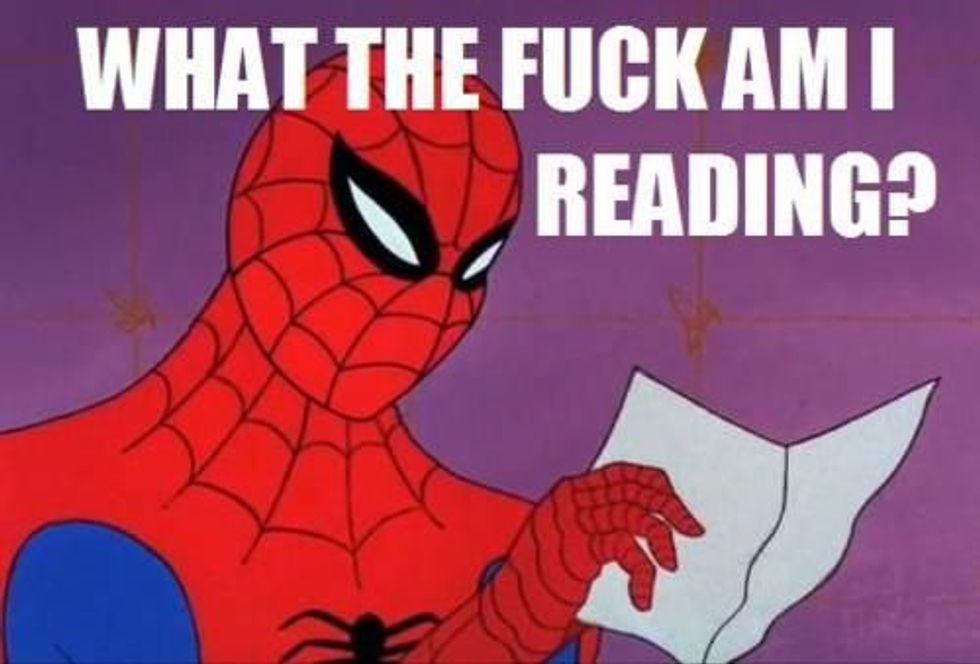 It has been a couple of weeks since we checked in on the tattered remnants of the Voting Rights Act. How are GOP-controlled legislatures trying to snuff-film it now? First North Carolina passed new voting laws so restrictive that from the gay bordello in hell where he is spending eternity, Jesse Helms stopped fellating Satan’s barbed cock long enough to say that the new rules made even him uncomfortable. North Carolina’s governor signed the new laws into effect the other day, and within hours various organizations like the NAACP and the ACLU were filing legal challenges, ensuring some serious billable hours for a couple of thousand lawyers for the next few years.

Meanwhile, Texas revived redistricting plans that had been on hold at the order of a federal court since 2011. Attorney General Eric Holder was mad! announced that the Justice Department would ask the court to reinstate the “preclearance” requirement for the state under a section of the VRA that the Supreme Court had left unmolested. This week Texas filed a brief in response. Careful, you are about to get a whole lot of Texas all over your shoe.

First, to refresh your alcohol-addled memories: the courts that examined Texas’s plans back in 2011 had concluded that the state legislature intentionally discriminated against minorities when it redrew district lines and broke up districts that had heavy populations of blahs and browns. Now the state is arguing that it carved up its districts to dilute the voting power not of minorities but Democrats, but if a huge number of those Democrats happened to be minorities, well, that is just an unfortunate coincidence!

Damn minorities! Just vote for Republicans and we won’t have a problem here, ipso facto Q.E.D. also too.

So okay, Texas did not violate anyone’s Fourteenth or Fifteenth Amendment rights by disenfranchising them on racial grounds. And even if it did, it was totally by accident you guys, we swear!

Even if violations occurred, they bear no resemblance to the “pervasive,” “flagrant,” “widespread,” and “rampant” discrimination that originally justified preclearance in 1965.

Got that? There were no violations, but even if there were violations, they were totally not as bad as the violations that occurred pre-1965, so chill out everyone, and we can haz state sovereignty now, please?

It remains to be seen whether the courts will enshrine into law this novel judicial doctrine of “Hey, relax guy, it’s not like we’re bringing back literacy tests or burning crosses on black folks’ lawns for fuck’s sake.” We suggest taking off and nuking Texas from orbit, it's the only way to be sure.