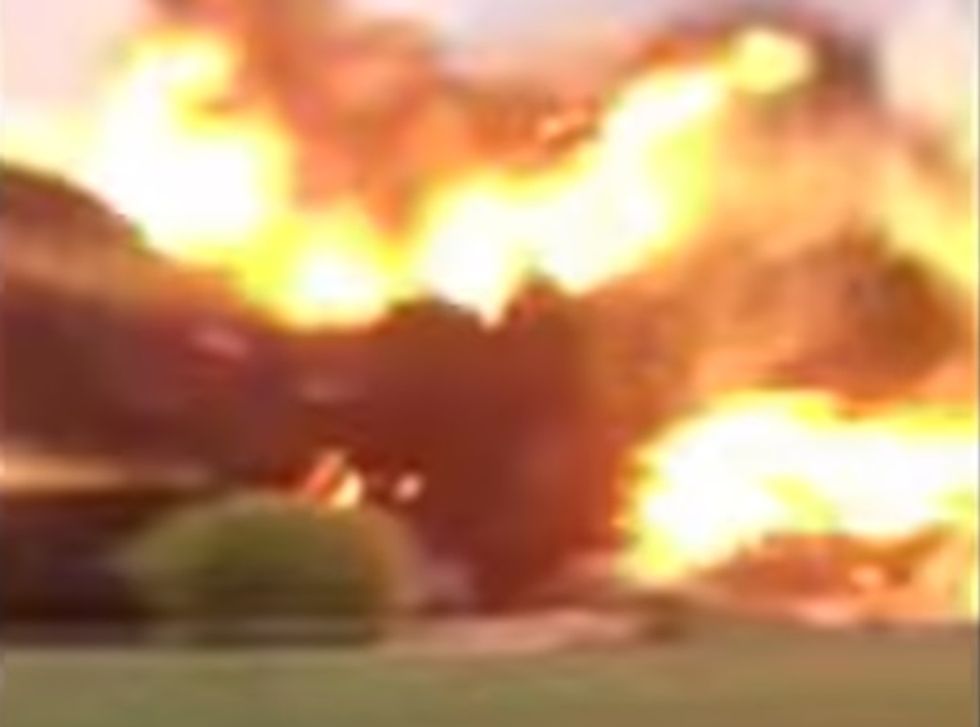 See that? That is a fertilizer plant in Texas exploding and killing a still unknown number of people. It is the sound and sight (and smell, probably) of FREEDOM. FREEDOM from having a sprinkler system, an alarm, a shut off system, or a firewall system.

The Texas plant that was the scene of a deadly explosion this week was last inspected by the Occupational Safety and Health Administration in 1985. The risk plan it filed with regulators listed no flammable chemicals. And it was cleared to hold many times the ammonium nitrate that was used in the Oklahoma City bombing.

West Fertilizer produced anhydrous ammonia, a combination of nitrogen and hydrogen that farmers inject into the soil as a crop nutrient. It also held in storage as much as 270 tons of ammonium nitrate, a solid fertilizer that was used by Timothy McVeigh to destroy the Alfred P. Murrah Federal Building, killing 168 people, in Oklahoma City eighteen years ago today. That material was also employed by the Irish Republican Army in its 1996 Canary Wharf attack in London.

There are no federal rules mandating that such plants be located away from residential areas, and the current company safety plans aren’t always shared widely with residents nearby, said Paul Orum, an independent consultant who has authored reports on chemical safety for the Center for American Progress.

In Texas, “I would be surprised if the risks present were communicated to those nearby,” he said in an interview.

Oh if only there were good guys with guns, guarding the surrounding school, nursing home, and homes from the fertilizer plant and communicating the risks to those nearby!

Anyway, this is a tragedy, but the important lessons here are: 1) at least it wasn't terrorism (THAT WE KNOW OF, YET) and 2) no one's freedom was harmed in the building and operating of this plant.