Texas Gay National Guard Members Get The Shaft, But Not In Good Way 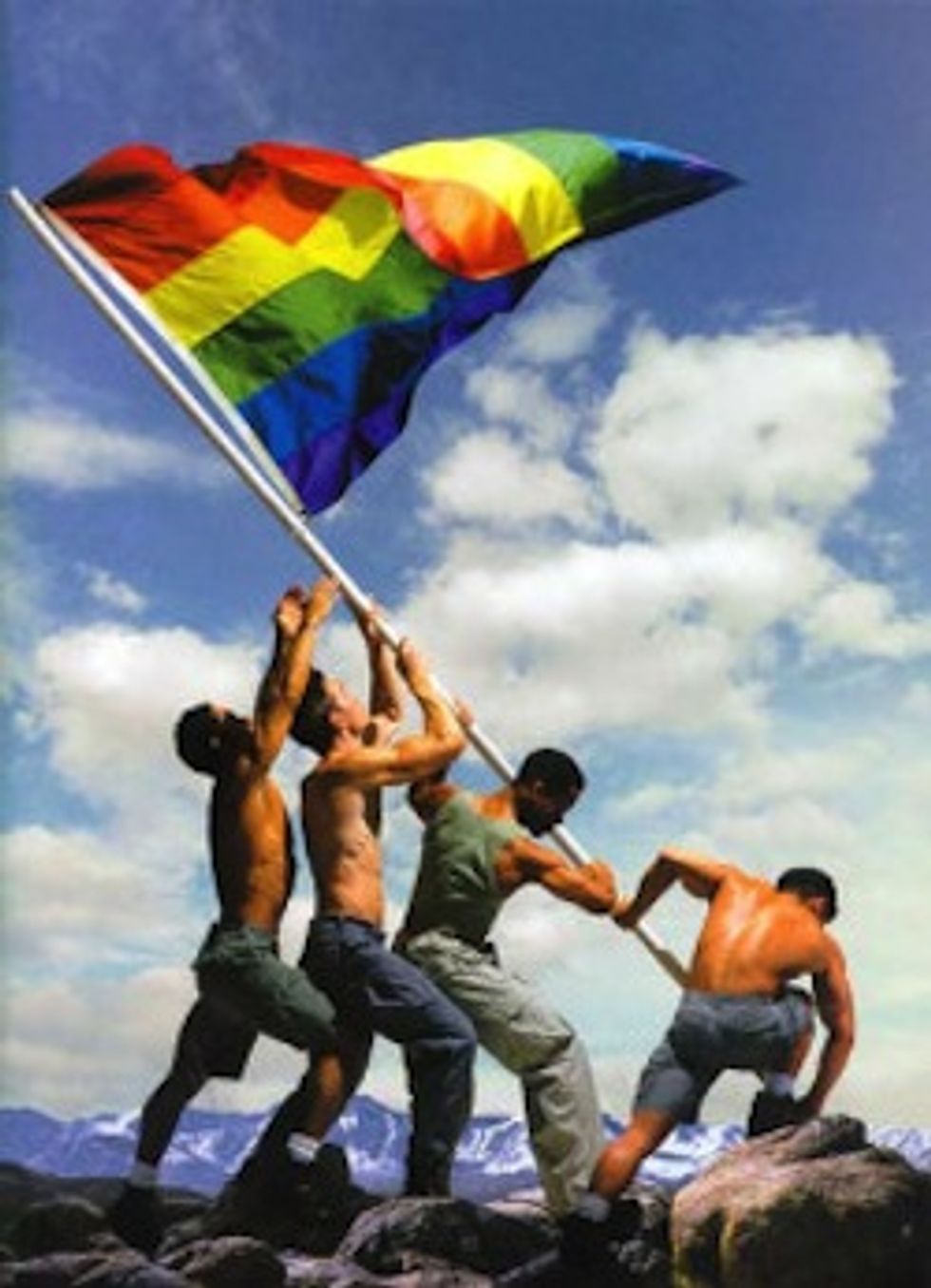 You know that drunk uncle who arrives at your Thanksgiving meals to complain about how the messicans andmy-NOR-AH-ties and homosessuals are ruining America, which was founded by White Manly Jesus on White Christian Values? If that uncle were a state, he would be Texas, the embarrassing wrinkly scrotum-skin of America, smelling like an odd mixture of crankcase oil and bigotry.

In their latest attempt to treat the LGBTQMORELETTERS community as separate and unequal, the Texas National Guard is refusing to process military housing allowances for same-sex couples. We just gotta ask: Texas, why do you hate the military? Why do you hate America? Why are you untying the yellow ribbon from the ole oak tree? Why do you suck so hard on that penis, the one that is in your mouth?

As we told you a while back, several states are refusing to process benefits for gay couples at state-run facilities, because bigotry. Instead, they forced same-sex couples to travel to federal facilities, sometimes upwards of 300 miles away. Nothing says “support our troops” like telling them to GTFO of state facilities, your kind is not welcome here.

When Defense Secretary Chuck Hagel said this ain’t right, some states, like Indiana, relented. Texas, on the other hand, has found even more ways to be terrible. Beyond just not issuing IDs to same-sex spouses, The Washington Post reports that they are denying housing allowances. Once again, they are forcing same-sex couples to travel to federal facilities in order to receive their GODDAM RIGHTS GUARANTEED BY THE FUCKING SUPREME COURT.

This happened to one service-lady, but she decided to stay anonymous because of a "clear absence of protection under the Department of Defense or Texas Military Forces non-discrimination policy."

Of course, Texas doesn’t see it that way:

“We want every gay National Guard member entitled to benefits to obtain those benefits,” said Texas Military Forces spokeswoman Laura Lopez. “We are not denying any benefits for people who are entitled to them, to include housing.”

Yeah, whiny gays -- you can have your “rights.” You just can’t have them easily, and you have to jump through hoops for them, and have to be inconvenienced and have to spend monies on gas to travel to get your rights. Not because you are second-class citizens, but because… well, because Texas thinks you are ewwww gross.

We must have forgotten that the Constitution is the greatest document ever written by the hand of God and handed over to mankind, except when it allows teh gheys to have rights, and then you might as well wipe your ass with it because bigotry > Constitution.

What’s worse is that Texas receives tens of millions of dollars every year from the federal government for their national guard. A refund might be in order.

Sec. Hagel has tried to ram the gay agenda down the throats of opposition forces before, and we think it is time for him to ram more harder. Keep ramming the agenda, slow and steady at first, and then pick up the tempo until the climactic moment when freedom erupts and liberty’s sweet sticky goodness coats every member of the armed forces.