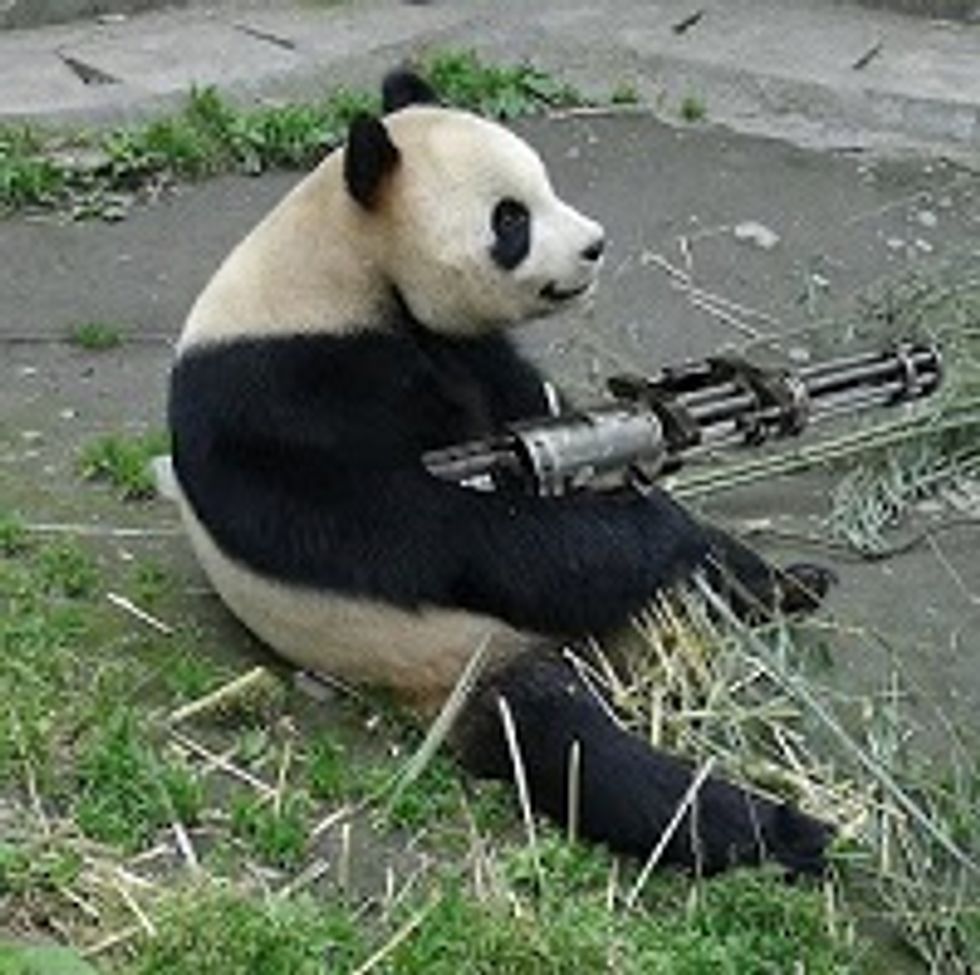 Oh Open Carry Tarrant County, we just can’t get enough of you. Yesterday you weresuing the city of Arlington for its new ordinance forbidding you from shoving copies of the Constitution at the drivers of stopped cars while wearing semi-automatics slung across your backs like you’re manning a checkpoint in a post-zombie apocalypse America. Before that you were getting tossed out of restaurants for being what your fellow Texans in their charming vernacular refer to as “dumbasses.”

Now what do you have for us today? Your next march is going to be at a Home Depot? Wonderful! Guess we won’t be replacing our old showerhead this weekend!

Forbes reports that 150 open-carry enthusiasts will descend on a Home Depot in a Fort Worth suburb on Saturday to do whatever it is these guys think they are doing with these demonstrations. Reminding people that open carry is legal in Texas? It doesn’t seem that most Texans need reminding. Terrifying the living shit out of small children and making non-gun humper parents have to explain that no honey, the dirty, crazy-looking rednecks in scruffy beards and faded Judas Priest Ram It Down Tour 1988 t-shirts will not hurt you with those guns? Unless a bad guy opens up with his gun, in which case they will turn into the most undisciplined fire team ever seen outside of a multiplayer Call of Duty map. HURRY UP AND GET IN THE CAR, HONEY.

That Home Depot parking lot is bound to feature some of Democracy's greatest oratory since Athenians had the Pnyx. OCTC is also planning a rally to give away more guns and bullets, because no one can ever have too many of either of those items, apparently. Plus someone from the Oath Keepers, last seen fleeing in pants-shitting terror from Cliven Bundy’s ranch just because Obama was about to launch the mother of all drone attacks on them, is scheduled to speak. You sure those are the types of brave soldiers you want on your side, open carry patriots? Yr Wonkette is just saying.

This all assumes Home Depot does not change its mind about allowing the rally to take place at  its store. In a late update, the company’s director of corporate communications told Forbes writer Clare O’Connor

Home Depot is currently determining whether this rally goes against the company’s non-solicitation policy. “We don’t allow any group or any individual to disrupt a store’s business,” he said.

Dude, there’s going to be 150 yahoos walking around your parking lot waving their guns at each other, a whole bunch of media, people giving speeches and raffling off prizes while your customers roll their eyes and decide they can wait a week to pick up a new power saw. In other words, disruption is likely inevitable.