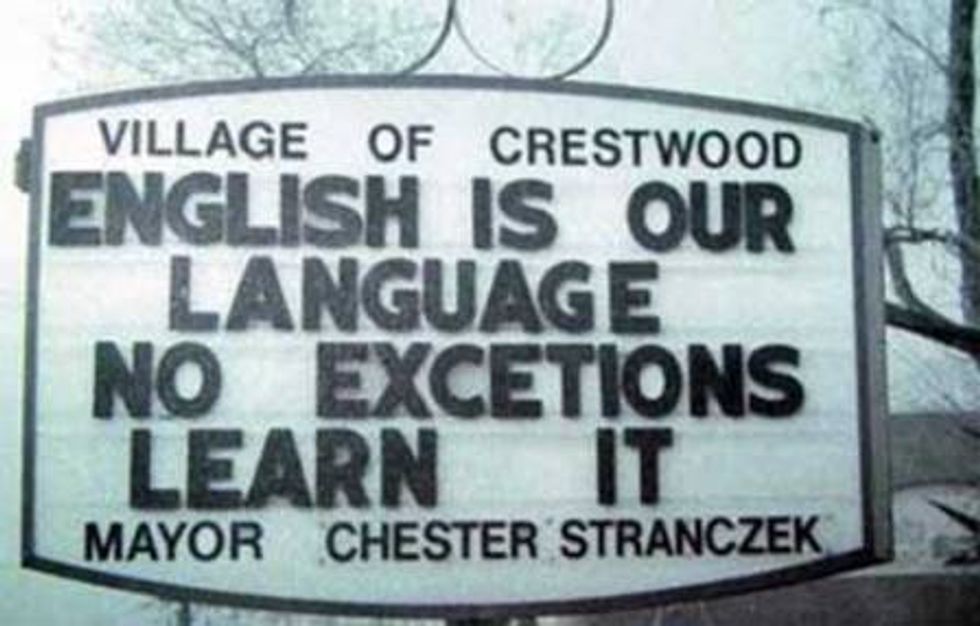 The Mexicans might be taking over the rest of America with their anchor babies and their Taco Bells, but God help Texas GOP Sen. Chris Harris if they will try to oppress him with their devil language while he is at work trying to oppress them. Texas lawmakers are busy trying to pass anArizona-style bill giving law enforcement the right to ask anyone who looks Hispanic for proof of citizenship, which has the 37% of Texas residents who are Hispanic pretty annoyed. Speaking through a translator, immigrant rights activist Antolin Aguirre was trying to testify in Messican against the law when Harris interrupted him and demanded to know why he was using a lack of English to explain himself. Harris then mocked Aguirre for not being able to speak English as well as Messican after living in the U.S. for over 20 years. This is known as "Texas hospitality" for the non-whites. Video after the jump: