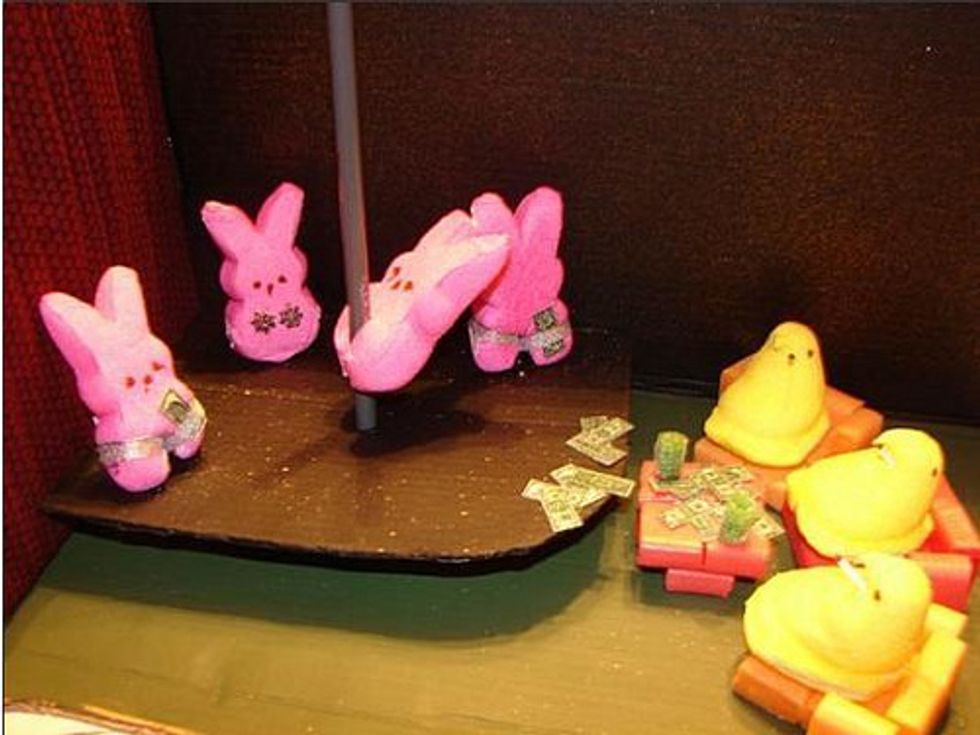 A Texas pastorhas been arrested on charges of “attempted sexual performance of a child” after trying to coerce an underaged girl to take off her clothes and show him some "eye candy." Jeffrey Dale Williams, a senior pastor at the Church of Corinth, was arrested after the Texas Department of Family and Protective Services forwarded complaints to the police, who then obtained two hours of audio recordings of Williams trying to persuade the girl to strip for him at her home. Corinth police Captain Greg Wilkerson also noted that Williams allegedly used a chair to block a door so that the girl, who was begging him to stop, could not leave.

Surprisingly, there have been no reports of random violence against other Christians in the wake of this news, and no outraged calls for closing Christian churches as potential dens of child molestation, because when Christians do terrible things, they are an anomaly to that religion's message of peace.

In one of those seriously weird turns of phrase that only come from cops talking to reporters, Capt. Wilkerson said that the pastor "tried to entice her to take her clothes off so he could see her naked body." We were disappointed that Wilkerson did not also refer to Williams as "a particular individual."

Williams has been a pastor with the Church of Corinth since 1999. Although Williams does not work as a youth pastor, Cpt. Wilkerson said "There may be an additional victim out there; we're trying to contact her now."

Indeed, there "may"! But have the police considered they may be attempting to criminalize the free expression of religion, as set forth in 2 Leonard 11:2 --

"You saw her bathing on the roof

Her beauty in the moonlight overthrew you

She tied you to a kitchen chair

She broke your throne, and she cut your hair

And from your lips she drew the Hallelujah"

Is that book not in your Bibble? It must have been one of the Gnostic gospels. In which case, we guess it does not count, sorry Pastor.