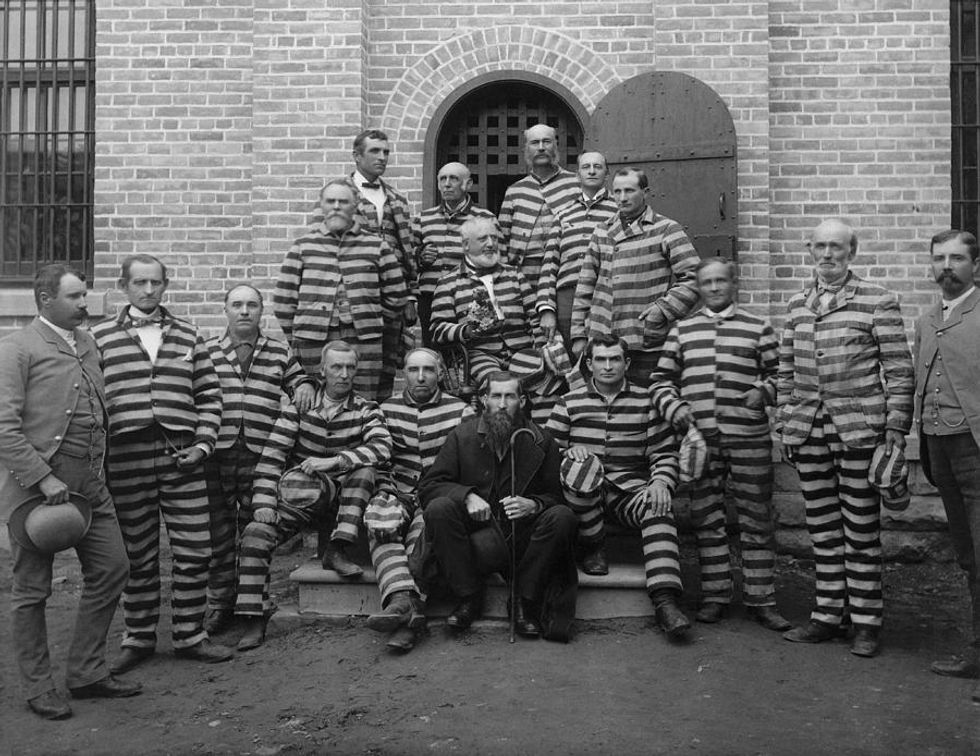 In a week when Donald Trump is bragging about what a great job he's done of not helping Puerto Rico and offering the island a loan instead of actual relief, and now telling Puerto Rico we can't help them forever (while FEMA help is just now trickling to survivors), here's some much-needed nice-time: Inmates in Texas prisons have donated $53,863 from their own commissary funds to help with relief for Texans affected by Hurricane Harvey. It's not a huge total, but it's coming from people who are literally being paid prison wages. We haven't done the math, but let's just make a ballpark guess and say it would be like Donald Trump giving a couple billion dollars, if he had it (he probably doesn't, but we assume he will by the time he's done presidenting).

Jason Clark, Texas Department of Criminal Justice spokesman, said Tuesday that inmates, of their own volition, contributed to the American Red Cross [...] [The] money comes from the typically meager accounts that inmates use to purchase things like paper and pencils, personal hygiene items and food that isn't available in chow halls. The average donation was $8.

"It's just something they chose to do," Clark said.

About 7,000 inmates in the Texas prison system had to be evacuated because of the flooding following Harvey. Among the facilities affected were five prisons, three treatment centers, and two halfway houses -- few people realize that's equal to a whole way house.

Clark said that prisoners had also donated their limited funds to help victims of hurricanes Katrina and Rita in 2005. The donations, he said, were all the inmates' idea: "They were requesting to donate money," he said.

Inmates are limited to a spending cap at the commissaries of $95 every two weeks, but donations won't count toward that. Some prisoners have donated as little as a dollar, and others have donated hundreds of dollars, Clark said. On a per capita basis, that's roughly seven million times as helpful to Houston as Donald Trump has been to Puerto Rico.

In other prison news, we also learned that over the weekend in Arizona, the last 17 inmates being kept in Maricopa County Jail's "Tent City" were finally moved to regular jail buildings, bringing an end to former sheriff Joe Arpaio's favorite experiment in pushing the boundaries of the Eighth Amendment. Sheriff Paul Penzone, who beat Arpaio last November, had made moving inmates out of the tents one of his top priorities, and has called the tent facility a "circus" instead of a deterrent for crime. It's almost as if this Penzone guy thinks prisoners might be human beings instead of props in a reelection campaign. Closing "Tent City" will result in about $4.5 million in savings per year, and also suggests Penzone will probably not be invited on Fox News to pontificate about Gittin' Tough on Crime.

Once the tents are dismantled, they'll go into storage, although their steel frames will be cut up and sold for scrap. The Maricopa County Sheriff's office has not yet decided what will be done with the seven acres the facility was located on. After nearly 25 years as a money-sucking monument to Joe Arpaio's ego, perhaps it can be put to some more useful purpose, like letting the desert reclaim it.

Yr Wonkette is supported by reader donations. Please click here to help us bring you the finest in American-made snark.