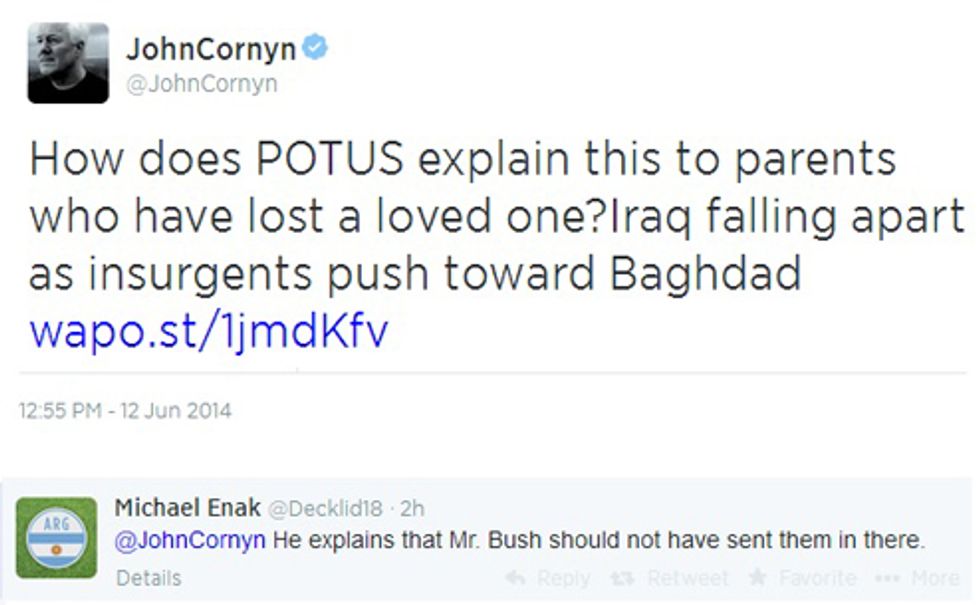 Texas Senator and evil hosebeast John Cornyn is pretty unhappy with Barack Obama for his failure to keep Iraq out of the hands of radical militants, and wants some answers. If more and more of Iraq is falling to al Qaeda-affiliated militias, then just what the hell was that whole war for?

Congratulations, Senator. We've been wondering that ourselves since 2003. Nice of you to catch up.

Follow Doktor Zoom on Twitter. He hears John Cornyn is scheduled to address the Veterans of Popular Wars soon.