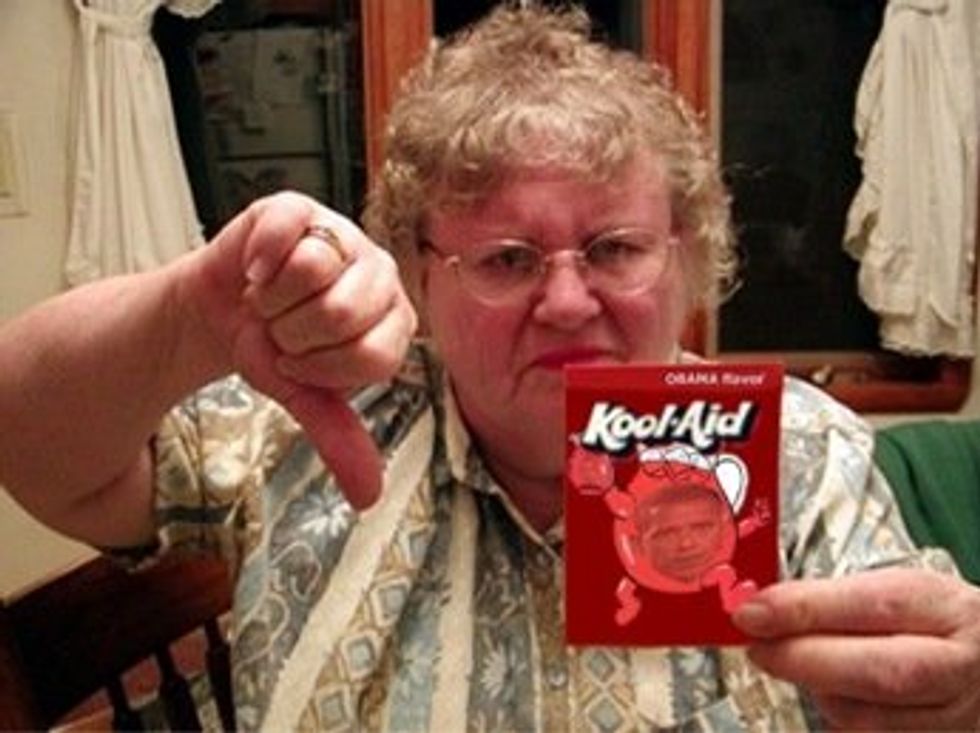 The city of Mansfield, Texas took a bold stand against the socialist Kenyan martyr Barack Obama and his free-spending ways on Monday, opting not to take $38,000 in FREE FEDERAL GRANT MONEY that they had applied for. They were going to send Washington a message: a message that said, "Yes, we requested federal assistance to improve our police force, but now we do not want it because ... socialism?"

But then they thought it over and on Tuesday decided they would reluctantly take the filthy Obamabucks that they had just proudly opted to turn down.

The reversal came at an emergency meeting Tuesday afternoon after a night’s sleep and a warning from Public Safety Director Bill Lane that rejecting one grant could cost the city two related grants totaling more than $300,000 for police communication upgrades.

So now they will be forced to spend a $38,000 grant over four years for a part-time crime analyst, instead of spending the money on something useful, like teabags.