Texas Two-Step: Courts' Rulings On Districting Fuckery Step To The Side For A While 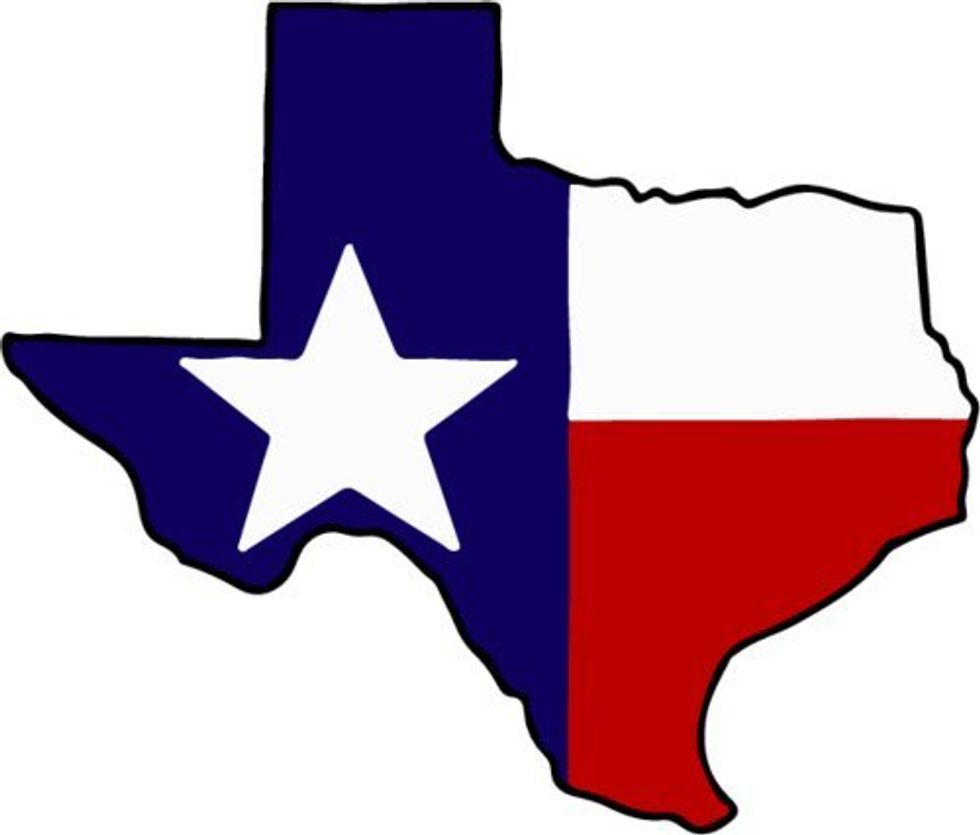 No jokes, and no thoughts 'n' prayers. If you can send money to help Texas, DO IT. This storm is unprecedented, and thousands of people will be indefinitely homeless.

And Heart to Heart International (https://t.co/7nEB4qWiIp) and Samaritan's Purse https://t.co/B4IehEHUzG

The Texas Diaper Bank fills in a HUGE gap of service during disaster relief: https://t.co/eVVqPsqggN

The SPCA of Texas is saving & rehoming our animal friends: https://t.co/2wwsan50Fq

Last week, before the skies opened up over East Texas, all hell was breaking loose in two Texas federal courts. And because the Wonketariat can walk and chew gum, we'd like to talk about the political earthquake that's rumbling through Texas, while respecting that the state is in the midst of a horrendous tragedy. Particularly since the fallout from this storm might precipitate its own political shake up in the Lone Star State.

How Much Discrimination? A LOT!

Last Wednesday, a federal judge in Corpus Christi threw out Texas's voter ID law in its entirety. All voter ID laws are ridiculous, but Texas's 2014 law was really special! Gun licenses were fine, but not student IDs or Texas state employee IDs. You could vote with a simple voter registration card, but only by signing an affidavit swearing under threat of felony prosecution that you had a really good reason for not getting an acceptable photo ID. Domestic birth certificates were fine, but not Messican foreign ones that naturalized American citizens hold.

After the court blocked the earlier version of the law, Texas's legislature tried to put a little lipstick on the pig. Look, they said, now we accept both a passport and a passport card! Perhaps they'd even do a bit of mobile voter registration, if they feel like it and if they ever find some money. But Judge Nelva Ramos wasn't having it. She tossed the law for violating the Voting Rights Act and the 14th and 15th Amendments.

The next day in San Antonio, a different federal court found that nine Texas House Districts were discriminatory and must be redrawn before the 2018 election. Two weeks prior, the same San Antonio court had ordered Texas to redraw two Congressional Districts immediately, or the court was going to do do it for them. Bye bye Congressman Footie Pajamas!

And to top it all off, the 5th Circuit found on August 17 that Texas violated the Voting Rights Act by restricting the use of interpreters at the polls in a transparent attempt to discourage voting by Hispanics.

That is a big pile of evidence that the state is deliberately discriminating against blacks and Hispanics in violation of the Voting Rights Act. So Texas Attorney General Ken Paxton is panicking. In the past, Texas had to pre-clear changes to its electoral process with the Justice Department. But in 2013, Justice Roberts did them a solid by proclaiming that racism was officially over and no one had to get permission from the DOJ anymore. Texas Republicans immediately set about gerrymandering the shit out of their state to ensure that Democrats would remain a minority forever. But they might have overshot! Because if a state is proved to be intentionally discriminating against minorities, then a court can order it to be "bailed back in" to the pre-clearance requirement. And the plaintiffs in the voter ID and gerrymandering cases have made it clear that they're going to take their giant pile of evidence of discrimination to Judge Ramos and ask her to put Texas back in VRA jail for another decade.

So, Paxton immediately appealed the voter ID decision to the 5th Circuit and asked the Supreme Court to step in and tell the mean San Antonio judges not to make them redraw all those districts that they'd cracked and packed with such loving care. Help us Obi Wan Alito, you're our only hope!

BUT THEN CAME HURRICANE HARVEY.

No one knows how bad the property damage will be, but potentially hundreds of thousands of Texans could be displaced. Paxton will argue that Texas can't possibly redraw its map right now because it doesn't even know where its citizens are. And he has a point!

Congressional District 27, which the court has labeled illegal, is still at risk of dangerous flooding.

As for Texas's voter ID provisions, well every person in the country has seen this photo.

Thousands of people just lost everything they own. It's going to be a lot harder to argue that people without ID are just shiftless scammers.

And the storm itself has the potential to scramble Texas politics in unpredictable ways. Once the water recedes, people are going to be looking for someone to blame. New Orleans Mayor Ray Nagin was widely excoriated for not evacuating the city early enough before Hurricane Katrina. And President George W. Bush faced huge backlash over FEMA's handling of that storm. Remember this?

Last week, it looked like Texas was in danger of facing real consequences for wholesale racial discrimination in its electoral system. But there's no way to predict how this humanitarian disaster will change Texas politics. It seems unlikely that courts will insist Texas redraw its districts by the October 1 deadline. Beyond that, will the storm affect Texas Governor Greg Abbott's reelection campaign? Will a botched FEMA response damage the Trump Administration? How will the federal government come up with billions of dollars for hurricane clean-up during contentious tax reform negotiations? And can we still be mad at all the Texas Republicans who voted against aid for Hurricane Sandy? (Yes. We can.) In the meantime, though, Houston's got a problem, and we stand ready to help.

Wonkette is fully supported by readers like you. Please click here to donate. And while your wallet's out, throw down for the food banks.