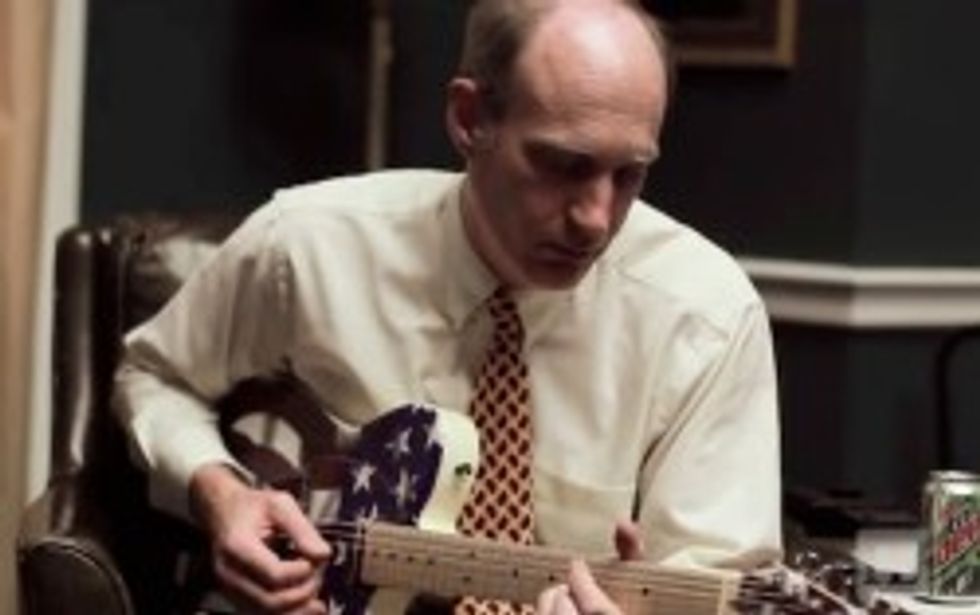 Thad McCotter’s downward spiral from Congressman/vanity presidential candidate to publicly humiliated wretch of a man continues.Unable to purchase even 50 votes at the Iowa Straw Poll or collect enough (valid) petition signatures to run for re-election, McCotter has been reduced to writing a script for a faux-variety show based on Martin Mull’s 1977 “Fernwood Tonight” that’s so popular with the kids today.

Will Thad McCotter’s tv show be awful? Yes, it will be awful.

Some congressional staffers included in his 42-minute pilot episode dated Oct. 17, 2011, were the same longtime employees who handled the collection of petition signatures that botched his chances of getting on the Aug. 7 primary ballot. The character named "Wardo," the nickname others acknowledge is used for District Director Paul Seewald, dresses in a matador costume, gets drunk on a whisky-laced Slurpee and runs off stage after puking.

If you’re one of the uptight white bread squares who doesn’t dig McCotter's edgy comedic style, which includes fart jokes (of course) and S.E. Cupp getting eye fucked by the likes of “Wardo” and “Chowsers,” McCotter totally doesn’t care because he won’t sell out his vision to win a lamestream audience.

Asked who would find the humor in the script funny, McCotter said he wasn't trying to reach a broader audience. He said the show was "deliberately designed to be a train wreck" to further assault the dignity of the central character — McCotter the host, who is already humiliated from the presidential run.

Thad McCotter is officially the saddest man ever. [Detroit News]