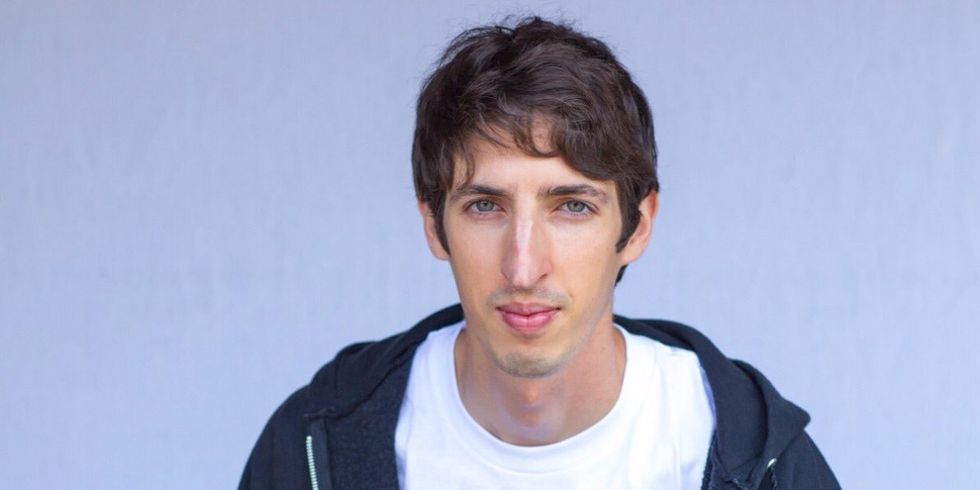 It is an ironclad law of conservatism that white men are ALWAYS the victims, and James Damore is a law-abiding resident of Whinyass Conservative Snowflake Land. We read his tearjerker complaint this morning, and now we are stupider. Sure Google is being sued for underpaying female employees at every level of the company. But if you think about it, aren't the real victims here those overpaid white dudes who have to sit in on diversity training where people talk about how cool it would be to have equal numbers of male and female employees? And when they say, "Hey, maybe women get paid less because they are biologically disposed to care more about kids than their careers," their coworkers call them assholes. And that is bullying and discrimination. So Google should give James Damore one billion Ameros, please, and hire him back to the company where he can educate his coworkers on the beauty of patriarchal families, divinely ordained heterosexual unions, and the sanctity of the gender pay gap.

Damore was fired for barfing a bunch of pseudo-science arglebargle onto the internal Google server, purporting to prove that workplace diversity is weakness and gender pay disparities arise from biological differences. Here are some fun excerpts.

It's like the yin and yang. You need a little authoritarianism to balance out your compassion for the weak.

See, girls! You're not underpaid. You're just fulfilling your biological destiny.

Maybe if you stopped being so neurotic, you would be able to negotiate properly for your salary! Also, too, "viewpoint diversity is arguable the most important type of diversity." So don't you think it's important to have conservatives around telling everyone that gender IS NOT a social construct?

In highly progressive environments, conservatives are a minority that feels like they need to stay in the closet to avoid open hostility ... Alienating conservatives is both non-inclusive and generally bad business because conservatives tend to be higher in conscientiousness, which is required for much of the drudgery and maintenance work characteristic of a mature company.

Look, we could go on with this shit all day long. Damore published his screed, people called him a dick, Google fired him, and now he wants to paint himself as a victim of political discrimination. And in a broader sense, his lawsuit touches on a fundamental issue of our time: What happens when a major political party is taken over by racist wingnuts? If David Duke won the Republican nomination, would Klan bumperstickers at work be protected political speech?

Thankfully, we're not there yet. And Damore's suit is just a bunch of whining by an asshole who wants to shoot his mouth off and call it conservatism. Another named plaintiff was fired for suggesting that a co-worker's trip to Pakistan made him a legitimate terrorism suspect. Google refused to host Alex Jones, which is supposed to be damning evidence of conservatives being censored. It's all bullshit. California law protects people from being fired for their political affiliations, but it doesn't shield you from the consequences of being an asshole at work. Damore wasn't fired because he voted for Trump, or advocated for a flat tax, or had a Build the Wall bumper sticker. The guy got canned for saying that it's a sciencefact that girls can't tech. And you're entitled to your own stupid opinion, but you're not entitled to insult your coworkers. Particularly not in an at-will employment state.

JFC! THESE CONSERVATIVES WITH THEIR SAFE SPACES!

Please buy us smart pillz. We red that lawsuit, and now we r dum.