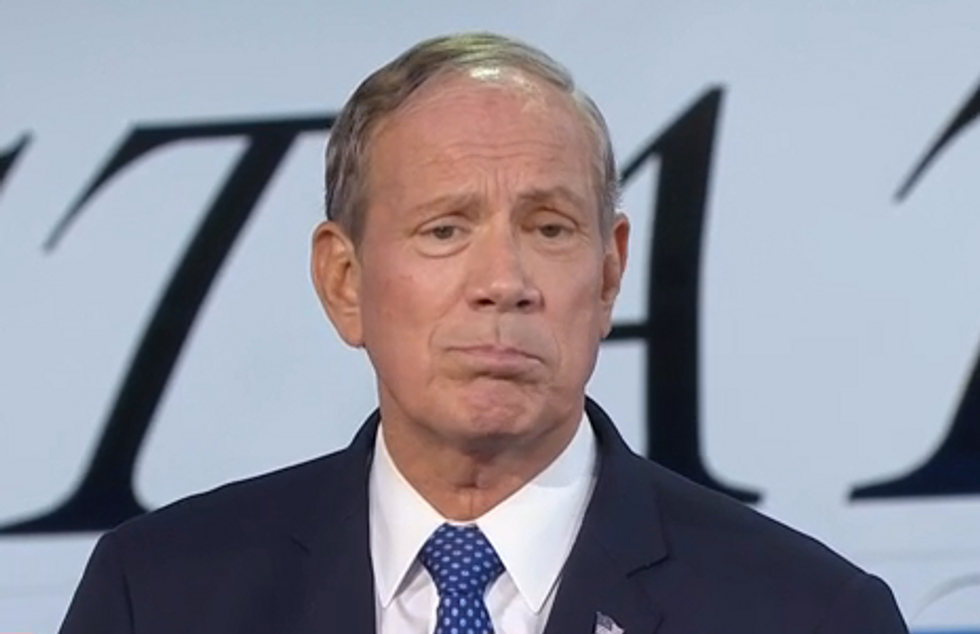 George Pataki, we hardly knew ye. Mostly because we never cared who the hell you were to begin with. We know you tried to remind us -- something about 9/11, and how you were the governor of it, on 9/11, when 9/11 happened -- but then, who wasn't, really?

Chris Christie was there, on or around 9/11 but just a few months later. And Ben Carson and Donald Trump were holding hands in the penthouse of Trump Towers, watching thousands of Muslims dance and celebrate over in New Jersey or maybe the Middle East. And Carly Fiorina, why, she made SO MANY PHONE CALLS that day, to all the Hewlett-Packard offices around the world, telling them to turn on the news. Heck, the only Republican presidential candidate who wasn't there, on 9/11, was Jeb Bush because he forgot to remember it at all.

[contextly_sidebar id="SLZA7vBC4RbfuqW8olTF5LEGgtLvNgxA"]Somehow, despite Pataki's most excellent 9/11-ing of 9/11, the Republican base has yet to stop foaming at the mouth and jizzing in its Underoos for the racist shitpile that is Donald Trump. He is their first choice, their second choice, their only choice. Shocking that a RINO from New York (shut up, Pataki, we know Trump is also from New York, but a different New York, the New York of middle America) never caught on. Maybe it was Pataki's love of baby-killing and homos and the environment. Or maybe no one cares who was the king of 9/11 anymore, because whatever, that was Bill Clinton's fault anyway, and we must tremble in fear of the new 9/11 that's a-comin' from the Muslim Mexicans, unless we elect ourselves the smartest, most fearless, most terrific leader with the biggest balls in America.

But cheer up, Pataki, maybe when this whole thing is over, President Hillz will let you be her Czar of Remembering To Never Forget To Remember 9/11.