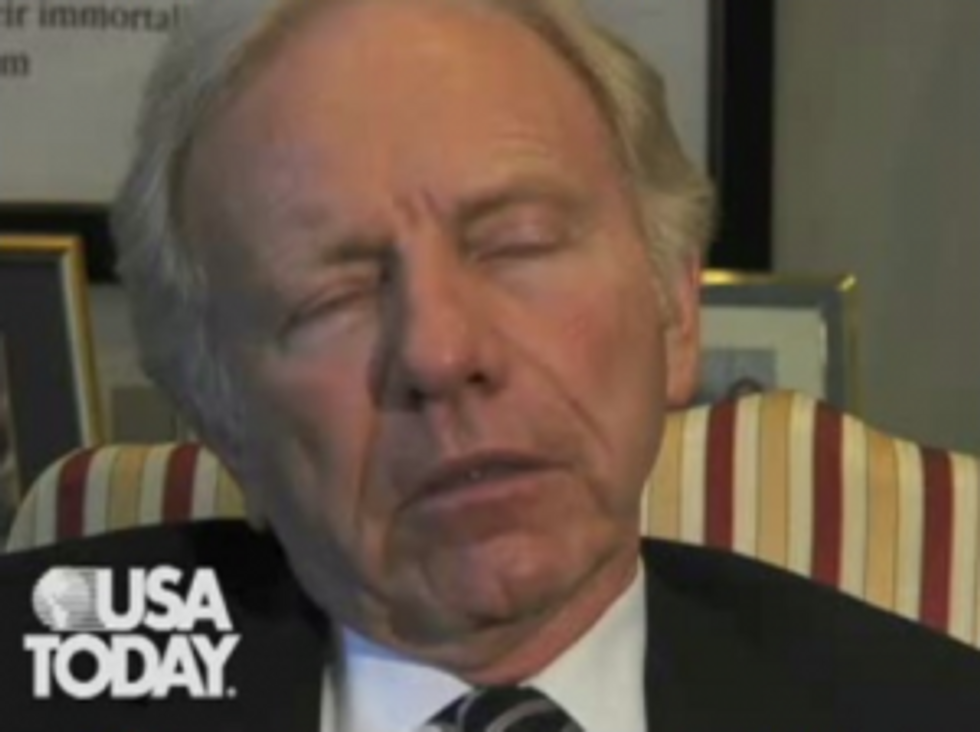 Likely secret dungeon owner Joe Lieberman will do absolutely anything to fuck something up for someone else. Like some creepy jowly robot who runs purely off spite, he has been running around DC demanding that it's important that Obama's climate change bill include a NUCLEAR OPTION. If Obama wants everyone to drive cars that are powered by pouring wine on some copies of Sunday Styles and then lighting them on fire, he is going to need to make this up to the Republicans by giving them enough money to buy some seriously cool shit for nuclear and coal power plants. This is because many people who like the bill actually hate polluting the planet! This is what the demons call Fair, in Hell.

Obviously John McCain and Lindsay "John McCain" Graham are helping him, as this must be one of those weeks when they are friends. Anyway, House Republicans (to their credit??) are pretty open about the fact that they will not be voting for any climate change anything, but sure Joe Lieberman, you go ahead and put whatever on there. And Democrats who like the climate change bill allegedly do so because of its ability to change the climate. They say they would be alienated by Lieberman and his nuclear option. As recently at 2005, Lieberman tried to pull basically this exact same move, and it failed. Still! It never hurt to try. Except in this one instance: here it actually does hurt to try.