The Debate That Changed Earth (Not Really) 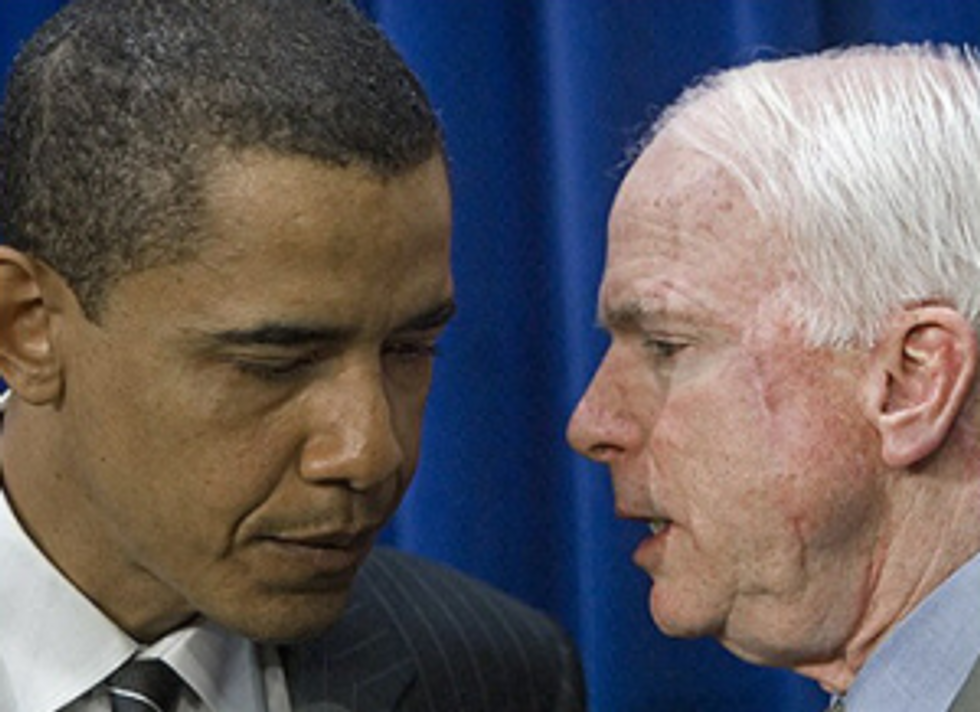 John McCain actually showed up! And, well, he did a bit better thanwe expected, if only because we expected that Obama would greet him with, "Nice of you to finally show up, pussy." But that wouldn't really win over the special people who just started watching the teevee to find out who is going to be the president next time around. And yet, Obama won!

Well, whatever, Joe Biden is on the Keith Olbermann show on MSNBC. Biden is laughing and, who knows, drunk? Ah they are still doing spin. Why isn't Sarah Palin doing spin. Too dumb, right, she is drinking a Shirley Temple in Philadelphia somewhere.

Okay let us try another outlet.

CNN has nine people typing. Hmm we can sort of see that here, at your editor's table, but it's just one person typing.

Umm, Barack Obama called McCain "John," which is not polite? Or wait, it is friendly. It is not being like a professor? Oh god these people have to be sober for another hour.

So at least we will not have to watch teevee again until next week, when Sarah finally gets her magic time!

And here's a giant Fark thread of debate reactions, probably much better and certainly much funnier than the newspapers in the morning. Good night, friends!