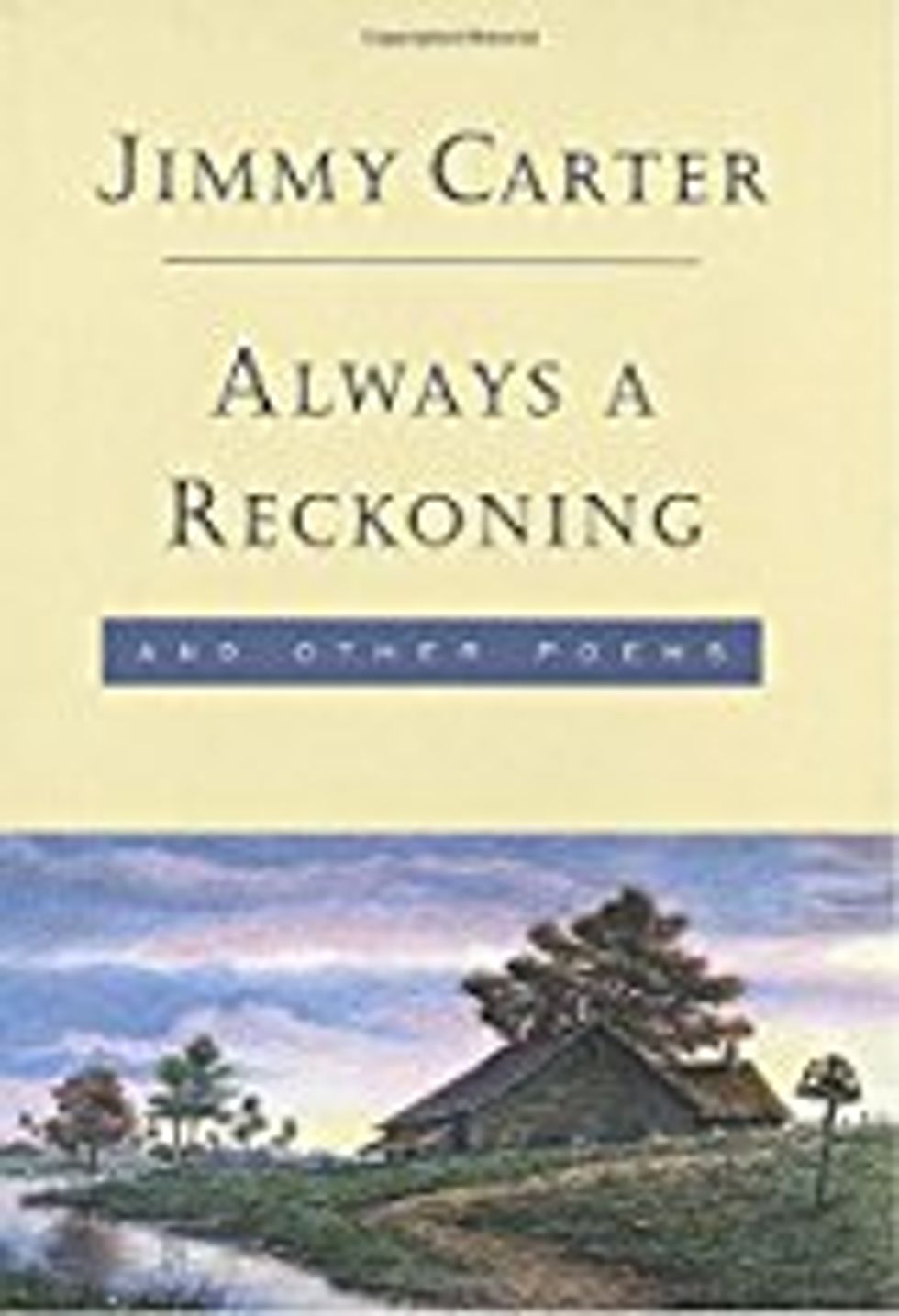 Once upon a time in America, there lived a peanut farmer and known Georgian named James Earl Carter. He became world-famous because he was the first American to parlay his goober habit into several other glamorous careers. And we do mean several; this man has changed identities more times than, uh ... who’s popular these days? The David Bowie and the Beatles combined? David Bowie plus the Beatles and that Madonna, plus a chameleon and Lady Gaga, let’s say. Because that’s how multi-faceted this “Jimmy” Carter is -- he even writes sexytime poetry!

Many decades ago, Jimmy Carter was governor of the Goober State of Georgia. Then he became an American President, but for one term only because everyone grew to hate him for one reason or another -- the economy, Iran, UFOs, sweaters? Maybe even Iranian sweaters, which are totally not the going attire in July.

After the President gig, he became some sort of human rights/anti-poverty activist. He seems to spend most of his time infuriating people for noticing that horrible things are horrible and writing books. Actually, most people know Jimmy Carter writes books. But few people in the American ex-president book market know that he sometimes writes sexually-charged POETRY?

She dreams of parallelograms

when she gets Sarah’s telegrams.

Anyway, Jimmy Carter has been writing poetry for years now, and you can find many examples in a book titled Always a Reckoning and Other Poems. The former President would have you believe that he writes poems on topics like “People,” “Places,” and “Politics” in a style that is more or less plain, earnest prose broken up into lines.

The reality is that most of the poems are allegories about deviant sex. The collection opens with an ode to some sex goddess named “Rachel.” It begins:

My young life, shaped by those I loved,

our neighbor on the farm, whose husband, Jack,

cared for the barn and did the kind of work

that we boys most admired.

Other poems are less symbolic. “Miss Lillian Sees Leprosy for the First Time,” is rather direct, even in-your-face, about the charms of some girl named Leprosy:

us, so that, later, when I kissed her lips

HOT. This is sexier than Sappho and Marvell’s “To His Coy Mistress” combined. As you can see, it also pulls off that Love-at-First-Sight thing, much like when Romeo sees Juliet for the first time.

The point here is that Always a Reckoning is ideal for reading under the covers with a flashlight. Jimmy Carter is a true sex bard, a lyre-plucking farmer of smut.

Always a Reckoning and Other Poems by Jimmy Carter. Crown, 144 pages.