The Fairy Tale Crumbles: Tarp Palin Divorcing That Chick He Knocked Up 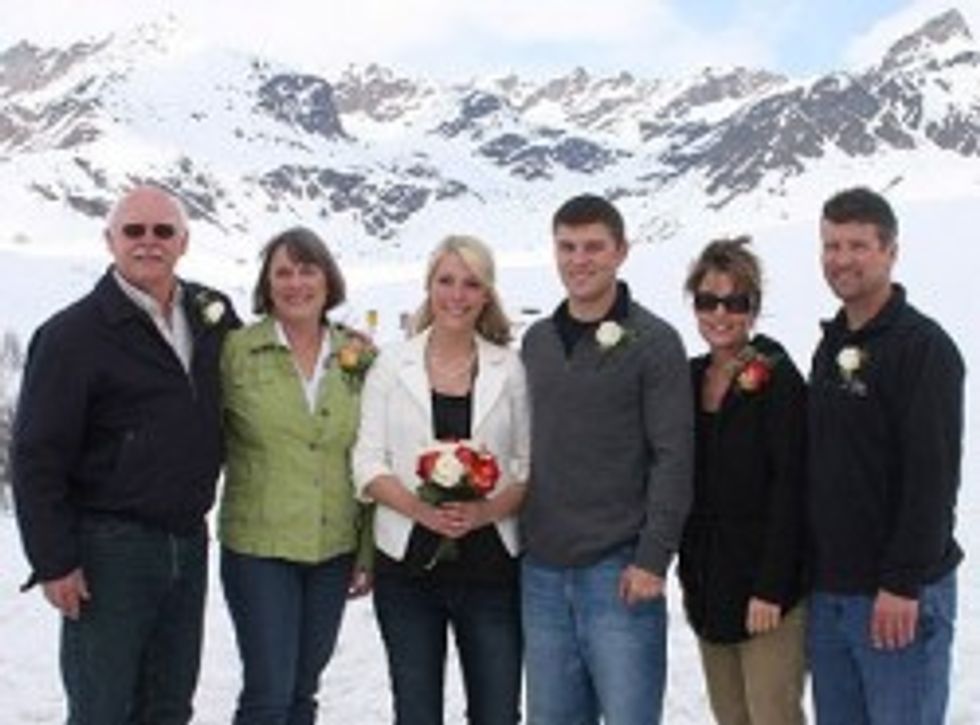 Woe be this day, for the fairy tale romantic love of Sarah Palin's eldest princeling son and his once-preggers bride havefiled to dissolve their holiest shotgun union.

For reasons unknown, the TMZ post that broke this BREAKING NEWS does not mention Tarp Palin's alleged juvenile pranks, his purported Oxi-ness, or the amount of time the couple were married before birthing former half-term governor Sarah Palin's second (acknowledged) grandchild. (Three months.) It does, however, say this:

Track is an Army reservist and served time in Iraq. He's a commercial fisherman and plans to go back to college.

We have never seen people plan to go back to college so much as Palin spawn and their beloveds. Really, honestly, there's community colleges everywhere. You don't have to get in, you just go sign up.

Anyway, mazel tov, you crazy kids. Go forth and be total assholes probably.