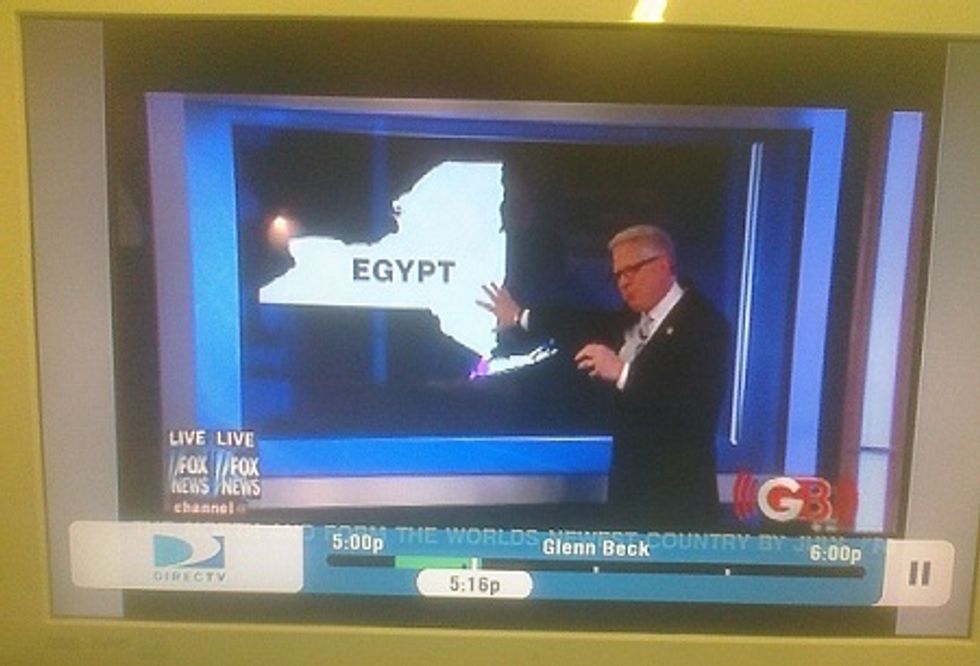 According to a press release, Glenn Beck isofficially going to "transition off" his show later this year and will no longer be seen by the few remaining holdouts holed up in official Glenn Beck-brand bomb shelters across the nation. Fox and Beck's production company, Mercury Radio Arts (which is, yes, probably so named just to annoy the ghost of Orson Welles) simultaneously announced they were partnering to work on a few specials for the channel, but let's be honest, that's just to distract us — this means Glenn is probably dead. True patriots knew he would one day give his life for speaking the truth, and it appears the Stalin clone army made by illegal immigrant geneticists working for The Muslims finally came to murder Glenn at his Alamo.

Roger Ailes, Chairman and CEO of Fox News said, “Glenn Beck is a powerful communicator, a creative entrepreneur and a true success by anybody’s standards. I look forward to continuing to work with him. ”  Glenn Beck said: “I truly believe that America owes a lot to Roger Ailes and Fox News. I cannot repay Roger for the lessons I’ve learned and will continue to learn from him and I look forward to starting this new phase of our partnership.”

Translation: Roger Ailes said, "The socialist secularists kidnapped me and forced me to replace Glenn with a caliph as the new host of his show." Glenn Beck said: "They've come for us, Eva. Let's do it right. Guns blazing! Owwwwww."

As this is a scenario listed on the back of the bottled hemlock Glenn endorsed, all his viewers will be dead by sun down. They're laying down their scooters. The battle is over.