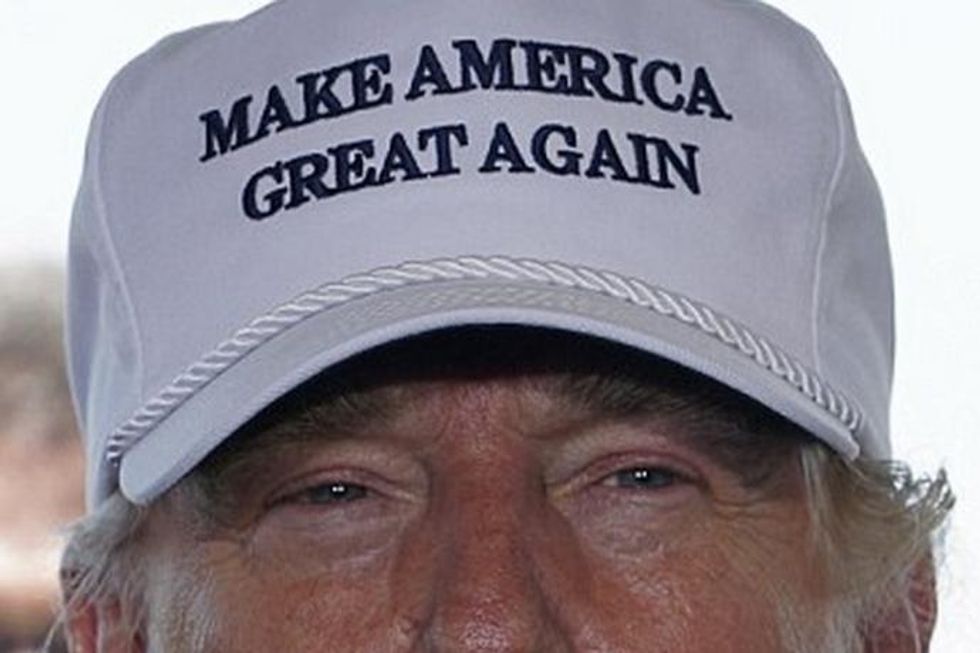 Perhaps the most enduring question during the Donald Trump campaign has been "What era is Trump even talking about when he says 'Make America Great Again'?" Because let's be real here, time traveling back to our past becomes increasingly unappealing the less you are a rich white dude. Weirdly, despite how "unfair" the press has been to poor Donald Trump, no one has really pressed him on this question, and thus we have been left to ponder this on our own.

Well! Wonder no more, sort of! For yesterday, I stumbled upon the r/AskTrumpSupporters subreddit -- a forum in which you can ask Trump supporters what the hell is wrong with them. Fancy that! Even fancier, it turns out that the "When the hell was America so great?" question had already been asked like 1000 times, so I didn't even have to do the asking myself! Fun! So, for this edition of the Monday Cringefest, I thought I might dive in and share their totally rational thoughts with you.

First, the least surprising thing is that many of them said the 1950s!

AH YES, the 1950s! Totally a good time to be a woman or a person of color! And the nice economics of that time had literally nothing to do with high participation in unions or high taxes on the rich or anything like that! Nope! Because it is way more fun to pretend that those things were never things to begin with, and that companies just naturally paid people more because of the free market! Or something!

It should come as no surprise that many of the Trumpkins actually believe this was a fabulous time for women and people of color as well! Because that's when they knew their place!

ALSO, they think it was pretty "great" when America had super racist immigration policies!

And like, racism was totally OK because it's not like there were THAT many people of color anyway!

Yes! "Racism was a feature, not a bug." It was totally great and very necessary to making life GREAT for people like this dude here in this subreddit. Why did they have to ruin everything just so's some black people could have "rights," huh? WHY DID THEY TEAR HIS HOUSE DOWN AND LET THE BLACKS MOVE IN?

Another popular explanation is that it is an "imaginary time" but that this is totally fine, because sure, why not!

OH, and here we are again with America being torn from "greatness" by the evil minorities!

Gee, it's just so weird that anyone thinks Trump supporters are racist!

I have to say, I find it particularly adorable that these people think that Americans were not xenophobic AT ALL so long as the immigrants were European.

This one guy got a little misty-eyed explaining his idea of what Trump meant by Making America Great Again. And also racist.

YES, how can a man dream of being an astronaut when there are all these annoying black people around asking to not be murdered by police? And wasn't it great when someone could earn a living and support their family by working in a factory? Yes, that is definitely a thing that had nothing to do with 50+ years of people fighting, striking and dying for labor rights. Or unions! Yes, it was all due to the free market, which magically placed a great deal of value on the work these people did, after not doing that for a really long time.

OH, here is an interesting one. Things were great before the collapse of the Soviet Union, because we all had a thing to hate:

Yes, the Cold War, that sure was a good time for everyone involved! Why did we ever stop doing that?

So there you have it, folks! Sort of! Apparently, if we just go back to the gold standard, find a country to collectively hate and fear, and ask women, black people and minorities to put the interests of white men first instead of being so selfish all the time, AMERICA WILL BE GREAT AGAIN, for these people, in this subreddit.