The Juggalos Are Sticky, Dumb, and Grease-Painted, But Not A Gang 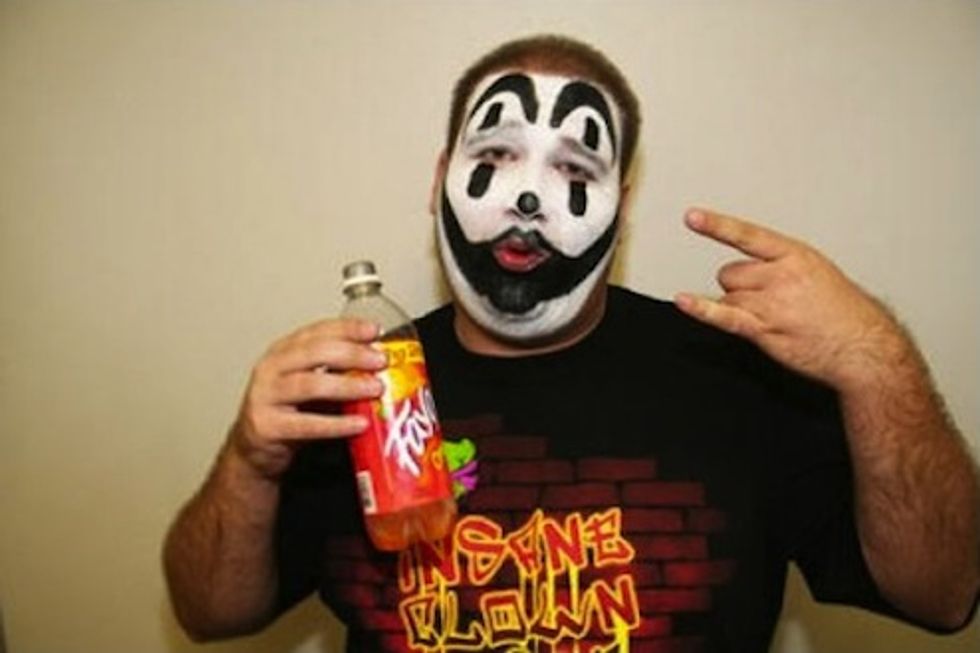 We are all aware that the Juggalos, the paint-smeared fans of terrible rappers Insane Clown Posse, count among their ranks some criminally stupid individuals. This is not news, particularly when the leaders of your pack are people who do not understand how magnets work.

But though you are super dumb, Juggalos, you're not a gang.

Horrorcore-rap duo Insane Clown Posse, along with four fans, are suing the Department of Justice and the FBI, demanding that the agencies purge the fan name "Juggalos" from their list of gang members. "Organized crime is by no means part of the Juggalo culture," reads the complaint, filed this morning in federal court in Detroit.

The suit stems from the FBI's National Gang Intelligence Center classification of Juggalos as "a loosely-organized hybrid gang," one with multiple affiliations. Lawyers for ICP and the ACLU claim that the profiling of Juggalos — based on their distinctive clown makeup and Hatchetman tattoos — lacks reasonable suspicion of gang affiliation.

Seriously, do you know how much we hate having to agree with ICP or the Juggalos -- fucking JUGGALOS -- about a thing? It's like feeling you need to agree with a doorstop or a piece of driftwood.