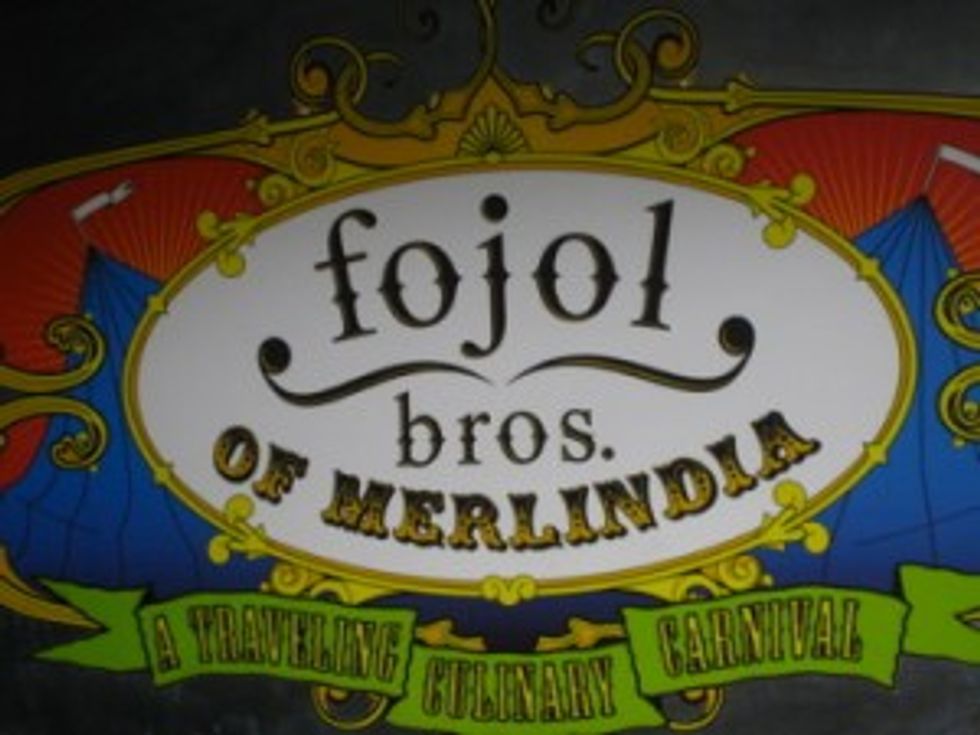 Many DC denizens, if given enough seed money to start a business, would rather invest it in something "fun," like cocaine. Others, like theFojol Brothers of Merlindia, opt to buy a food truck, travel around DC and feed drunk people delicious (and healthy!) Indian food.

The Fojol Brothers are, in fact, two actual brothers and their friends. (The word ‘Fojol’ is made up and Merlindia is not a real place, FYI.) They have created the newest food truck to hit DC, and have been selling Indian food in the District since the Inauguration. They use Twitter to broadcast where they are going and, once there, serve five or six different vegetarian and meat dishes.

The food is for the most part delicious. The smell from the cart is heavenly and the dishes taste like what you would expect from Rasika. The chicken curry is spicy and really flavorful, but the eggplant is a little dry and bland. They serve more rice than actual food, so it’s kind of expensive for what you get. They also offer sweets, which will for sure remind you of the shit your parents would feed you instead of "real" candy when you were younger. But you will end up finishing the whole bag, and not just because you’re often three sheets to the wind by the time you turn up at their cart.

However, the Fojol Brothers want to do more than just feed your drunken ass when you leave Saint Ex with that moderately attractive girl in tow. They insist that the food, the truck, and their crazy name and costumes are all part of their larger goal, which is to unite DCers by feeding them ethnic cuisine. While DC already has plenty of affordable, ethnic restaurants, the Fojol Brothers manage to bring that convenience to people who would rather not leave the Northwest quadrant or enter an actual building.

Their cart is very popular, but the thing is, they have a niche market; the nearest Jumbo Slice is literally blocks away, and who can be bothered to walk when they're busy getting plastered? If a Jumbo Slice truck pulled up right next to the Fojol’s piles of rice and sanctimony, the story might be different.

But hey, the food’s not bad, the scene is fun, they give money to charity, and, in spite of it all, we’ll still be going back for seconds.