The NRA Is Scared Of Girls 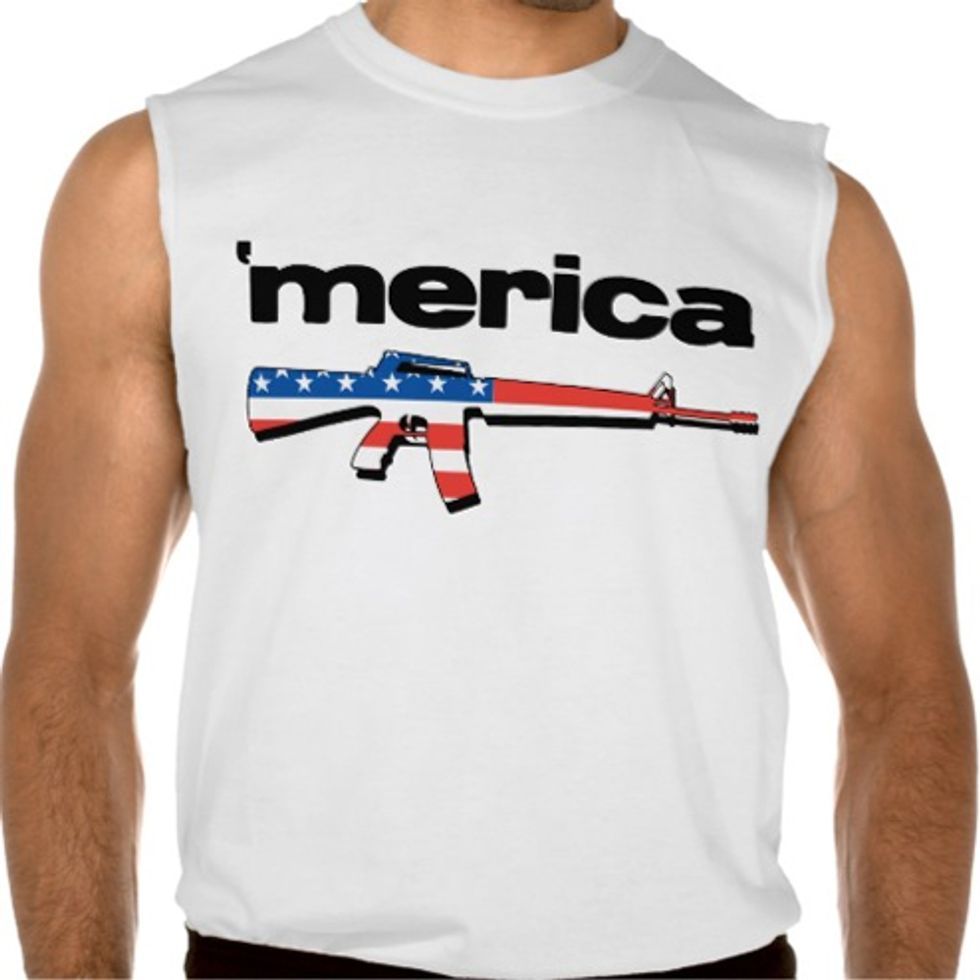 Here's some very measured, very partial Nice Time for you nice people! The National Rifle Association, according to a piece by Laura Bassett and Christina Wilkie at theHuffington Post, is quietly backing away from one part of its "never restrict guns ever anywhere for any reason" agenda, and has actually dropped its objections to a law in Washington state that would require people to give up their firearms if they're served with a protective order for domestic violence. And that's after opposing the bill for over 10 years. The NRA has also not opposed similar bills in Louisiana, Wisconsin, and Minnesota. This is a big step forward from the organization's previous position, which was that only someone convicted on felony charges of domestic violence should have to surrender their precious Freedom Irons. And of course, the NRA still opposes any broadening of the scope of such bans to include perfectly OK charges like stalking, because how else are you going to catch a deer?

The group did want some changes made in exchange for its not calling down the wrath of the Internet batshit brigade against the bills. In the case of the Minnesota law, the bill's sponsor, state Rep. Dan Schoen, said that the NRA asked that a requirement that people with protective orders give up their guns to law enforcement or a licensed federal firearms dealer be modified, so that they could also just leave their guns with a relative, which doesn't exactly seem as secure, but hey, at least it's a compromise. Maybe the family member would have to pinkie swear not to give the gun back to the accused abuser if they seem to be in a murderous rage, too.

Once Schoen made the alterations, he said, the group became more agreeable. The bill is expected to pass the Minnesota legislature in the coming weeks.

"The NRA has been really good to work with on this particular issue," Schoen said. "It pains me to say, but they have been."

OK, so why the NRA's sudden openness to something that almost resembles sanity?

Bassett and Wilkie speculate that the change may in part be a reaction to the involvement of a former NRA official, Richard D'Alauro, in a domestic abuse case; a judge ordered the seizure of all 39 of D'Alauro's innocent guns. Needless to say, the NRA had no comment on that. Bassett and Wilkie also cite polling that shows 80 percent of respondents favor judges removing weapons from those involved in domestic violence, but we're not terribly persuaded that the NRA would find that very convincing, considering that similar percentages of Americans support universal background checks.

Somewhat more likely is the possibility that the NRA really wants more women to join its happy band of nihilists, and so it's willing to give a little in one small area of gun-restricting for the publicity benefit of avoiding headlines like "NRA OPPOSES KEEPING GUNS FROM DOMESTIC ABUSERS," which had an unfortunate tendency to make the group look like total assholes who wanted domestic abusers to be able to have guns.

Now they just look like total assholes who only want stalkers to be able to have guns, so ladies, maybe you should give the NRA another chance.

Follow Doktor Zoom on Twitter. This is not the kind of bang he had looked forward to.