The NYPD Just Can't Keep Its Eyes Off Of You 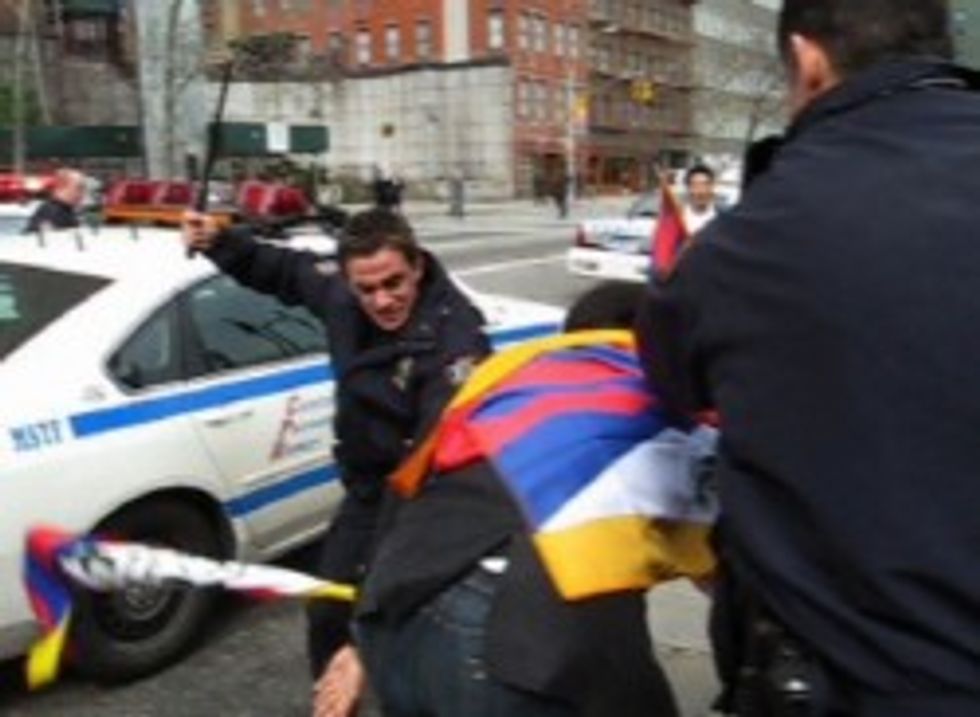 Hello residents of New York City! (And probably alsoNew Brunswick and parts of Connecticut, Buffalo, and Philadelphia)! Are you doing anything wrong? No? Then why not let Michael Bloomberg’s personal army the NYPD take a look at what you’re doing ALL THE TIME? You don’t mind, do you? After all, if you’re not doing anything WRONG (or emailing OTHER people who might, by some stretch of the imagination, be THINKING about doing something WRONG) then why would you mind? Good, now that this has been settled, you can look forward to the unveiling of the all-seeing "Domain Awareness System" next week, which is not at all Orwellian and given that it was developed via a partnership with Microsoft, has absolutely no security issues! Don't you feel Safer already?

Kelly spoke Saturday before an audience at the Aspen Security Forum.

The NYPD has been under fire for surveillance of Muslim communities and partnering with the CIA to track potential terror suspects. Muslim groups have sued to shut down the NYPD programs. Kelly defended the policies as key to thwarting 14 terror plots against the city since the attacks of Sept. 11th.

Of course, these “14 terror plots against the city” include the plot wherein the police gave $100,000 to a man of “limited functionality” who had no bomb, no link to foreign terrorist groups, and no real ability to carry out a terror plan. But kudos anyway, because it's the thought that counts.  Oh and they  also include a plot that was actually stopped by a T-shirt vendor in Times Square and that the NYPD knew nothing about beforehand.  But they WOULD have maybe if they had been able to conduct surveillance on the Time Square Bomber all the time, probably. And  think about how much SAFER you’ll feel when Bloomberg’s own army the NYPD are able to monitor YOUR every move, on or offline! After all, if you’re not doing anything “wrong” (or emailing someone else that might be thinking about doing something wrong) then why would you mind?