The Obamas Need A Dog! 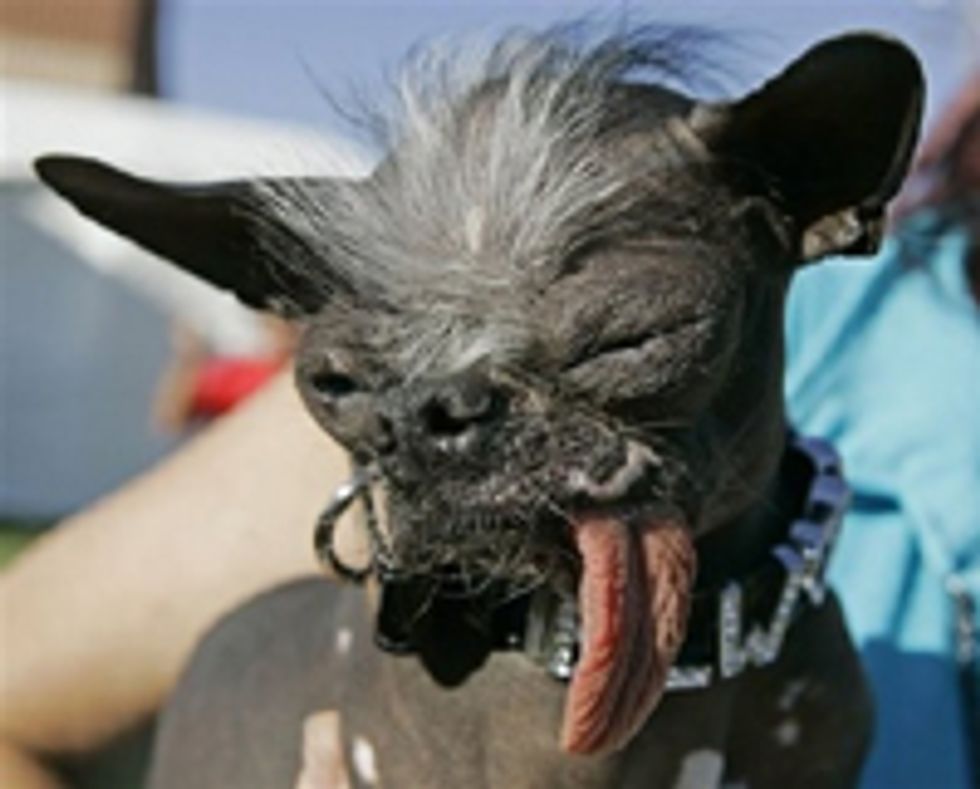 The American Kennel Club wants to know what kind of dog you think the Obama family should get once they are all elected president. The two youngest President Obamas, Malia and Sasha, have Elitest allergies so they will need a fancy hypoallergenic dog instead of a nice old mutt from the D.C. pound who would love them forever for springing it from Dog Prison.

In a perfect world, the Obamas would of course get an Airedale terrier: the proud pet of Presidents Theodore Roosevelt, Calvin Coolidge, and Warren Harding, and a lovable goofus who will happily rip off the balls of its owner's enemies.

But that isn't an option as far as the AKC is concerned, so Wonkette readers are implored to vote for the Chinese Crested. Not only is it the most terrifyingly ugly animal on the planet, it is also from the Red Chinese, so Lou Dobbs will hate it an extra lot.