The Official Neocon Stance On 'Soccer,' The Children's Game 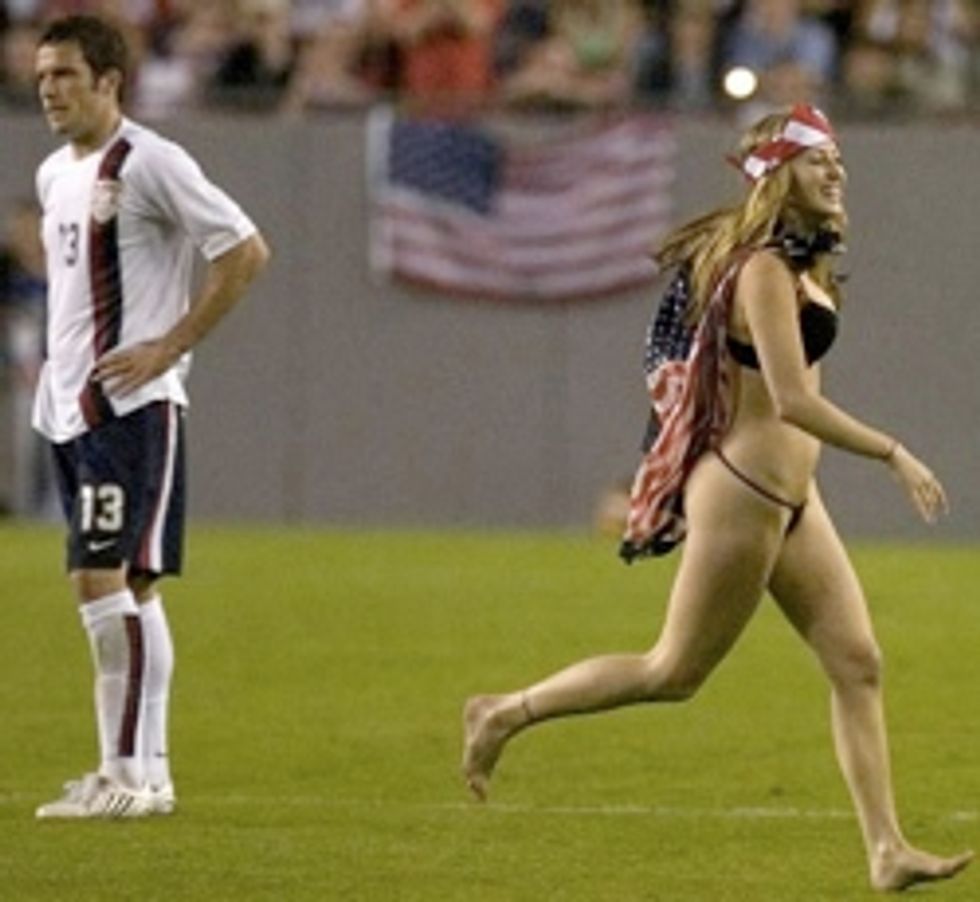 So you hate America? Then you must love soccer! Soccer, or "foot-ball" in Latin, is a game Americans force their children to play (badly) for a few years before they graduate to "real sports," such as driving to Checkers in Ford F-350s while drinking a Big Gulp of chocolate sauce. Still, not that many people noticed the other day when the "meh" United States men's soccer team defeated #1-in-the-world, 35-games-unbeaten Spain, 2-0, in a fake tournament in South Africa, where every attendee in every stadium blowsannoying as hell Tribal Horns for every second of every game, THEY REALLY NEED TO STOP THAT, anyway: Gary Schmitt, a conservative hero at the American Enterprise Institute, wrote a reaction to the upset and ended with his explanation for why Americans don't get into soccer like the rest of the world does: because the rest of the word hates fairness and freedom and Justice, which play no role in this evil, fraudulent sport.

Schmitt notes accurately that on the whole, Spain probably played better against the United States, or at least had more opportunities to score. But they didn't score, and the ability to finish is a big part of what determines whether a team plays "well" on any given day, right?

For sure, there may be a number of reasons that is the case but my suspicion is that the so-called “beautiful game” is not so beautiful to American sensibilities. We like, as good small “d” democrats, our underdogs for sure but we also still expect folks in the end to get their just desert. And, in sports, that means excellence should prevail. Of course, the fact that is often not the case when it comes to soccer may be precisely the reason the sport is so popular in the countries of Latin America and Europe.

Harumph! And that is Gary Schmitt's decisive take on "soccer." Next?

The Not-so-beautiful Game [The Enterprise Blog via Matt Yglesias]