The Snake Oil Bulletin: What's The Deal With The Breast Milk, Huh? 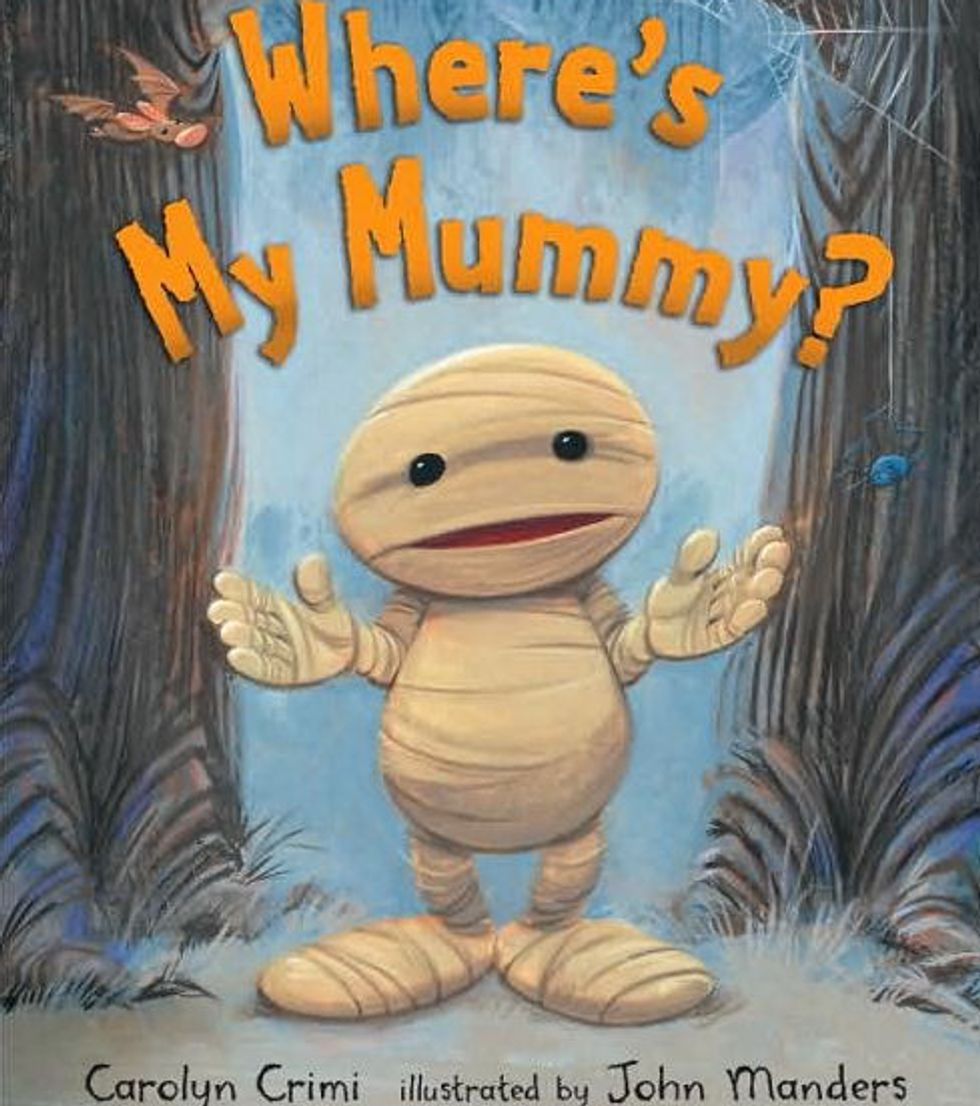 Welcome back, friends, and a Chappy Chanukkah to our friends of the Abrahamic persuasion! It's time once again for the Snake Oil Bulletin, a weekly mashup of the creepiest, crawliest, most lurid tales of depravity and sin this side of the Rio Grande. Or maybe it's a column about pseudoscience; who knows really?

This week we start with a case of quack therapy gone so horrifyingly wrong that under normal circumstances it'd make you scream for your mommy. Yet after reading this tale, you might never want to use the words "mommy" or "mummy" ever again. In fact, while we're generally against the idea of trigger warnings on principle, we're going to slap a great big ole trigger warning all over this puppy for FUCKING GROSS.

Christian Therapist Made Her Patients Suck “Mummy’s Milk" From Her Teats, For Therapy

Everyone has a few issues with their parents. Some of us work on those issues by befriending our folks as adults, some of us try not to repeat the mistakes our parents made in raising our own kids, and some of us invade two different countries in the middle east because Daddy didn't like us and the ghost of George Washington reincarnated as our mother told us to.

Yet one thing we can all agree is that there is not a grown-up alive who would benefit from BEING BREASTFED AGAIN. Don't tell that to quack psychotherapist Vanessa Clark, who was sentenced this week for six counts of indecent sexual assault when she forced several of her clients to revert to babies, molested their no-no zones, and made them suckle from her tits so they could get "mummy's milk." Take a moment to go vomit up your collected breakfasts for the past few years because this story doesn't get any better.

For years, Vanessa Clark operated a "Christian therapy" practice in Oxford. We hesitate to even call it a practice because by all accounts it doesn't sound like Clark even had a physical office to do her therapy, but rather just dragged clients back to her apartment, which is what a real doctor does probably.

The first complaint brought against Clark was from a client she saw in 1996 who needed counseling to recover from unspecified abuse she suffered. Rather than work with the wealth of resources available to treat PTSD, Clark decided to practice the quackery that is "regression therapy." You may recall that "therapy" from tales of UFO abductions or the made-up Satanic Panic of the eighties. It's a largely discredited technique in which a therapist put a client in the headspace of an assault victim, a UFO abductee, a house plant, etc.; someone vulnerable and susceptible to suggestion is the key. The quack then exerts incredible control over their client's actions and through leading questions can drive them to just about any conclusion the quack wants. Most therapists now refer to this as "brainwashing" but most therapists don't understand the healing power of breast milk, now do they?

Clark decided the best thing for this woman to do was to completely revert to an infant-like state in order to relive her trauma all over again. Naturally this is fucked up and made the client nervous, leading her hands and legs to shake. Clark insisted this shaking wasn't from fear of being trapped in a room with a crazy person forcing her to relive painful memories, but because her client's body was trying to get her mother to lactate.

"Ms Clark then asked her client, 'does baby want some milk?' She then guided her victim towards her breasts who took them into her mouth."

On another occasion, the same victim was encouraged to revert her mind back to this childhood state again, before Clark took off her top and said, "have some mummy milk."

The second case brought against Clark involved a woman who saw her in 2001. Once again, Clark's victim came to her through a church contact:

[Prosecutor Henry James] said: "The victim began to develop an intense relationship with the defendant during their once a week sessions, which she welcomed.

"The assaults began when Clark massaged the woman's back and over her bra, before she undid the bra. "The woman became sexually aroused and Ms Clark reassured her this was her 'inner baby' coming out and 'she needed this.'

[contextly_sidebar id="xN94ZVGDpqbk89GMoF04quflQKkNm1Is"]Christ on a Biscuit. It's one thing to molest your adult client -- We're used to that from religious quack "therapists" -- but molesting your client while she is in the headspace of a baby and saying she "needs this" is a new level of what the unholy fuckery.

The British tabloid press has shown its usual restraint and civility in this case, referring to Clark as a "Warped Christian cult leader" who was "power-tripping" in court, despite the lack of evidence that she led a cult or anything higher than a scrapbooking club. True, "adult-baby tit molester" is hardly a lofty title either, but as far as we can tell the only connection Clark had to any religious group was that her services were recommended to parishioners by a local priest friend. We're a little suspicious of the lurid label, is all we're saying.

However, perhaps the strangest part of the case is that Clark herself seemed to feel remorse for her sexual assault, as she submitted a letter to her friend (the woman who turned her in, incidentally) in which she admits plain as day that she was grooming her clients for sexual assault:

I was grooming them to get power over them.

I set out to get under their skin so they would become fixated on me. I would breastfeed my clients and on one occasion took off my top before [the victim] consented, and told her it was a special thing I would do only for her. It was entirely deceptive and manipulative.

I made them envision extremely violent visualisations of torture. When [the victim] wanted to stop I insisted on going on. I gave no thought to her or her vulnerability. I subjected her to my sadistic desires. I exerted great will and domination over her.

Regardless of the lurid tone The Mirror takes in their reporting, Clark is still a sexual molester. She's been sentenced to four years in prison and will be on the sex offender registry for the rest of her life, so perhaps there is one bright spot to such a twisted tale of institutional abuse. The takeaway is if a therapist or other professional tries to push you to drink her moldy "mummy milk," run fast as your infant-regressed legs can take you. Jesus Christ we need a drink, OF ALCOHOL, because we are A Adult, dammit.

Our next tale is a development that should shock only small children confused by Mommy and Daddy's sudden disappearance when placing their hands over their faces. An Australian primary school, which for years had not met the state vaccination rates and had even urged people to be "tolerant" toward parents who didn't vaccinate, has suffered a massive chicken pox outbreak that has sent home a whopping 25% of the total student body.

Brunswick North West Primary is a primary school (Australian equivalent of an elementary school) nestled in the north of Melbourne that for some time now had touted their open-mindedness about vaccines. We would note that opening your mind too much can lead to losing your brain but we'll save that for the comments we don't allow. While the school did not actively encourage non-vaccinating parents to attend, they certainly didn't seem too miffed about it.

[contextly_sidebar id="86Sknd9KsNoMxFhgKnOCcu9DBuLlI4QO"]That number sounds awfully familiar. Oh yeah! That was about the vaccination rate we chose for the disease "my dick" way back in February during our discussion of how herd immunity works. Remember how much "my dick" tore a swath through the population with a vaccination rate of 70%? Didn't end well, did it? "My dick" was a fucking beast. If only principal Trevor Bowen had read our report instead of making thoroughly ass-hatted statements like this:

Staff respect the rights of every family to make choices about immunisation and we will definitely not exclude children who are not fully immunised from our service... We expect all community members to act respectfully and with tolerance when interacting with other parents and carers who may have a differing opinion to their own. This includes an opposing understanding about child immunisation.

In fairness to the school, it's actually illegal under current Australian law to exclude a kid from primary or high school for not being vaccinated, and even the upcoming "No Jab No Play" law will only exclude unvaccinated disease vectors from attending preschools, day cares, and kindergartens. Yet even with all that said, it takes some next level bullshittery to pretend that immunology and disease theory come down to an "opposing understanding."

[contextly_sidebar id="XkWjUfKNDB6DPUPrT3cfozAoxvr3OEM5"]Immunology is not a democracy. Science doesn't care if you have a different view. Belief in miasmas didn't stop all those people dying of cholera, and believing chicken pox is no big deal will not save all those kids from possible meningitis, pneumonia, and most definitely shingles, AKA the most horrible pain your grandparents will go into gut-wrenching detail describing. VACCINATE YOUR FUCKING KIDS.

li style="margin-bottom: 10px;">Pro-lifers demand the right to shove pictures of chopped up baby limbs into your toddler's face. But remember: children are precious!