The Steel Spiders of Louise Bourgeois, at the Hirschhorn 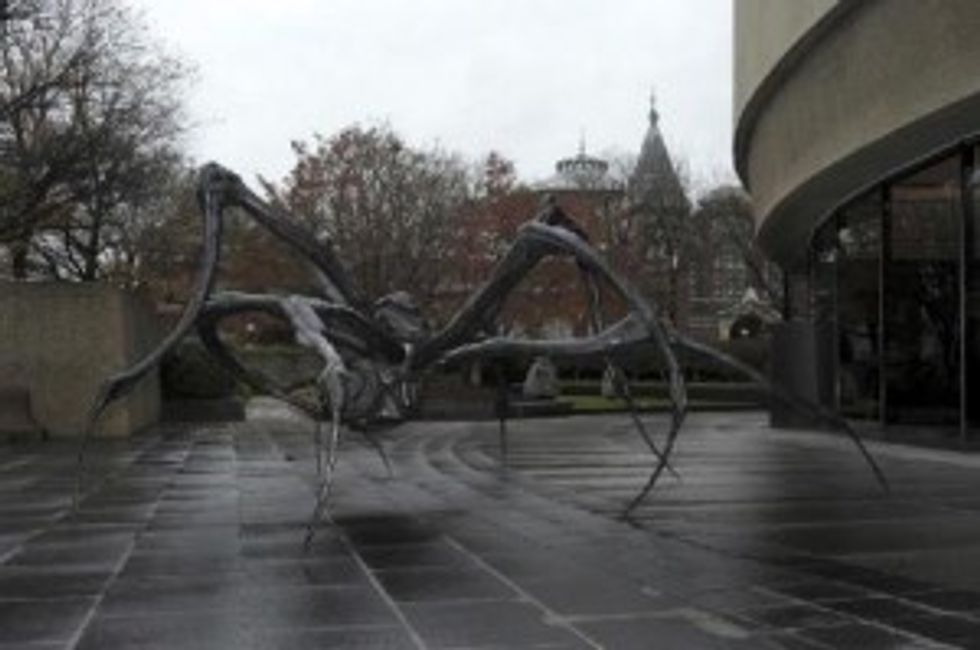 The newest exhibit at the Hirschhorn (opening today!) is a retrospective of 97-year-old sculptor Louise Bourgeois. With a career spanning back to the 1940s and more than 100 sculptures in this exhibit alone, there's a lot to know about Bourgeois. The Hirschhorn is giving two lectures to help out!

French-born Bourgeois is probably best known for her enormously creepy (and just plain enormous) steel spiders, one of which is currently greeting visitors at the entrance to the Hirschhorn. In fact, most of her work is unsettling and weird, as she uses her sculptures to confront assumptions about sex and the human body from a feminist perspective.

If you fail to see the connection between feminism and giant arachnids, well, you're not alone. The first Hirschhorn lecture at 7PM tonight, entitled "The Phallic Woman: Conflict and Fragmentation in Louise Bourgeois' Conception of the Female Body," should help shed some light on that little mystery. The second talk, at 12:30PM tomorrow, is being given by local artist Cara Ober and seems a little less intense than the former. Both are free! [Hirschhorn Museum and Sculpture Garden]