The Tax Bill Was Not The Democrats’ Fault You Silly Wankers 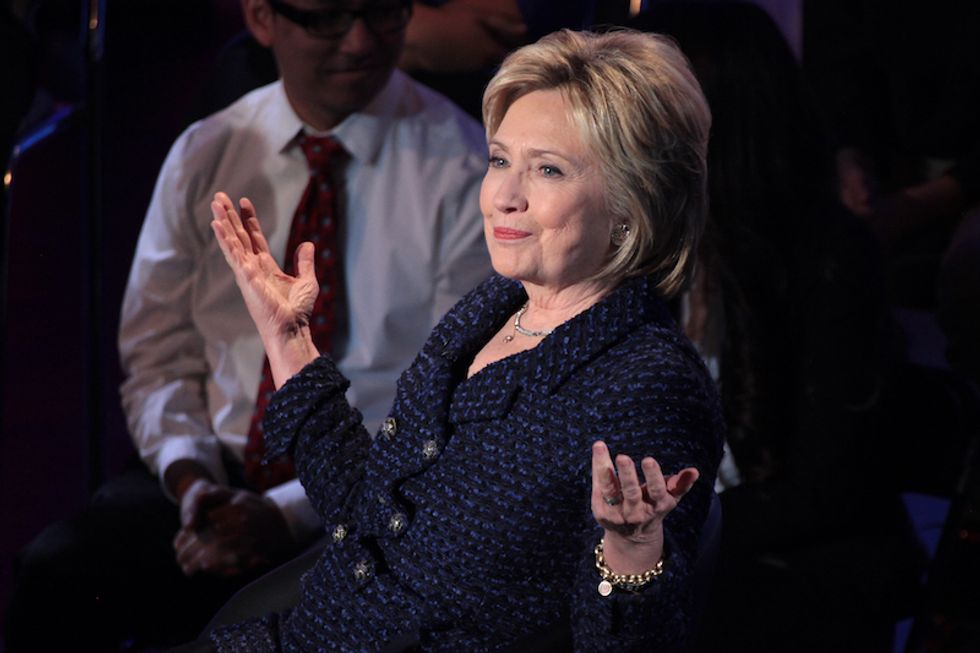 THIS WOMAN IS NOT RESPONSIBLE FOR YOUR SHITTY CONGRESS

I don’t like your faves. Let’s get that out of the way up front. I have met them, you see, and they are people just like us and most of them are assholes when the cameras are off, same as you would be! My politics, especially since mid-2016, can be summed up thusly: GET OVER YOURSELVES AND STOP THE FUCKING FASCISTS. I don’t care who should have won or who stole what from whom or whose praxis is more pure or whose candidate is more perfect.

If I hear another word about either Hillary or Bernie I might lose my shit entirely and just start voting for Vermin Supreme for every office because at least that fucker’s gonna give me a pony. Equally important to me in a candidate: I have never heard Vermin Supreme say that he loses because people have simply failed to comprehend his glory. He knows he loses because his name is Vermin Supreme and because he doesn’t campaign. I appreciate that kind of honesty.

That sounds like a joke but TBH as a non-Dem I’m so disgusted with the lot of you after the way you’ve all been behaving this past year that if voting for Vermin wouldn’t have risked the apocalypse I’d have done it just to register my disapproval on the theory that not voting looks like apathy, but drawing a dick on the ballot sends a message.

All of that is to give you the proper reference to the following statement: If you are asserting that this tax whatsit is the fault of the Dems then you have lost the plot and should have yourself checked out to see whether someone has damaged that part of your brain that is in charge of critical thinking. You have sunk so far into Deranged Twitter Personality that you should consider whether someone should check your food to be sure you’re not ingesting drain cleaner because I am worried that you are incapable of understanding that drain cleaner and apple juice are not the same thing.

That, or you’re actually just a shitty human being because at a moment this fucking critical, before the bill has been reconciled and signed - A MOMENT WE COULD STILL DO SOMETHING ABOUT THIS - you have chosen to play How Is This The Fault Of The People Who Annoy Me Most and that, friend, is the moral equivalent of telling starving kids and dying patients “hold up a second, I’m going to help you but first I have to be sure that my enemies are aware that I still have this moral high ground. Do me a favor and try not to die while I’m gone, I will totally help once the IMPORTANT shit is done!”

The Dems are a moderately less bad option for people who only want a few lobbyists in any given bill. They vote less frequently in favor of ruin and disaster. They can be counted upon at least to say all the right things while they vote to fuck you up. None of this is good. Also? That’s political fucking reality with two parties, first-past-the-post voting and Citizens goddamned United.

There is time to talk philosophy and politics and what world we’d build if these fuckers would move and let us actually advocate for single payer, for instance. That time is in a goddamned bar when you’re like three drinks in and Nancy Pelosi comes on the TV to do whatever it is Nancy Pelosi does.

Today we are facing an existential threat from actual malicious evil. This is not a quarrel over guiding principles nor an internal battle over what voting system we should use in the primary. This is the GOP openly defying all custom and reasonable order. This is Paul Ryan enacting every twisted fever-dream he’s ever had, McConnell finally repaying all those favors to K street, these people are stealing our entire nation and consigning millions to penury and ruin and want and you are fucking telling me you blame the DEMOCRATS for this somehow and what’s more you’re going to actually spend your energy bitching about this? Are you stupid or did you take some acid and listen to The Fountainhead on audio last night?

Thing is that if you’re actually vulnerable - that is, if this bill’s impact on you will be more than fucking with your writeoffs or making things slightly more expensive - you won’t be one of the fucking idiots bitching about philosophy.

I’m writing this from New York City, sitting across a tequila-strewn table from a woman whose parents immigrated from Guyana and who organizes on behalf of people who can’t afford food every day. Neither she nor I were in the pantsuit nation. We both think the DSA is screwing up by not going hard enough for what they believe. We both think you’re fucking nuts trying to pin decades of GOP dreams coming true on the Dems.

Stop it. Be better. Think harder. Aim more carefully. But mostly? SHUT THE FUCK UP AND GO FIGHT THE FASCISTS.

And now, your open thread!

We are not the GOP here and we don’t have all the monies so please tip us!