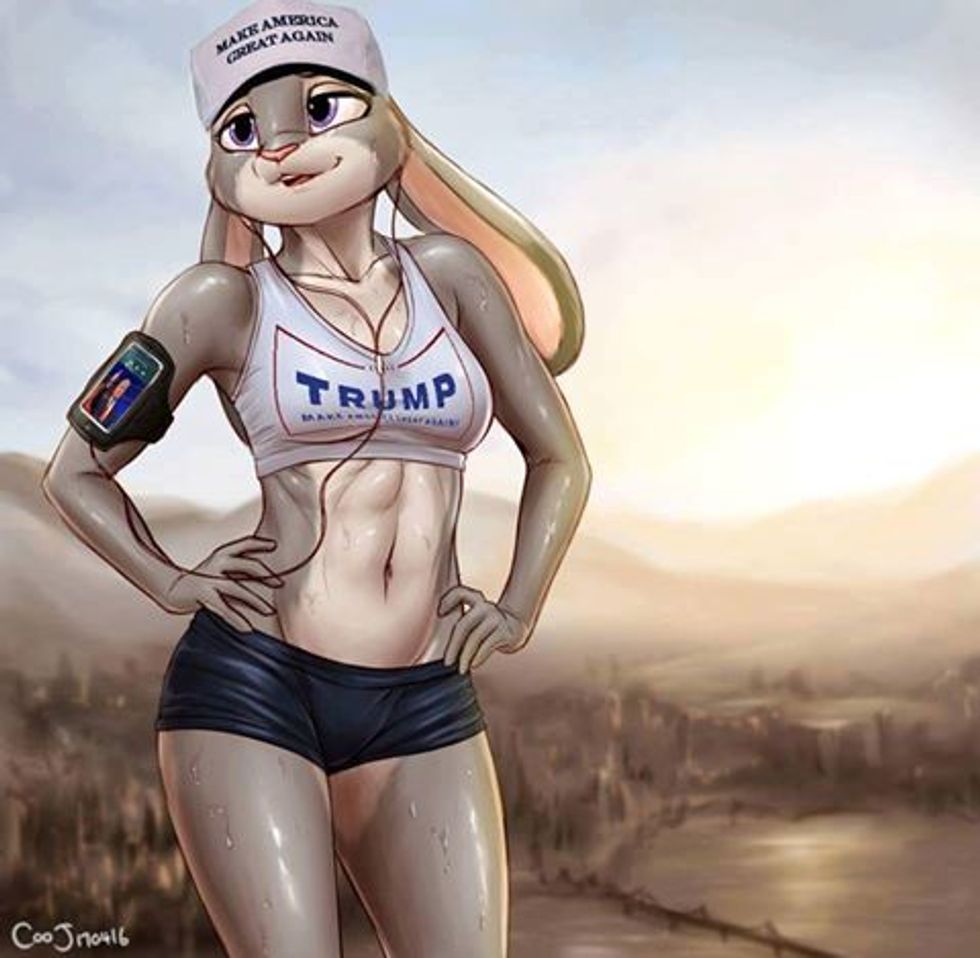 MAKE ANIME GREAT...at some time in the near future

It's no secret that Trump's not a fan of the sexy anime mango ladies. Yer Wonkette's talked about this before, and Trump has even said so on the Twitter-machine!

Trump hates the half-naked cartoon ladies -- OR DOES HE?
via - imgur|Ocarinajoe98

But honestly, when was the last time anything Trump said wasn'timmediately contradicted by something he alreadysaid? Just to make your weekend a little more freaky, yer Wonkette has collected works by the weirdo fetishists that have adopted Trump as their teen sex-idol and senpai (that's CLASS LEADER in fancy Japanime-speak).

“All of the women on The Apprentice flirted with me – consciously or unconsciously. That’s to be expected.”
via @Anime_for_Trump

“The beauty of me is that I’m very rich.”
via @Kurisu_Kitsune

"I actually don't have a bad hairline."
via Tumblr|Make Anime Great Again

“I have never seen a thin person drinking Diet Coke.”
via photollow|@boneclinks13

“I think the only difference between me and the other candidates is that I’m more honest and my women are more beautiful.”
via @ninja_muffin99

And, if you thought THAT was bad, just remember that there's furry community dedicated to Trump. We're pretty sure it's, like, just one guy -- BUT THAT'S STILL A COMMUNITY, DAMN IT!

“I’ve said if Ivanka weren’t my daughter, perhaps I’d be dating her.”
via Facebook|Furries for Trump

“You know, it really doesn’t matter what the media write as long as you’ve got a young, and beautiful, piece of ass.”
via Facebook|Furries For Trump

Because Wonkette is not afraid to be servicey! Also masturbatey, and kind of gross.