The UPS/FedEx Terror Parcels: What You Need To Know 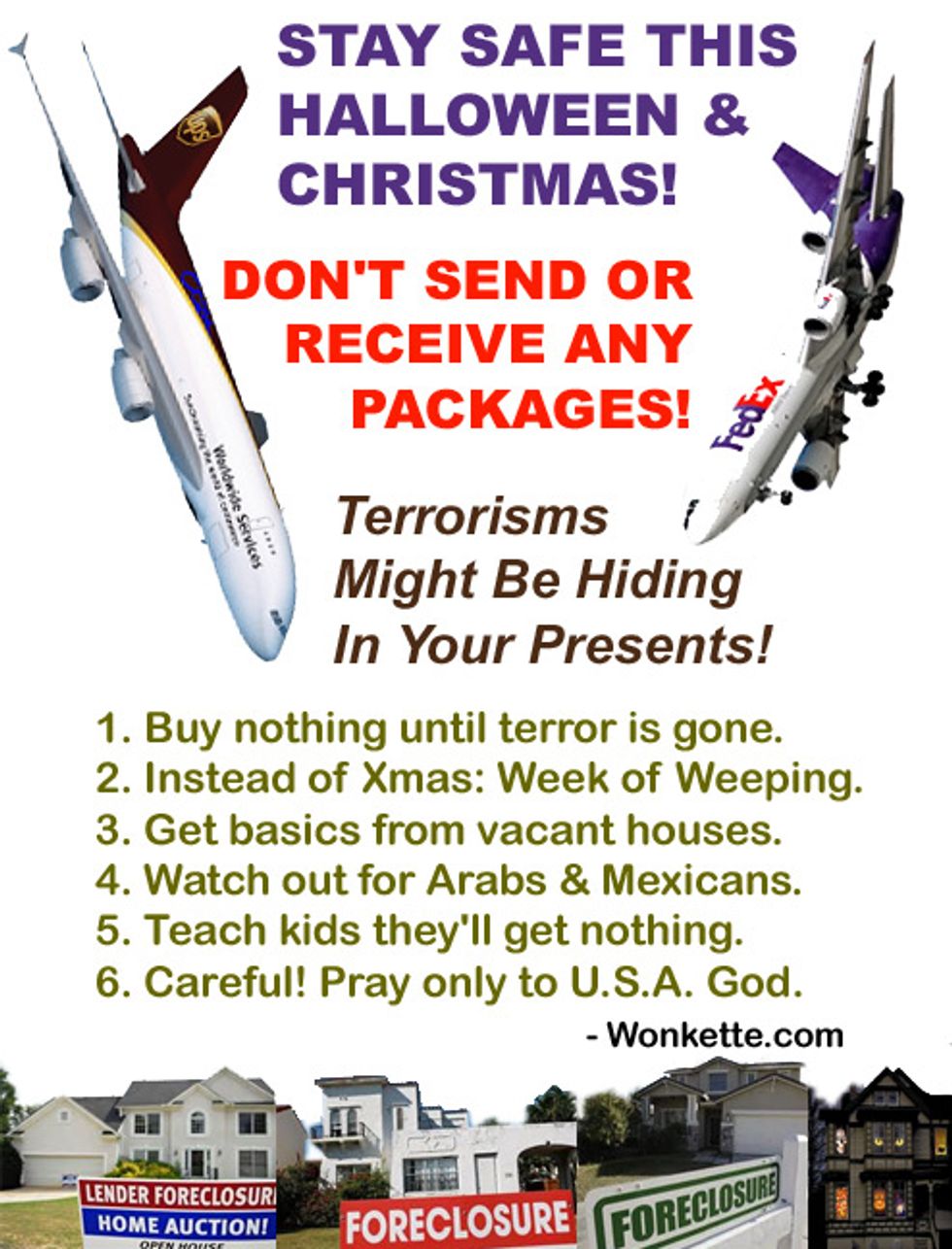 For decades, the nation's dogs have known something was up with those UPS and FedEx deliveries -- and now the frightened, collapsing empires of the West are realizing our canine friends might have had the right idea all along. Perhaps it wasn't so "crazy" after all when they hurled themselves against the chain link or front door every time they saw the United Parcel delivery truck with its suspiciously Arabic logo, or the ominous "Ex" after "Fed" -- a code only our brave and humble four-legged friends could decode as "Ex-United States." But enough about shit-eating dogs being 100× smarter than any American human. Now that we're in crisis mode, it's time to announce the U.S. Plan of Action.

If you've still got a job, you'll want to immediately appoint yourself "Team Leader" and quickly go through your office or warehouse, gathering all parcels and packages. Put these safely in the dumpster right away! You can alert the Terror Police by posting an ad on Craigslist using the secret code "Free Stuff."

Once you're home, however, you must be even more diligent against the threat of parcels. Print as many copies of this handy guide as you can carry home without using a box, and for god's sake do it today, because all the printer cartridges will soon run out and we won't be getting any more of those: