The Week In Garbage Men: Asshole Teacher Decides To Resign Rather Than Call Trans Students By Their Names 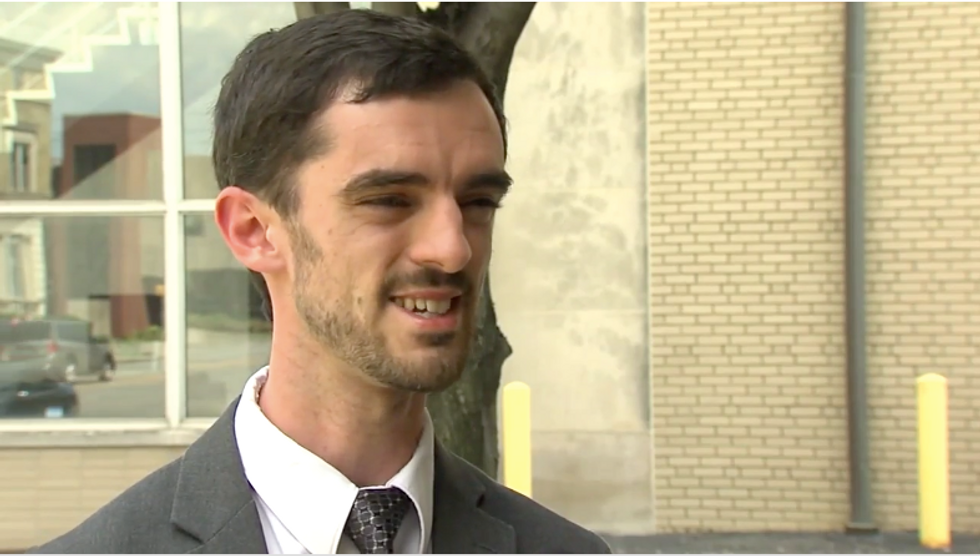 Meet John Kluge! He is a (now former) central Indiana Orchestra teacher who says he was "forced" to resign from his job rather than not deadname trans students.

Kluge was terribly upset when he received an email from the school administration explaining that all teachers would be required to use the names trans students chose to go by rather than the names they were given at birth, and that these name changes would be reflected in the school's database. Kluge, who had previously refused to do this, was told he could either comply, resign or be fired. Rather than be normal about it and just call the kids by their damn names, Kluge decided to resign.

"I'm being compelled to encourage students in what I believe is something that's a dangerous lifestyle," the 28-year-old said. "I'm fine to teach students with other beliefs, but the fact that teachers are being compelled to speak a certain way is the scary thing."

I wonder if he would consider it "compelled speech" if a male student named Francis preferred to go by Frank? I feel like he would not!

If he can't summon up the small modicum of human decency required to treat his students with enough respect to call them by their names, then it's definitely a good thing that he isn't teaching anymore. The parents of those children are paying his salary through their taxes, and they have every right to not want to subsidize his bullying of their children.

"Compelled speech" is a part of having a job, and your employer also has every right to restrict your speech at work if said speech is not appropriate for a work environment, or could lead to them being sued. This is why servers at restaurants read you the specials instead of telling you to fuck off. Duh.

I find it quite fascinating, really, that conservatives think that your employer should be able to fire you for literally any reason, including them simply having a bad day or not liking the color of your socks, but bristle at the thought of someone getting fired for something that could land their employer with a discrimination lawsuit. If you are a teacher, treating students with respect is part of your job, and if you cannot do that, then you need to find another career.

If you ask me, it is awfully entitled to think that your employer should have to pay out lots of money in lawsuits because you can't manage to not be a douchebag.

Kluge, who has worked in the district for four years, says he is pleading his case and hopes to get his job back. Let's hope he does not.

Anyway! This is now your open thread! Please enjoy this palate cleansing picture of Angela Merkel and our toddler president.