The Wonkette Geopoliticker: Everyone Welcome Newest Sort Of Country ‘Azawad’! 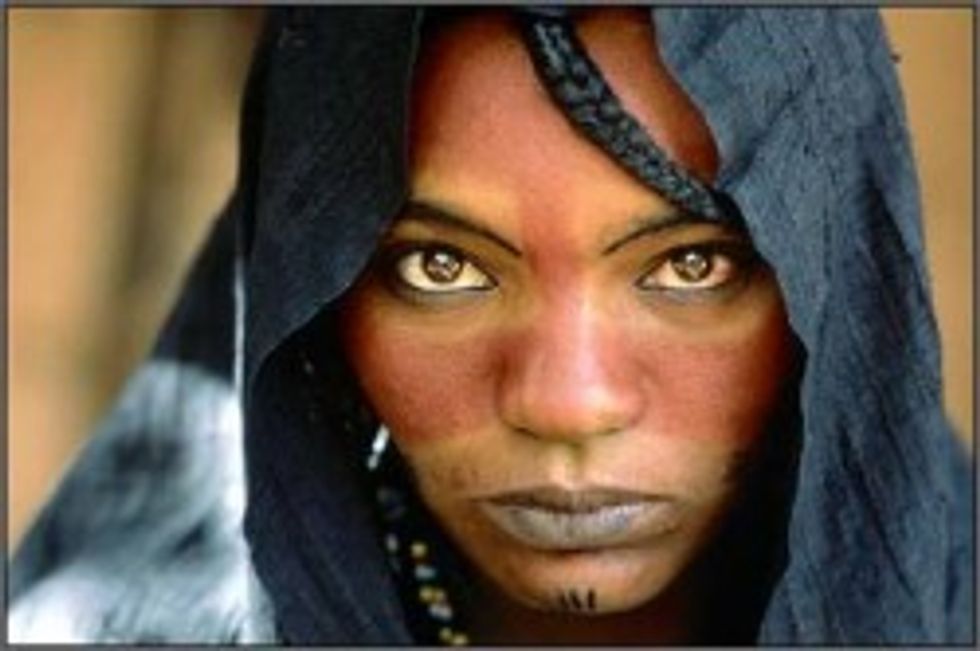 You remember Mali, right? That landlocked country in Western Africa? Well the northern two-thirds of it have seceded and Your Wonkette would like to be among the first to officially recognize its sovereignty and open diplomatic relations, as so far, no nation or international body has done so. Welcome, Azawad. We think you're great. We'd like to put you in our passport sometime.Azawad is here, everybody say hi!

We'd also like to offer a congratulations to the Tuareg people, an ancient group who are finally getting their first sovereign state (in the Westphalian era of nation states). Good on you, Tuaregs! You make the best music and have the coolest color of blue clothing. You've been treated as second-class Malian citizens, and now you get a chance to govern yourselves. Nice!

We'd also like to offer you some unsolicited advice: Stay Secular. You don't need that Holy Jihad shit salting up your game! We read that the black flags of Salafism have been seen flying in towns on the periphery of your three main cities, and that fundamentalist Muslim stuff is taking root there in the way of kidnappings and such. We urge you to stay cool, like you have been, denouncing al Qaeda and holding the absolutely coolest international music festivals and not encumbering your women. There's no future in fundamentalist, modern interpretations of Sharia Law, except of course in Oklahoma.

But you know that, you fledgling government, and that's why we love you. You've taken on a formidable foe: the African boundaries drawn by France, Britain, et al. that make NO sense in cultural and historic terms (see map). And you're like the best when it comes to adventure-tourism. Heck, VW even named an SUV after you!

So listen. We've got your back. The further partitioning of Africa makes total sense. Sudan's government, not known for kindness, even let its southern half secede last year as the cultural distinctions between the south and north were just so clear and obvious that it made no sense to keep them hostage. Mali, which says it will retake Azawad soon, would be wise to follow the lead of the evil warlords to their east, and let the Tauregs have their nation. Stop using Ukranian mercenaries to destroy herds of cattle from war helicopters. Be cool. Enjoy the grassy grasslands of the southern former Mali. Hang out. Let the borders redraw themselves in a more sensible, less insulting way than they're drawn now. Viva Azawad. And see you all, plus Bono, at the Festival of the Desert in 2013 when the fighting's over!