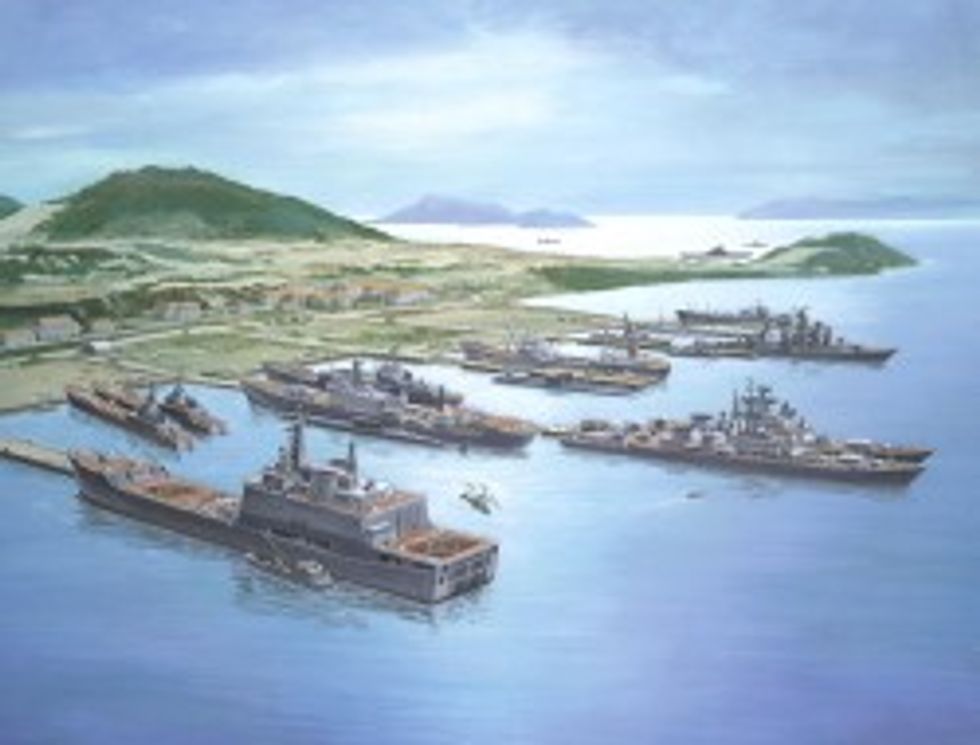 When Obama said our military would leave the Middle East and focus on the Pacific Region, he probably wasn't kidding. Secretary of Defense Leon Panetta was in Vietnam the other day laying the groundwork for what will be America's most important harbor (a fancy deep-water harbor, at that!) when it comes to circling our number one target, China. Cam Ranh Bay sits at a chokepoint for maritime traffic into the South China Sea, and Vietnam is just one domino to the south of the red foe. Setting up a permanent base there would be extremely annoying to China.

Vietnam for its part is totally willing to piss off China by letting us in if we'd only be so kind as to sell them some weapons, please. Makes sense, since we have the tyranny of distance on our side while they share a border with the offended.

This is just the latest move by the U.S. along these lines. So far, we've established a permanent marine base in Darwin, Australia (on the northern tip, facing China), are currently working to turn Guam into some kind of regional military hub, and the ink is barely dry on some new deals with the Philippines for military base access. Put them all together with the stuff we have in Okinawa and Japan and South Korea, and you've got China surrounded.

This is great news for the servicemen and women who get to hang out at the rad new Pacific bases instead of fucking Iraq in the middle of summer. Until, of course, it is time to go to #war with China. They just boosted their defense spending for the umpteenth time in a row including a hefty allocation for new nuclear submarines with over-the-horizon radar, the kind that can strike our fancy new bases-to-be. So enjoy the vacation while it lasts, which is probably until Mitt Romney gets elected and we go back to our traditional role of guarding the oil fields.