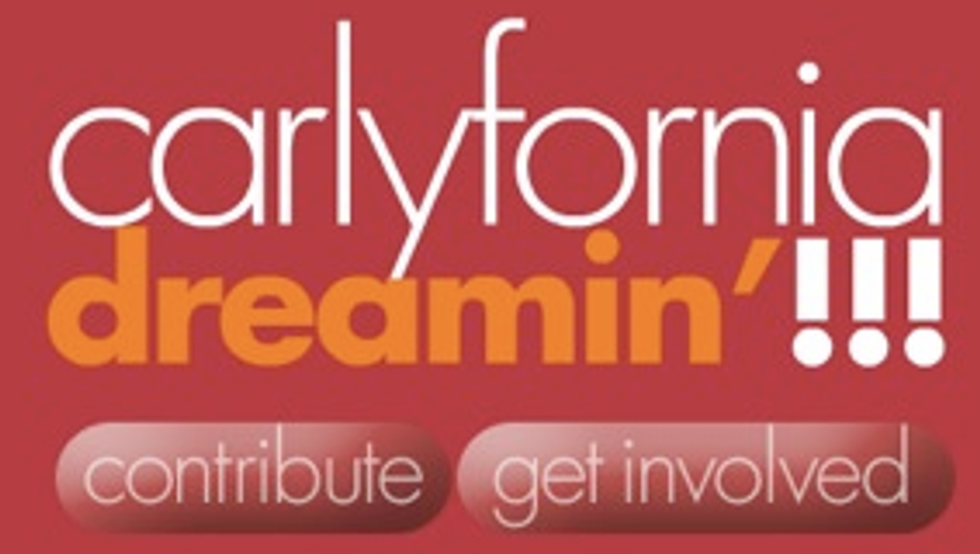 CarlyFiorina is notable for exactly one thing: like three weeks ago, she became famous for having the Internet's worst website. She thought it would be enough, you see, to let people know that the worlds "Carly Fiorina" sort of sound like "California," and this is how she expected to defeat Barbara Boxer for her Senate seat. Just by pointing out this one thing. But now there's a new Carly Fiorina thing! Specifically Fiorina, like eBay lady/gubernatorial candidate Meg Whitman, doesn't care for voting, just simply does not care for it.

Some muckraker from the San Jose Mercury News reports that Fiorina didn't vote from 1989 to 1999, despite the fact that New Jersey, where Fiorina was living at the time, presumably had literally a bunch of elections during that time period. Her spokesperson explains: "She's clearly on record saying it's bad not to vote, and she regrets not voting." Carly Fiorina owes everyone an apology website.