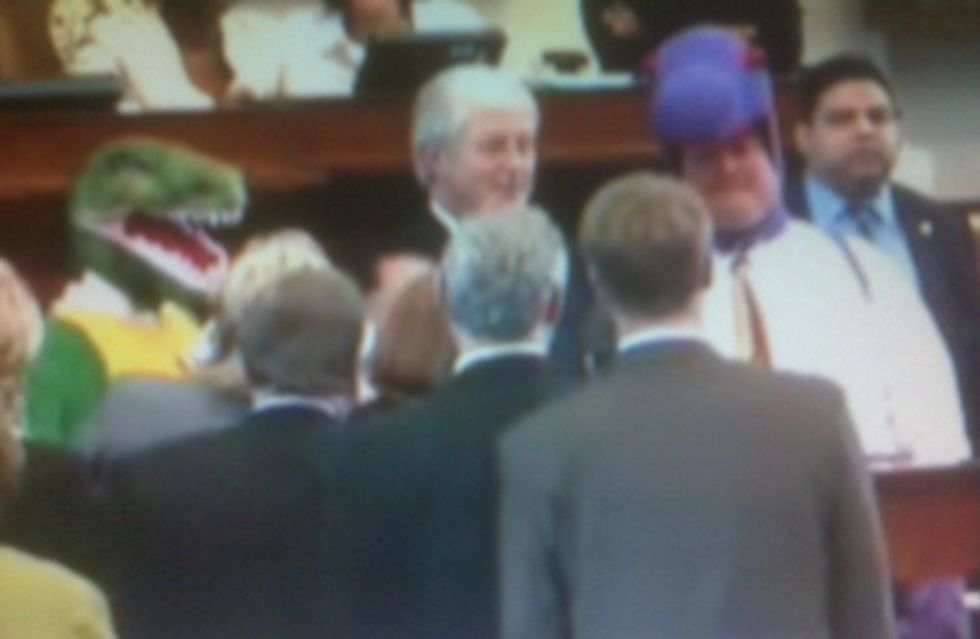 In this blurry, repulsive frame from actual Texas state government video shot today, a couple of sex-creep furries are standing/sitting around some Texas state representatives. BUT WAIT IT IS WORSE THAN THAT. While it has become all too common to see filthy furries in their filthy semen-encrusted fur-suits at any number of political events or legislative hearings touching upon themes of animals past or present, this is the first time the legislators themselves were the furries -- yes, the dino-furries pictures here are, in fact, Rep. Mike Hamilton(R-Mauriceville) and Rep. Mark Homer (D-Paris).

But, why? Oh who knows, some crap about the official state dinosaur of Texas, which is "Dino" from teevee's The Munsters, and is ridden by Jesus.

Terrible camera-phone picture of web video on a computer screen courtesy of an actual government employee in Texas who will not be named, so he won't whine forever about being fired.